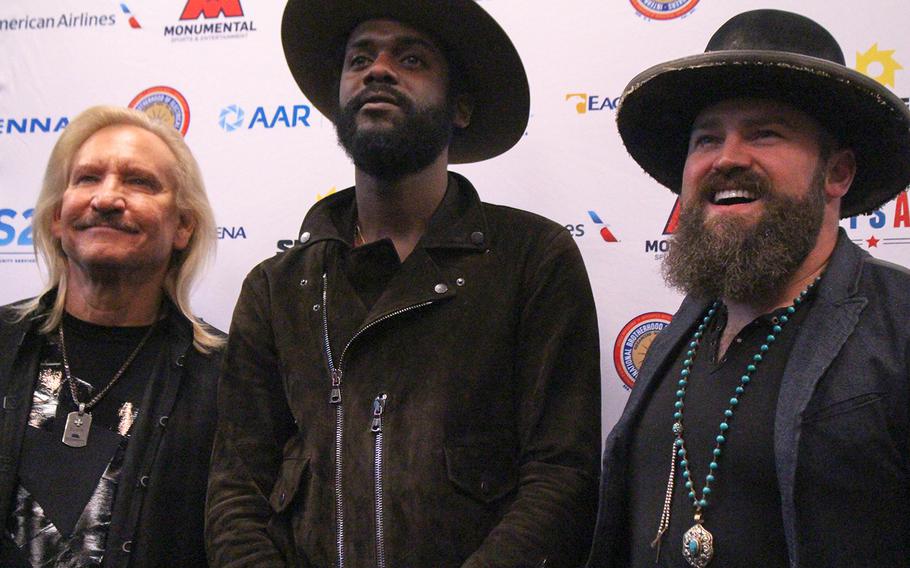 WASHINGTON – Grammy award-winner and Rock and Roll Hall of Famer Joe Walsh distributed $360,000 among 16 veterans’ organizations after VetsAid, a benefit concert he put together in September.

Walsh, 69, launched the initiative to help veterans and families of servicemembers who have died. He and Keith Urban, the Zac Brown Band and Gary Clark Jr. performed Sept. 20 at Eagle Bank Arena in Fairfax, Va.

Eight organizations received $40,000 grants from VetsAid, according to a statement from Walsh’s publicist. Another eight groups were each awarded $5,000.

“It’s the least I could do for those who have served and continue to serve our country,” Walsh said in a written statement. “We’re all in this together as Americans, and it seems to me lately that people are forgetting that.”

Walsh’s father, Lt. Robert Newton Fidler, died in Okinawa, Japan, in 1949 when Walsh was just 20 months old. During the concert, he said he hoped the night would be healing – for veterans, for families of fallen servicemembers and for himself.

He wants to expand VetsAid into an annual event modeled after Willie Nelson’s FarmAid, which benefits family farms.

Musicians are already committed to a concert next year, Walsh said.

Walsh focused some of the proceeds from the concert toward small, community-based groups.

“The smaller organizations between the coasts, those are the people I care about,” he said during a news conference before the concert in September. “They’re the people in the trenches that don’t have any budget, and just to keep them going is huge.”