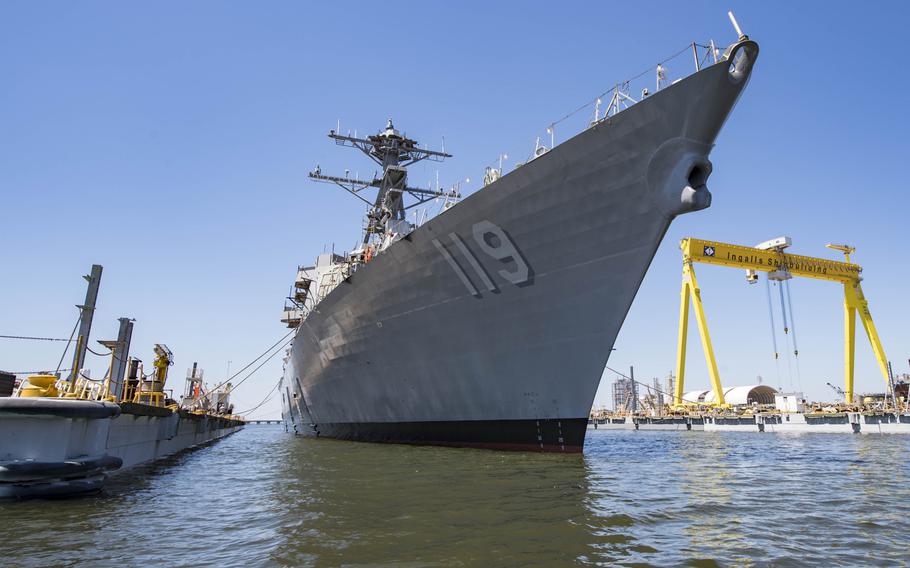 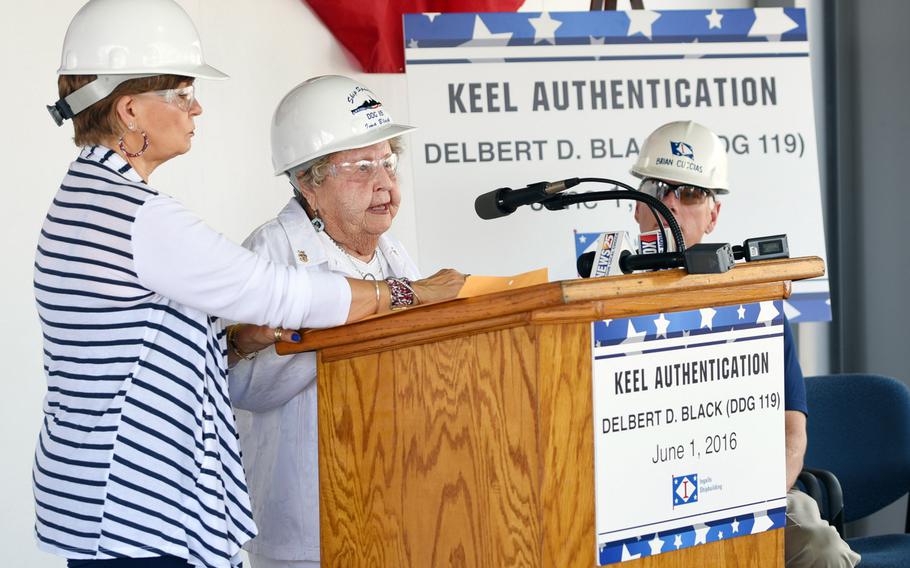 The first ship to bear the name of a master chief petty officer of the Navy will be christened at the Huntington Ingalls shipyard in Pascagoula, Miss., on Saturday.

The future USS Delbert D. Black will be the 69th Arleigh Burke-class destroyer to join the fleet, according to a Navy statement.

Delbert Black’s first assignment came in 1941 aboard the USS Maryland at Pearl Harbor, where he witnessed the Japanese attack that drew the U.S. into WWII. In 1967, he became the first master chief petty officer of the Navy, making him the service’s top advisor on matters related to enlisted sailors and their families.

The 9,500-ton warship is capable of speed in excess of 35 mph, according to the Navy. It was built under the Flight IIA design, which began production in 1994, to include a helicopter hangar and other features meant to aid combat closer to shore.

The Navy must add 23 cruisers and destroyers to its 30-year shipbuilding plan to build and maintain the 355-ship fleet model advocated by the Trump administration, according to Congressional Research Service estimates. Previous plans called for 308 ships.

The Navy has requested $3.5 billion this year to buy two destroyers. Some lawmakers have advocated purchasing up to four destroyers this year to save on initial costs, according to a Congressional Research Service report in October. Opponents have argued that buying more destroyers could reduce funding for other Pentagon priorities, the report stated.