Afghanistan: Remembering the fallen of 2020 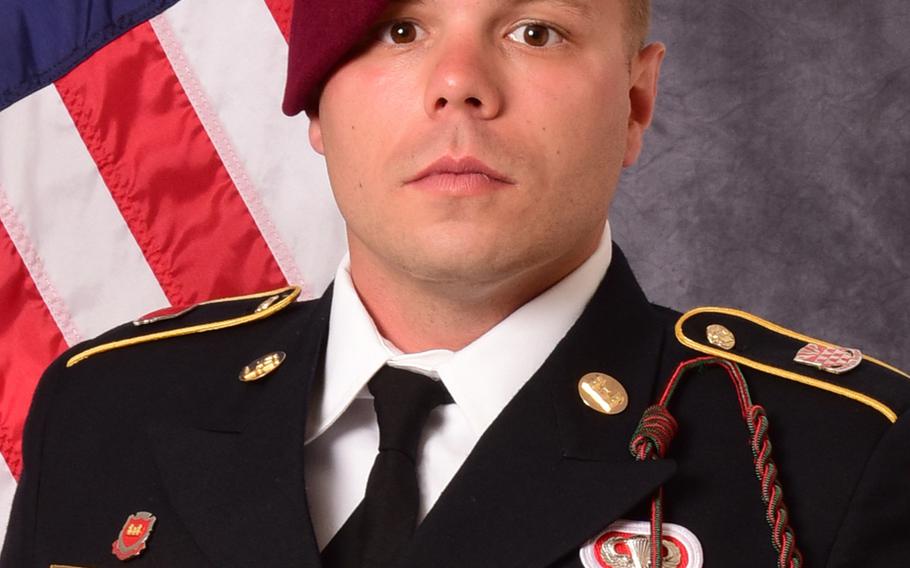 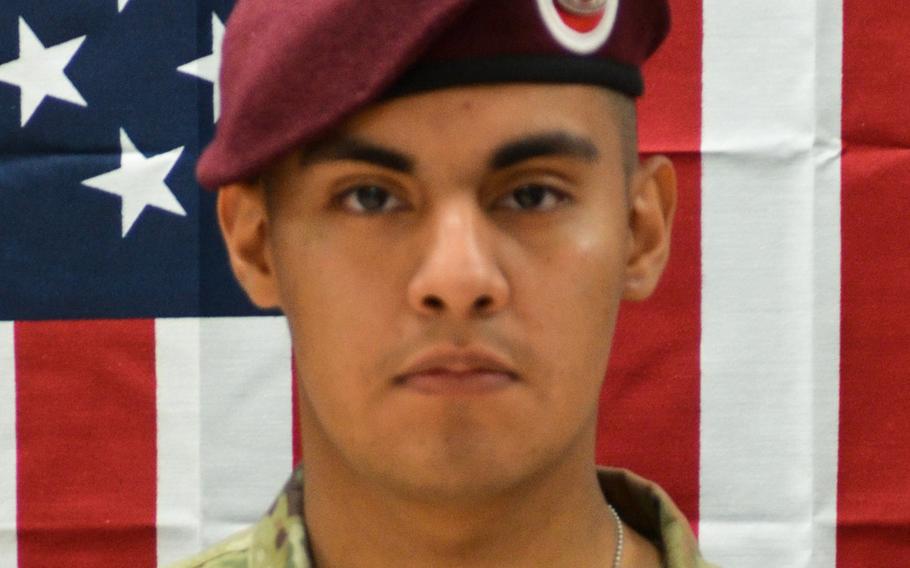 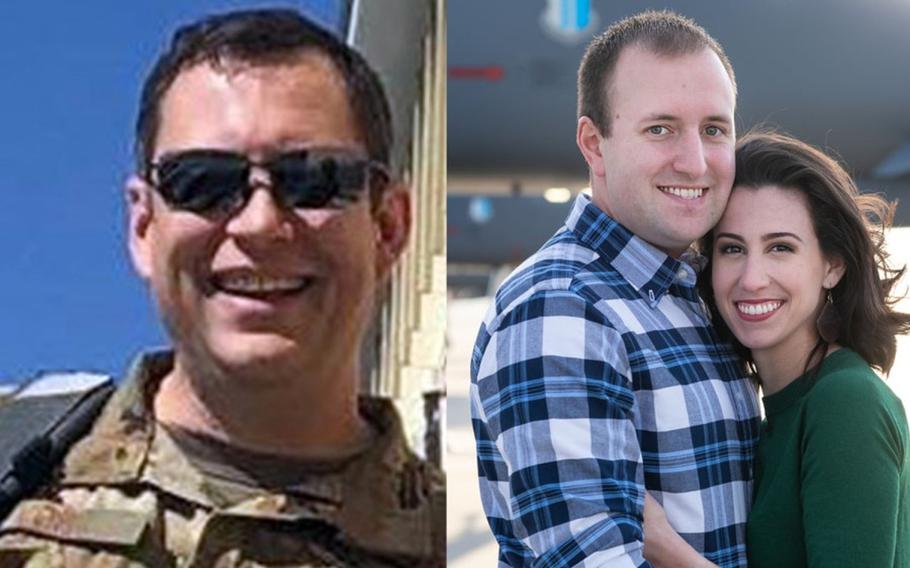 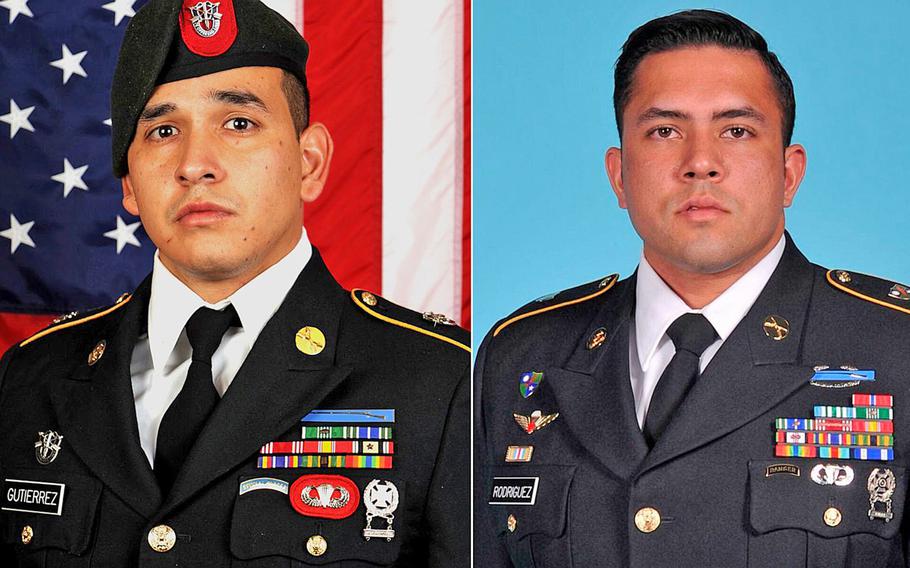 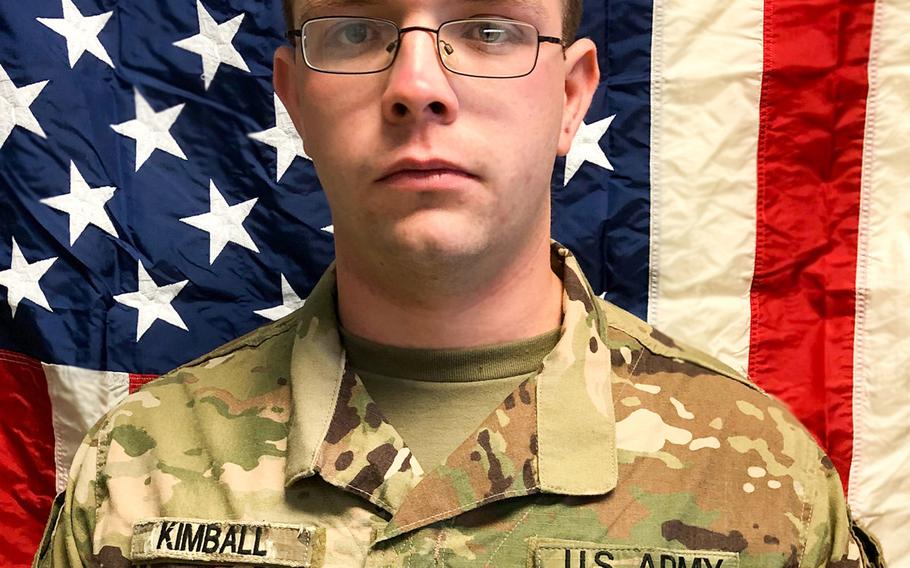 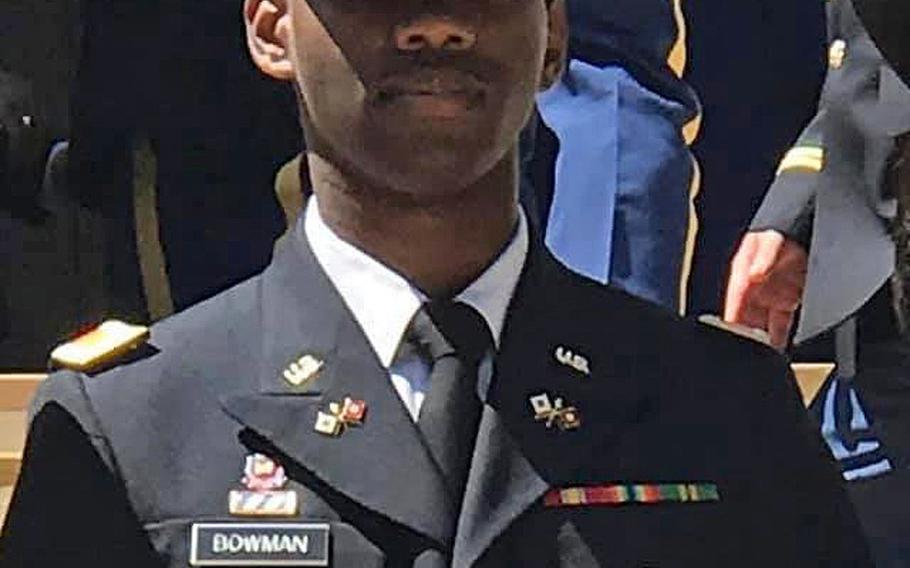 First Lt. Trevarius Ravon Bowman, 25, from Spartanburg, S.C., died at Bagram Airfield on Tuesday, May 19, 2020, in a noncombat incident. (Facebook) 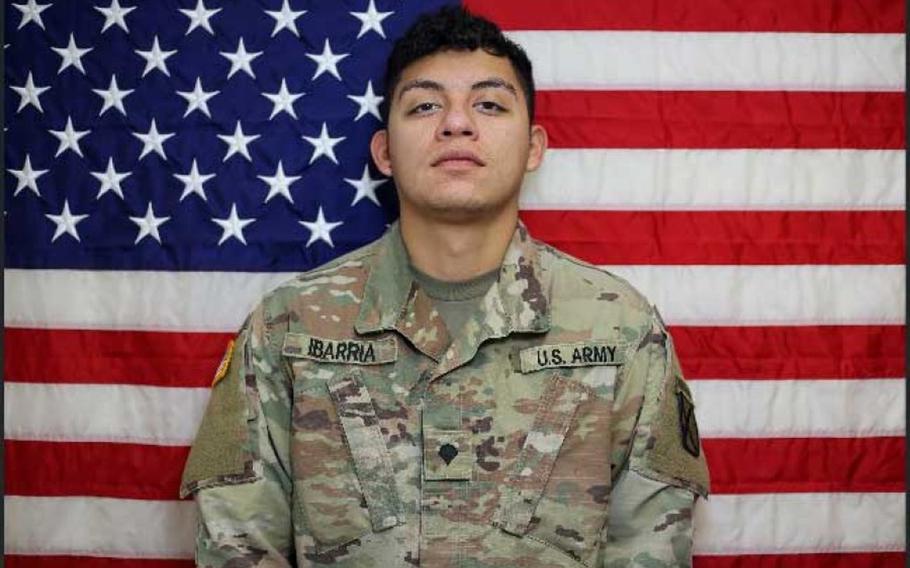 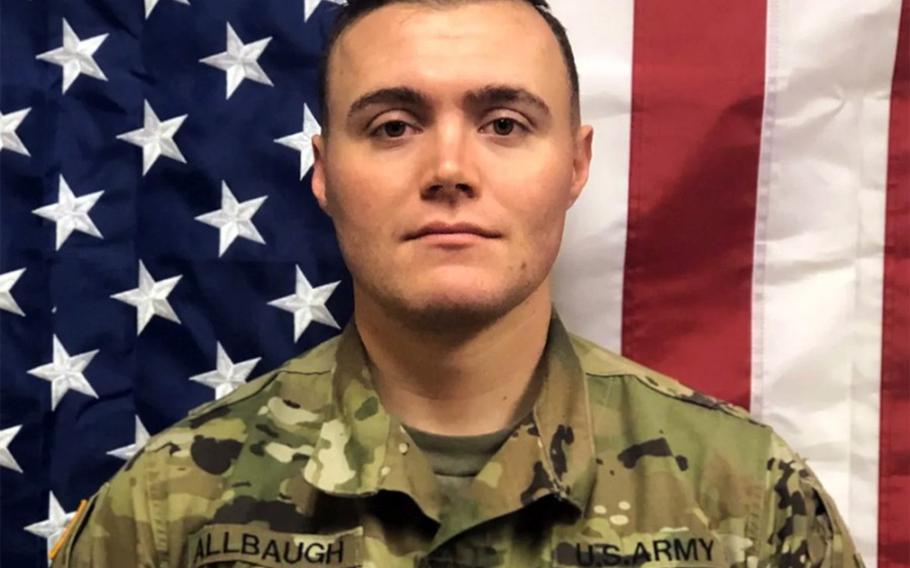 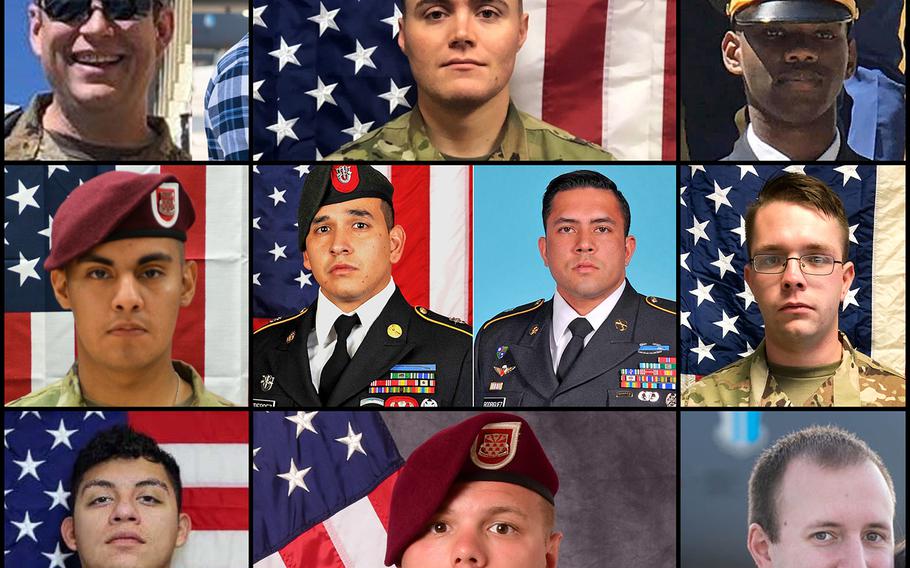 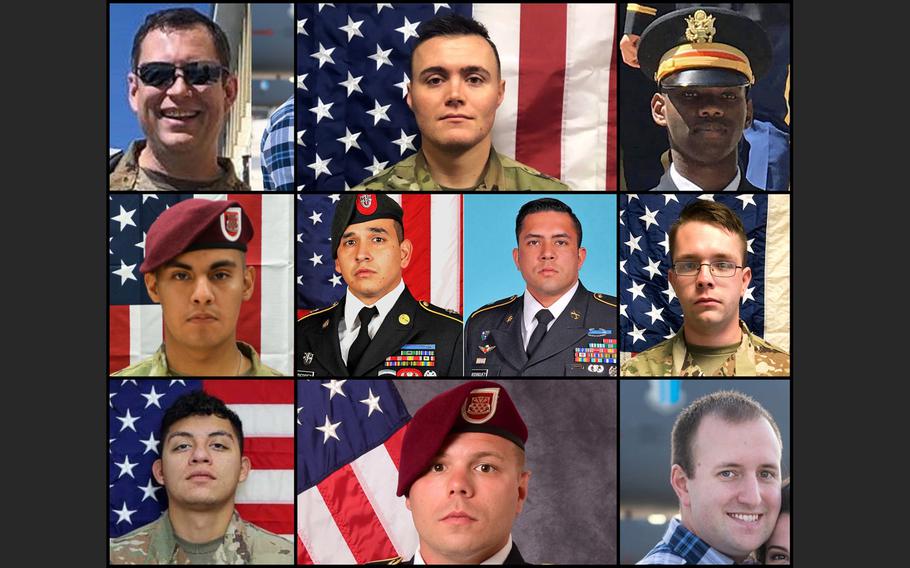 KABUL, Afghanistan — Ten American service members died in Afghanistan in 2020, including four who were killed in action, making for the lowest number of U.S. combat deaths in the country in a calendar year since the war began in October 2001.

All four combat deaths occurred before Feb. 29, when the Taliban agreed under a deal signed with the U.S. not to attack international troops and the Americans pledged to fully withdraw from the country by May, provided certain conditions were met.

U.S. troop levels in Afghanistan are expected to fall to around 2,500 by mid-January, the lowest they’ve been since the war started more than 19 years ago. The steep reduction in troop numbers, which were at around 13,000 before the deal was signed with the Taliban, is seen as an attempt by President Donald Trump to fulfill a 2016 campaign promise to extract the U.S. from “endless wars.”

More than 2,300 American service members have been killed in Afghanistan and over 20,000 have been wounded since the conflict began.

Ian P. McLaughlinArmy Staff Sgt. Ian P. McLaughlin, 29, died on Jan. 11, 2020 when his vehicle hit a roadside bomb in southern Kandahar province. He was on his first combat deployment and was killed alongside Army Pfc. Miguel Angel Villalon.

He joined the Army in 2012 as a horizontal construction engineer, before being reassigned four years later to the 82nd Airborne Division, where he became a squad leader.

“He wanted to serve,” said his cousin, Rachel Mathes. “He died doing what he wanted to do.”

McLaughlin’s awards and decorations include the Purple Heart and Bronze Star Medal.

He is survived by his wife and four children.

Miguel A. VillalonArmy Pfc. Miguel A. Villalon, 21, was killed on Jan. 11, 2020, when his vehicle struck a roadside bomb that also took the life of Army Staff Sgt. Ian P. McLaughlin and injured two other soldiers. The Taliban claimed responsibility for the blast.

An Illinois native, Villalon joined the Army in 2018 to become a combat engineer. He was on his first combat mission when he was killed.

“Miguel was a young soldier with dreams for the future and a desire to make a difference in the world today,” said Richard C. Irvin, the mayor of Aurora, Ill., where Villalon went to high school.

Villalon’s awards and decorations include the Purple Heart and Bronze Star Medal.

The crash was a noncombat incident that was not caused by enemy fire, the military said.

Voss, who grew up in Guam, was assigned to Air Combat Command headquarters at Joint Base Langley-Eustis in Virginia.

A grass-to-brass officer, Voss served 25 years in active duty with the Air Force and was on a voluntary deployment supporting the 455th Air Expeditionary Wing at the time of his death.

“Paul Voss was one of those rare mission commanders that enlisted service members would love to fly with,” Jimmy Santos, who deployed with Voss to Bagram Airfield in 2010, said on Facebook.

Voss’s decorations include the Meritorious Service Medal and the Aerial Achievement Medal.

He is survived by his wife Shannon and their three daughters.

The crash was a noncombat incident that was not caused by enemy fire, the military said.

Phaneuf was assigned to the 37th Bomb Squadron at Ellsworth Air Force Base, S.D., and was flying in support of Operation Freedom’s Sentinel at the time of his death.

The Hudson, N.H., native entered active duty in June 2012 after being commissioned through ROTC.

He dreamed of becoming an Air Force pilot and wrote about it in his high school yearbook, ABC affiliate WMUR in Manchester, N.H., reported.

Phaneuf’s awards and decorations include the Air Force Commendation Medal.

He is survived by his wife Megan Murat Phaneuf.

He was born in Jacksonville, N.C., but grew up in Texas. He enlisted in the Army in 2009 and, in 2015, graduated as a Special Forces communications sergeant and reported to 7th Group.

He had deployed once to Iraq as a paratrooper and was on his first deployment to Afghanistan when he died.

“Sgt. 1st Class Gutierrez was a warrior that exemplified selfless service and a commitment to the mission, both values that we embody here in the 7th Special Forces Group,” Col. John W. Sannes, 7th Group commander said in a statement.

He is survived by his parents, his wife Gabriela Elena and their four children.

Born in Las Cruces, N.M., Rodriguez enlisted in the Army in October 2009 after graduating from high school that spring.

He was first assigned to 3rd Battalion, 75th Ranger Regiment, out of Fort Benning, Ga., and deployed eight times as a Ranger. In 2018, he reclassified as a cryptologic linguist with Spanish as his chosen language. He deployed twice with 7th Group.

“Sgt. 1st Class Rodriguez was selfless and served honorably; he was certainly among the best in our unit,” 7th Group commander Col. John W. Sannes said in a statement.

Rodriguez is survived by his parents and his wife Ronaleen.

A native of Central Point, Ore., Kimball joined the Army in 2016 and served as an aircraft structural repairer. He was on his second deployment at the time of his death.

His awards and decorations include the Afghanistan Campaign Medal with Campaign Star.

“He will be missed from our formations,” said Lt. Col. Kamil Sztalkoper, spokesman for the 10th Mountain Division, which the 10th Aviation Regiment is part of.

Kimball is survived by his mother and three brothers.

Originally from Spartanburg, S.C., Bowman was assigned to Company B, 198th Signal Battalion, 261st Signal Brigade, out of Newberry, S.C. The unit is attached to the 228th Theater Tactical Signal Brigade with the South Carolina National Guard.

He earned a bachelor’s degree in information management systems from the University of South Carolina Upstate and joined the university’s Palmetto College campus as an IT specialist in 2018, according to the USC website.

Bowman’s awards and decorations include the Army Reserve Component Achievement Medal, the Army Commendation Medal and the Afghan Campaign Medal.

His sister, Kierra Bowman, his sister, said on Facebook that his death had taken his family by surprise.

A fellow soldier with the Facebook name Stubaby Rogers said Bowman had “inspired me to continue to reach for new heights in the military.”

He was originally from San Antonio, Texas, and was deployed to Afghanistan to support Operation Freedom’s Sentinel.

“I’m lost for words right now I can’t believe you are gone,” said Trey Davis, who described Ibarria as his best friend, in a Facebook post. “You will never be forgotten bro I love and miss you so much bro. I hope you’re looking down and smiling at the boys.”

Joseph T. AllbaughArmy 1st Lt. Joseph T. Allbaugh, 24, died in a noncombat incident in Kandahar province on July, 12, 2020. He was serving as an engagement operations cell battle captain at the time of his death.

He was raised in Folsom, Calif., and graduated from Vanguard University in 2018 with a psychology degree. He was commissioned through the ROTC as an Army air defense artillery officer.

“The loss of 1st Lt. Joseph Allbaugh is devastating for everyone,” Col. Charles Matallana, the 108th Air Defense Artillery Brigade commander, said in a statement.

He is survived by his wife, Ashley.