“The injured civilian was escorted by our partner forces to a nearby medical care facility along with an accompanying family member,” CENTCOM spokesman Col. Joe Buccino said in the release. “He received care and was released back to his family.”

ISIS sleeper cells continue to carry out deadly attacks in Syria and Iraq. The militant group once ruled large swaths of both countries but lost its last stronghold in 2019. In late December, U.S.-backed, Kurdish-led Syrian Democratic Forces announced "Operation Al-Jazeera Thunderbolt," citing a surge in ISIS attacks, to target sleeper cells in the areas of al-Hol and Tal Hamis in the country's east, The Associated Press previously reported.

Roughly 900 U.S. troops are deployed to Syria. CENTCOM reported conducting some 313 operations against ISIS in 2022 in Syria and Iraq, mostly in cooperation with the Syrian Democratic Forces forces, The Associated Press reported.

“ISIS represents a threat to our partners, and to the people of Iraq and Syria and beyond,” Buccino said in the release. “Our mission to defeat ISIS alongside our partners continues.” 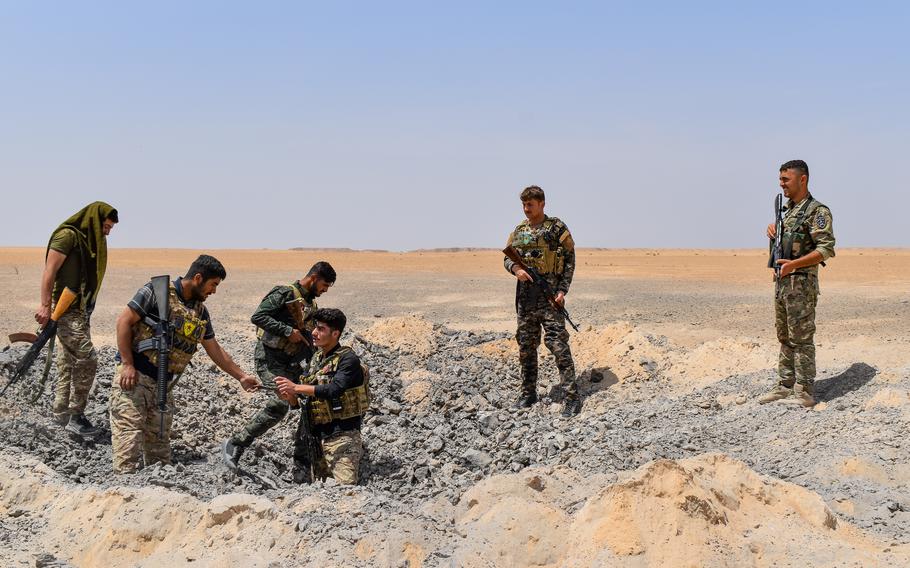 Syrian Democratic Force soldiers conduct a patrol during a joint operation with U.S. Army soldiers in Syria on May 8, 2021. (Isaiah J Scott/U.S. Army)