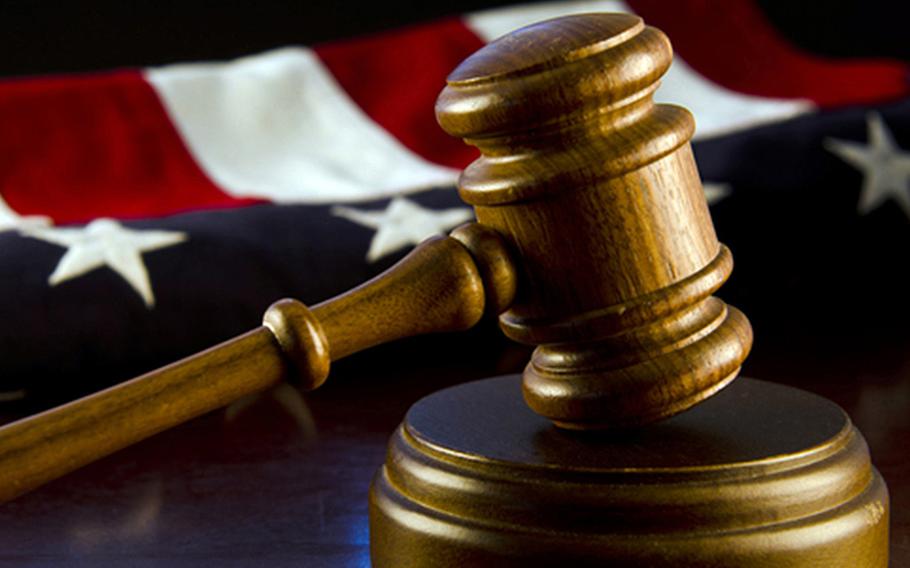 An American man faces up to 20 years in federal prison for trying to travel overseas to fight for the Islamic State group in the Middle East, the Justice Department said.

“I gotta fight, bro,” McCormick said in a 2019 conversation, according to a statement from federal prosecutors. “I need a rifle and I need some people. I need Islamic law.”

A federal judge ordered that McCormick receive mental health treatment while awaiting trial, according to an October 2020 court filing.

McCormick’s medical records showed a long history of mental health issues. He was “unable to understand the nature and consequences of the proceedings against him or to assist properly in his defense,” the filing said.

McCormick suffered from psychosis, a condition in which some people have difficulty determining what is real, court documents said.

Doctors declared McCormick competent to stand trial in an October 2021 court filing, but they cautioned that his condition could deteriorate without medication.

Law enforcement began tracking McCormick in October 2019, according to an FBI affidavit.

Two Islamic centers he visited in the fall of that year became alarmed when he made statements supporting ISIS and expressed a desire to travel to Syria to fight, the affidavit said.

Members of the Islamic centers contacted authorities, who found that McCormick had been posting in support of ISIS on his Facebook page. The affidavit noted that McCormick likely had mental health issues.

McCormick started behaving erratically after losing his job as a driver in September 2019. Investigators said that after hearing he would be fired, McCormick tried to buy a gun and a knife.

His purchase was rejected after he said the items were “not for an animal.”

In October 2019, he attempted to board a flight to Jamaica but was prevented from flying by the Department of Homeland Security. An FBI informant began speaking with McCormick at this point, the affidavit said.

McCormick told the informant that he had planned to travel from Jamaica to Syria to fight, and he asked for weapons, such as an AK-47 and a machete.

The FBI source introduced McCormick to another informant. McCormick told the second informant that he was angry at his parents and that his fight was with “the whole world, bro,” according to the Justice Department statement.

Both informants met with McCormick on Oct. 19, 2019, and explained to him that they could smuggle him to Syria if he flew from Connecticut to Canada and then onward to the Middle East.

The two then videotaped him pledging allegiance to ISIS and its leader, Abu Bakr al-Baghdadi.

Before pledging allegiance, he spoke to the FBI informants about how he would have to be killed in a gunfight before he would be defeated, unlike other ISIS fighters who he said gave up.

“I’m not going to jail, bro,” he said, according to the Justice Department statement.

On Oct. 21, 2019, McCormick and the informants traveled to a small private airport in New Haven, Conn. Federal agents arrested McCormick as he approached the plane, the affidavit said.

McCormick’s sentencing is scheduled for April 6, 2023.