In blow for US, Turkey closes in on Russia-backed Assad deal

Turkey, Russia and the United Arab Emirates are redoubling efforts to rehabilitate Syria’s President Bashar al-Assad and shape the decade-long war in his country, to the detriment of U.S.-backed forces.

Turkey, which backed the 2011 rebellion against Assad, is now prepared to publicly recognize his rule over Syria and work to rebuild diplomatic, security and trade ties, people briefed on the Turkish position said.

In return, Turkish President Recep Tayyip Erdogan wants Assad to rule out allowing the U.S.-backed Kurdish YPG to form an autonomous area in northern parts of the country that they currently control, as part of any future peace agreement, the people said.

Erdogan floated the idea of meeting with Assad as recently as Thursday after high-level meetings between Syrian and Turkish officials last week in Moscow.

“We will come together as leaders according to the developments,” Erdogan said in reference to a future meeting with Assad and Putin.

The shift is backed by Assad’s major military ally Russia and the UAE, which has sought to improve Assad’s standing in the Middle East to help balance Iranian influence in Syria. Syria remains under strict Western sanctions and is suspended from the Arab League.

Turkey and Syria mending ties “will be a success for Russia,” said Elena Suponina, a Middle East expert based in Moscow.

In particular, Ankara’s new partnership with Damascus will strengthen the Kremlin’s role in the Middle East and put pressure on Washington pull out its remaining foothold in Syria. “The U.S. needs to understand that its presence there is unnecessary and unjustified,” Suponina said.

Whereas several years ago countries in the region would have looked on such a rapprochement negatively, they are now supportive and that is an important shift, she said.

“Today countries in the region are increasingly acting independently of the U.S.”

Russian President Vladimir Putin had originally proposed Turkey repair ties with Assad last year during a meeting with Erdogan in Sochi. Now Erdogan has warmed to such a deal as he heads into elections this summer, the people said, as he seeks to use foreign policy to bolster his popularity at home. For Russia, such a deal will help it show it can successfully challenge U.S. influence in Syria.

“We will not normalize and we do not support other countries normalizing relations with the Assad regime,” U.S. State Department spokesperson Ned Price said on Thursday when asked about a potential Erdogan-Assad meeting.

“We’ve seen reports of potential meetings, whether it’s a bilateral meeting, whether it is a trilateral discussion involving Russia as well,” he said.

Erdogan has asked Russia to ensure the safety of Syrian refugees who could return home as fighting eases, the people said. He wants to ease the political and economic cost of hosting the world’s largest refugee population, or some 3.5 million people according to U.N. estimates. Pushing for a return, or the start of one, helps boost his popularity ahead of elections, the people said.

Syria’s uprising quickly morphed into an international conflict drawing in Russia, Iran, Turkey and the U.S. and reverberating across the Middle East and Europe. Assad remains under U.S. and European sanctions over the war, which the U.N. estimates has killed more than 350,000 civilians. Russia and Iran used the conflict to deploy and test out arms that are now operating in Ukraine.

Erdogan repeatedly warned of a Turkish incursion in northern Syria to push back the YPG, something the U.S. has said could embolden Islamic State militants and other hard line fighters still present there.

A political deal with Assad could help Erdogan claim a victory against the YPG without risking a military operation and greater U.S. ire, the people said, adding that Russian and Turkish troops are expected to start joint patrols along border areas with northern Syria soon. Syria could also start coordinated patrols in the future there.

The YPG and allied fighters in northern areas of Syria bordering Turkey are supported by the United States and estimated to control roughly a third of Syria’s territory. Ankara views the YPG as a threat due to its ties to an outlawed Kurdish group which has sought self-rule in Turkey for decades. The Syrian government also opposes any form of eventual Kurdish autonomy in Syria.

The foreign ministers of Turkey, Russia and Syria are expected to meet this month to discuss the decade-long conflict and how to align their interests, people familiar with the preparations said.

As part of a flurry of diplomatic activity around Syria, the UAE’s foreign minister met Assad in Damascus on Wednesday and reiterated support for a political solution to the conflict.

The wealthy Gulf state has moved closer to Assad, with the Syrian president visiting the country last year, his first trip to an Arab state since the start of the war. It was one of the strongest signs that Gulf leaders who initially supported a rebellion against him are ready to welcome Damascus back into the Arab fold. 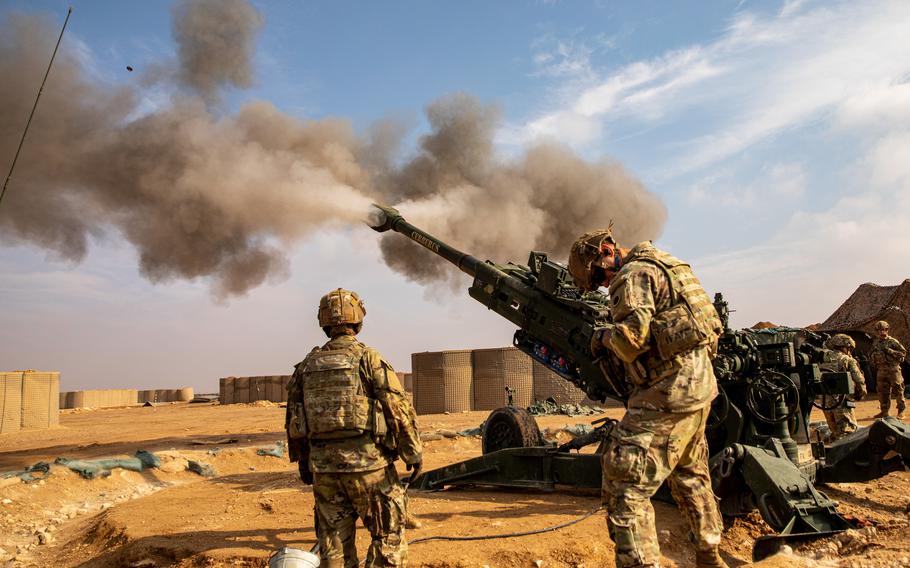