Taliban divisions inflamed by sweeping restrictions on women in Afghanistan 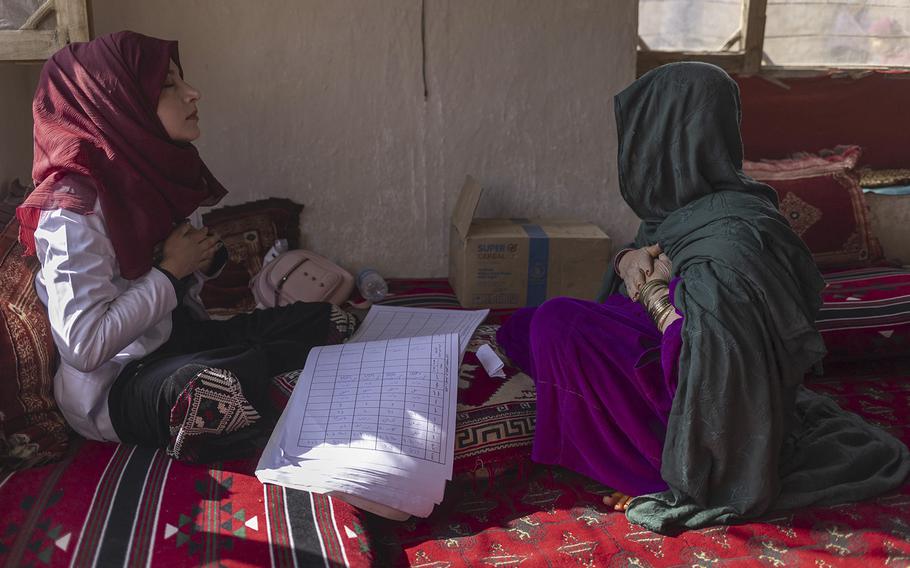 A worker helps a woman with a breathing exercise to ease her anxiety at a mobile health clinic in Kabul Province, earlier in October 2022. (Victor J. Blue/Bloomberg )

The Taliban's sweeping orders to restrict women's rights have exacerbated divisions in the militant group to the point where rival factions are surrounding themselves with loyal troops, according to people familiar with the matter.

The Taliban last week prohibited women from attending universities or working in nongovernmental organizations, adding to directives this year banning them from using gyms, amusement parks and public baths - as well as the ability to travel more than 70 kilometers (43 miles) without a male escort. The moves sparked outrage among Afghans and the international community, with even some friendly Islamic countries expressing opposition.

The conservative decrees were ordered by the militant group's rarely seen supreme leader, Haibatullah Akhundzada, who rules from the southern city of Kandahar and issues edicts via a religious council of Taliban clerics, said the people, who asked not to be identified discussing sensitive matters.

A group of Taliban leaders is pushing back against Akhundazada, the people said, led by Defense Minister Mohammad Yaqoob, the son of the group's deceased founder Mohammad Omar, and Interior Minister Sirajuddin Haqqani, leader of the Haqqani Network, who is on the FBI's most-wanted list for terrorism. Their attempts to meet with the supreme leader to discuss the matter have so far been rebuffed, the people said.

Tensions are so acute now that both factions are gathering loyal personnel in case the conflict escalates into fighting, the people said. Yaqoob and Haqqani hold fort in the capital Kabul, while Akhundzada's base is Kandahar - where the Taliban movement arose in the early 1990s.

While Afghanistan has a national army made up of Taliban soldiers and some troops from the U.S.-trained force that was defeated last year, many top ministers in the current government are former warlords or militia leaders that still command the loyalty of thousands of fighters.

Due to their positions in government, the younger Taliban leaders - Yaqoob and Haqqani - have access to billions of dollars worth of military equipment left behind by the American military. Akhundzada's loyalists are mostly drawn from local armed militias in Kandahar and like-minded religious leaders who have fighters of their own, the people said.

Bilal Karimi, a spokesman for the Taliban-run government, denied any "disunity and discord among Taliban leaders" over the orders on women, and said he wasn't aware of any attempts by Yaqoob and Haqqani to meet Akhundzada.

"Every member of the Islamic Emirate respects and obeys the supreme leader's orders," Karimi said in a phone call. "The power of obedience is unbreakable." 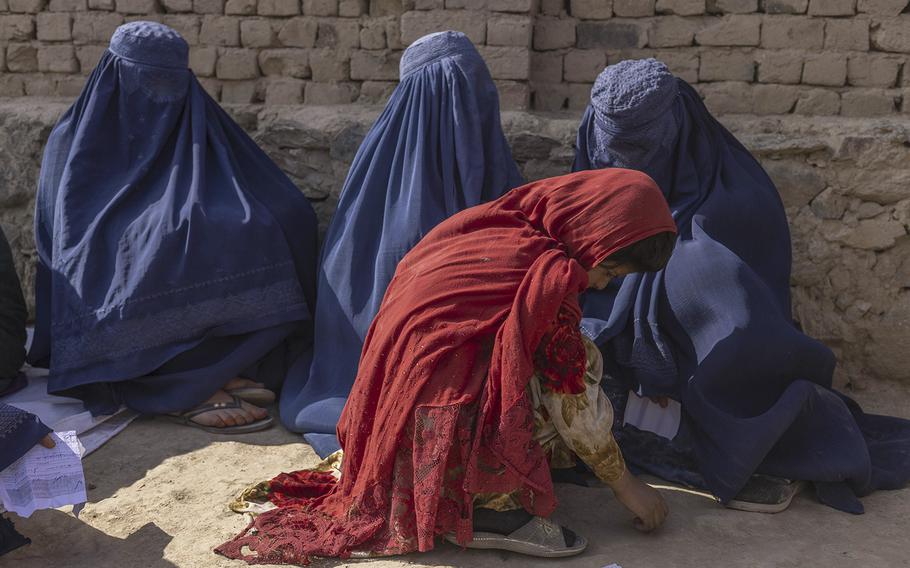 Still, Yaqoob and Haqqani have expressed a difference on issues of women's rights. A spokesman for the Interior Ministry, Abdul Nafi Takor, said by phone that Haqqani "wants a resolution to the issue of female education and employment, and the creation of a pure Islamic environment in which girls and women can study and work."

A Defense Ministry spokesman, Enayatullah Khwarizmi, declined to comment on Yaqoob's views on the latest restrictions on women. In an interview with NPR in August, Yaqoob said he was "serious" about preparing the ground for all girls to return to school.

Neither spokesperson would comment on suggestions of discord between the two ministers and supreme leader Akhundzada.

This isn't the first time that fissures have erupted within the Taliban over issues including women's rights. The New York Times reported earlier this year that Mahdi Mujahid, a Shiite Taliban commander, severed ties with the group's leadership and led an uprising in his northern hometown of Balkhab. That resulted in weeks of fierce fighting until Mujahid was apprehended while fleeing to Iran and later killed.

When the Taliban took over Kabul last year, leaders of the group sought to reassure the world that it would have more respect for women's rights, including ensuring they receive an education. But Akhundzada earlier this year hinted at a return to the harsh laws in place when the Taliban ruled Afghanistan in the 1990s.

"Why are you meddling in our affairs? I am not here because of your orders, nor do I accept them, nor do I take one step forward based on them," he said at an extremely rare appearance at a religious event in capital Kabul in June, referring to international calls for more freedom for Afghan women. "Nor do I compromise on sharia even if you use an atomic bomb."

U.S. Secretary of State Antony Blinken said the decisions barring women from education and work could be "devastating" for the Afghan people and stymie the Taliban's efforts to gain recognition and support. Nations such as Pakistan and Qatar, which both have close ties with the Taliban, expressed disappointment and called for the decisions to be reconsidered.

Within Afghanistan, some men have also protested the decision to ban women from attending universities. Several aid organizations - including the largest group working in the country, the International Rescue Committee - suspended operations following the move to bar female employees, potentially disrupting humanitarian aid to millions of people during the harsh winter months.

Many Taliban officials educate their families - including daughters - in places like Pakistan, Qatar or the United Arab Emirates, according to Graeme Smith, a senior consultant with the International Crisis Group's Asia Program, focusing on Afghanistan.