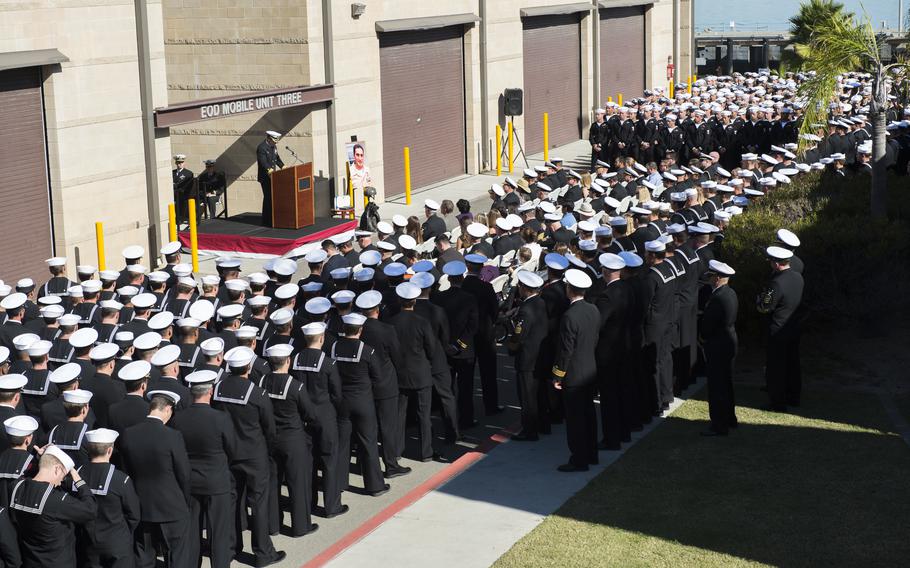 The families of three active-duty or former U.S. service members killed by the Islamic State are suing a French company that pleaded guilty to providing material support to the terrorist group.

The lawsuit alleges that Lafarge, a cement manufacturer based in Paris, helped fund the terror group’s deadly attacks by giving millions of dollars in bribes to them to keep a plant running during the Syrian civil war.

That funding “provided ISIS the seed capital it needed to transform from a fledgling militia in the early 2010s into a brutal terroristic behemoth with the capability and intent to kill Americans,” according to the lawsuit, which was filed Thursday in the federal Eastern District of New York.

Finan and Dayton were members of Navy explosive ordnance disposal teams killed while fighting ISIS as part of the U.S. campaign against the group in 2016. Finan was killed in Iraq and Dayton died in Syria. 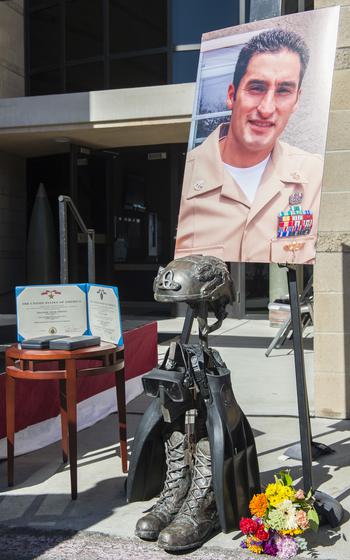 Berry, a former Marine, was working in Libya as a civilian when he was killed in an attack on his hotel in 2015 by ISIS militants.

The civil lawsuit follows Lafarge’s guilty plea in October to conspiring to provide material aid to ISIS and the al-Nusrah Front, both U.S.-designated foreign terrorist organizations.

Lafarge agreed to pay $778 million in fines and forfeitures as part of the Justice Department’s first prosecution of a corporation for providing material support for terrorism, a department statement in October said.

Lafarge said at the time that it has accepted responsibility for the actions of the individual executives involved, calling their behavior a flagrant violation of the company’s code of conduct.

The Holcim Group, which acquired Lafarge in a 2015 merger, declined to comment on the lawsuit.

In a statement on its website this fall, the company said it supported Lafarge’s settlement but distanced itself from the illicit actions, saying that they occurred before the merger.

Prosecutors said Lafarge routed nearly $6 million in unlawful payments to terrorist organizations as part of deals to safeguard its cement plant in northern Syria from 2013 to 2014.

These agreements included deals to share revenue with terrorist groups and to block competing cement companies from passing through the Islamic State’s armed checkpoints, prosecutors said.

Executives tried to hide their partnership with ISIS by using private emails and fake invoices and by telling the terrorist group to stop putting the company’s name on checkpoint passes, court documents said.

The plant, completed shortly before the civil war, which started in 2011, cost $680 million and could produce 160 truckloads per day, or about $500,000 worth of cement, according to court documents.

While other companies fled Syria as it descended into bloodshed, Lafarge sought to keep its plant running by negotiating with armed groups, U.S. investigators said.

As a result of Lafarge’s “donations” to armed groups, the cement plant garnered the company $70 million, court documents said.

The families of the service members are suing for unspecified damages under the Anti-Terrorism Act, which allows citizens injured in an act of terrorism, or their estate, to hold parties legally responsible if a link between the support and the violent actions is established.