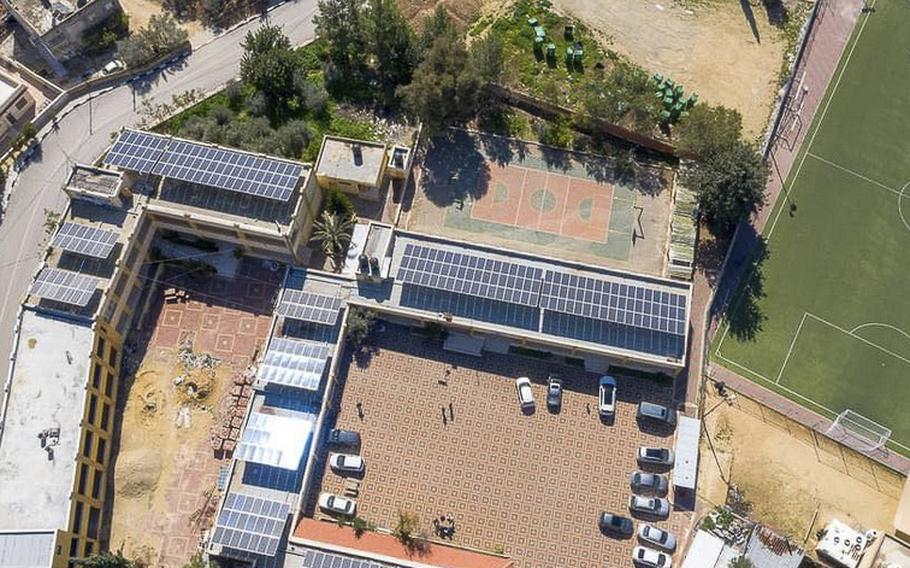 Gaza’s gas reserves are seen as a “pillar to improving its fiscal plans,” said Zafer Milhem, chairman of the Palestinian Energy and Natural Resources Authority (PENRA/Facebook)

GAZA CITY — Europe's race to secure alternatives to Russian energy supplies is reviving a long-forsaken Palestinian initiative to extract natural gas off the coast of the blockaded Gaze Strip.

Palestinian officials said that rapidly advancing negotiations with Egyptian investors could bring a rare glimmer of hope to Palestinians, after plans to develop Gaza's gas - along with plans for the creation of a Palestinian state - were sidelined by more than two decades of grinding conflict with Israel and equally intractable Palestinian political divisions.

The $1.4 billion project, which will be finalized by February 2023 and may launch gas production by March 2024, will be a high-stakes collaboration among the Palestinian Authority, Egypt, Israel and Hamas, the Islamist militant group that rules the Gaza Strip. Hamas and Israel have engaged in four devastating wars in the Gaza Strip. Both will need to be, at least tacitly, on board.

The multilateral partnership will also, industry and political analysts say, throw a lifeline to the cash-strapped and deeply unpopular Palestinian Authority, which is based in the West Bank and has for the past 15 years held no authority in the Gaza Strip.

"We've been waiting for this development and the prosperity that comes with it," he said. "I hope this will be a step toward the future."

Since first discovered by British Gas in 1999, Gaza's natural gas - estimated to be 1 trillion cubic feet - has been mired in the Israeli-Palestinian conflict, and locked below sea.

In 2000, a day after Palestinian nationalist leader Yasser Arafat hailed the gas discovery as a "a gift from God," the second intifada erupted. Israeli Prime Minister Ariel Sharon halted the project, warning that the profits could be channeled to Hamas and other militant groups.

But the booming global energy market and increased regional energy collaborations have spurred progress, and they could finally open up one of the Palestinians' few, potentially very lucrative natural resources, said Palestinians involved in the negotiations.

In October, Egyptian Petroleum Minister Tarek el-Molla announced a framework agreement between the Egyptian and Palestinian sides, with close oversight and unofficial consent by Israel. The Palestinian Authority ratified the deal that month and says that it is waiting for Israel, which is planning to swear in its next government, to send an official "letter of comfort" to officially greenlight the project.

Israel's new prime minister-elect, Benjamin Netanyahu in 2011 called the proposal "good for stability, good for prosperity and good for peace." And Palestinian negotiators said they have received positive signs from Israelis when discussing the issue in recent years at the East Mediterranean Gas Forum, in which Israel and Palestine are both member states.

The offices of Netanyahu and Bezalel Smotrich, the head of the far-right Religious Zionist party that is expected to be the second-largest in the incoming Israeli government, did not respond to requests for comment on the current Gaza project.

Ghassan Khatib, former Palestinian minister of planning, said that Palestinians don't yet know whether Israel, which is preparing for its most right-wing government in its history, will put up opposition.

"Israel has changed," he said. "It is gradually less interested in making the Palestinian Authority viable, because it's no longer convinced of the idea of the two states," in which an independent Palestine would exist alongside Israel.

But even if the whole enterprise has an Israeli sign-off, the Palestinian Authority will still face its bitter rival, Hamas, which has demanded a share of the projected windfall.

"We will not allow gas to be monopolized and Gaza not to fully benefit from it," Ghazi Hamad, a member of the Hamas political bureau, told The Washington Post.

In a ceremony in September, Hamas hung banners near the Gaza harbor saying, "our gas, our right."

The still undisclosed deal grants a 27.5 percent stake to PIF and another 27.5 percent to the Athens-based and Palestinian-owned Consolidated Contractors Company (CCC). The remaining 45 percent will go to the Egyptian consortium, EGAS. According to the deal, the gas will be developed in Palestinian waters, then transferred via a 40-mile undersea pipeline to Egyptian processing facilities, where it will merge with the Egyptian energy grid and then be sold, as an export, to Palestinians and others.

"It needs to be commercial, between the developing companies and the buyers, not linked to politics," said a Palestinian official who spoke on the condition of anonymity because the deal is not yet finalized.

The prospects come as Europe scours the Earth in search of alternatives to Russian gas and oil, especially in the eastern Mediterranean.

But Europe's future energy strategy will be intentionally patchwork and diversified, and Milhem, the Palestinian Energy Authority chairman, said that outside pressure has been a significant motivator.

"The crisis in the Ukraine, coming at the same time as increased activities in the eastern Mediterranean, have helped move the gas deal forward," he said.

Mkhaimar Abusada, an associate political science professor at al-Azhar University-Gaza, said that Palestinian officials have also taken note of Israel's agreement in October with Lebanon, a country with which it is technically still at war.

As part of his reelection campaign, Netanyahu called the U.S.-brokered deal, which will enable Israel and Lebanon to exploit potentially rich offshore gas deposits, a "historic surrender" to Hezbollah, the Iranian-backed group militant group based in Lebanon.

But Abusada said that Palestinians were heartened to see the deal, which initially spurred opposition from Hezbollah, ultimately went through.

"The Palestinians feel there's a regional and international interest in developing this Gaza gas field," he said.

Gas would bring Palestinians closer to energy independence from Israel, its largest supplier. The West Bank imports 750 megawatts of its total 850-megawatt consumption. Gaza relies on 120 megawatts of Israeli electricity as well as Israeli fuel for its power plant, which produces around 45 megawatts.

In August, during the most recent flare-up with Israel, Gaza's regular eight-hour blackouts extended to 12 hours, and hospitals operated on generators as medical staff tended to the wounded.

Residents here fear that either Israel or the Palestinian Authority - or, mostly likely, both - will get in the way of completing the gas project.

"There are many resources in Gaza - antiquities, gas, manpower - but no one is using these resources properly," said Mahmoud Sayad, a 44-year-old father of seven from Al-Shati refugee camp, west of Gaza City.

"The Palestinian Authority does not care about Gaza; for them, the gas field is a source of money," said Ramy Susi, a 35-year-old construction worker from the same camp, who said that he expects the profits to be squandered by corrupt politicians. "How can this gas make a difference in my life?"