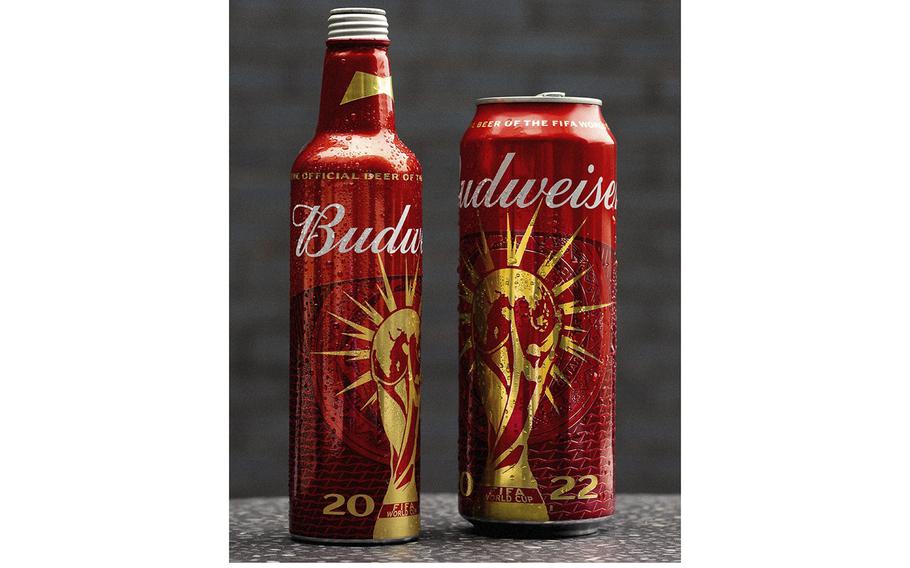 In a statement on Friday, Nov. 18, 2022, after World Cup organizers said they were abandoning plans to sell beer at World Cup soccer matches, Budweiser noted that it had been a partner with FIFA for more than three decades and said that “some of the planned stadium activations cannot move forward due to circumstances beyond our control.” (Facebook)

DOHA, Qatar - World Cup organizers said Friday that they were abandoning plans to sell beer around match stadiums, a reversal after Qatar previously said that beer would be sold "within the stadium perimeter" for designated periods before and after World Cup matches.

A statement by FIFA, soccer's global governing body, said the decision came "following discussions between host country authorities and FIFA," but did not give any further detail on the reasons for the decision. Beer would continue to be sold at other areas designated for World Cup fans, the statement said.

The move comes just two days before the month-long tournament kicks off with the host country playing Ecuador. More than 1 million visitors are expected to attend the 64 matches being staged in eight stadiums in greater Doha. Ab InBev, which owns Budweiser, paid a reported $75 million for World Cup sponsorship rights. It remains unclear how the about-face would affect that deal.

The decision also comes days after the New York Times reported the Qatari royal family had grown concerned that beer stations around the stadiums would unsettle locals. 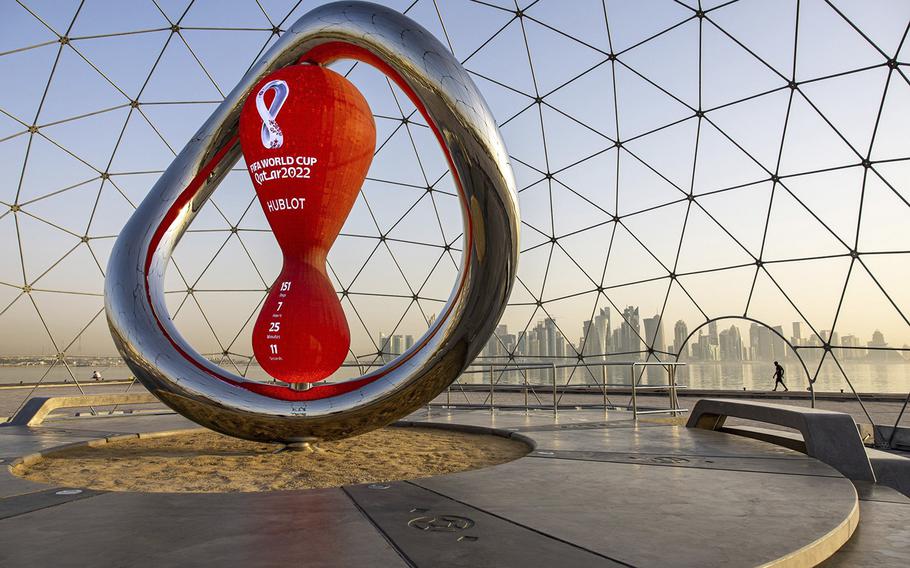 A countdown installation for the 2022 FIFA World Cup in Doha, Qatar. (Christopher Pike/Bloomberg )

"A decision has been made to focus the sale of alcoholic beverages on the FIFA Fan Festival, other fan destinations and licensed venues, removing sales points of beer from Qatar's FIFA World Cup 2022 stadium perimeters," said the FIFA statement, which noted that nonalcoholic beer would still be available.

Qatar, a conservative Muslim country, strictly limits the sale of alcohol and bans its consumption in public places. It had made exceptions to those rules for the World Cup, announcing that ticket holders would have access to beer beginning three hours before matches, and for an hour after the final whistle.

For more than a decade, fans and human rights activists have worried that World Cup attendees would come into collision with Qatar's conservative laws, including those that criminalize sex for LGBTQ people and many forms of protest. The change on beer, while narrow, could spark fears of broader rollbacks of policies meant to accommodate international visitors.

In its statement, Budweiser noted that it had been a partner with FIFA for more than three decades and said that "some of the planned stadium activations cannot move forward due to circumstances beyond our control."

The Washington Post's Steven Goff contributed to this report.