As protests rage on, Iran carries out strikes against Kurds in Iraq 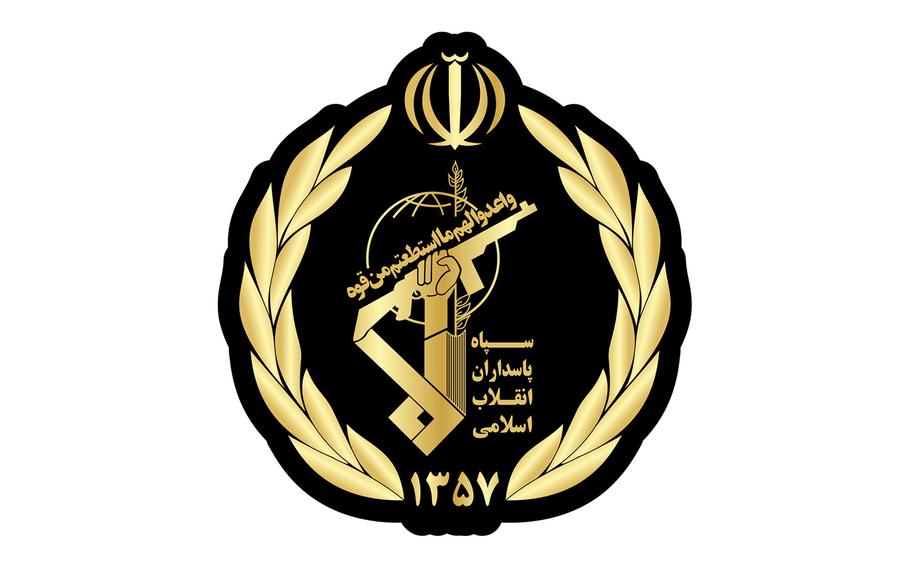 The emblem of Iran’s Revolutionary Guards. According to reports on Wednesday, Sept. 28, 2022, the group claimed responsibility for attacks against Kurdish separatist groups in Iraq. (Wikipedia)

The missile and drone strikes killed at least nine people and wounded more than 30, including civilians and children, according to the Health Ministry in the Kurdistan region of Iraq. Saman Barzanji, the health minister, said ambulances have struggled to reach some of the affected areas, which are in remote, mountainous regions, and the death toll is expected to rise.

The strikes targeted the Kurdish Democratic Party of Iran in the Koysanjak district in Irbil, the Kurdish Komala Party in the village of Zarkwezela, in Sulaymaniyah province, and the Kurdistan Freedom Party in Kirkuk province.

The Kurdish Democratic Party of Iran confirmed the deaths of two of its members, while the leader of the Kurdistan Freedom Party, Hussein Yazdanpanah, told Kurdish media his group had endured "heavy losses."

One of the strikes hit a civilian area, close to an elementary school. Footage circulating on social media showed children screaming and running for shelter behind rocky outcroppings.

"It was a quiet morning until the sound of bombing shook our house," said Salar Ali, a 47-year-old farmer from Koysanjak. He immediately rushed toward the school, where he was reunited with his 10-year-old son.

"We are a quiet, peaceful village and we don't deserve what is happening to us," he said.

The Iranian Revolutionary Guard claimed responsibility for the attacks against what it called "bases operated by separatist terrorists," and vowed to continue targeting Kurdish groups. The Iranian military, meanwhile, carried out artillery attacks for a fifth day on several areas bordering Irbil province. Those attacks have not resulted in any casualties.

But the strikes underscore the unease in the Iranian government over the protests that have rocked the country for nearly two weeks. They began after Mahsa Amini, a 22-year-old Kurdish woman, fell into a coma and died after being detained by the country's "morality police." Dozens of protesters have been killed and hundreds injured in the ensuing crackdown, according to rights groups.

The protests began in Iran's predominantly Kurdish west, where Amini was from, and which shares a border with Iraq's semiautonomous Kurdish region. Iranian political exiles have long based themselves across the border Iraq, and have voiced support for the protests in Iran, but there is no indication they are directly connected to the unrest.

"The Iranian ambassador in Baghdad will be summoned urgently to hand him a strongly worded protest note as a result of the ongoing bombing operations," Iraq's Foreign Ministry spokesman, Ahmed Al-Sahaf, said in a statement.

The Kurdistan Regional Government in Iraq also condemned the attacks, saying, "The bombing of opposition headquarters with missiles by the Islamic Republic of Iran, under any pretext, is an incorrect behavior, a distortion of the course of events, and a source of astonishment."

It was the first Iranian attack inside Iraq since March, when the Revolutionary Guard claimed a missile strike on an empty villa in Irbil owned by a Kurdish oil tycoon, who was apparently targeted for being involved in energy talks with Israel. In July, at least eight Iraqi tourists were killed in the north when Turkish artillery strikes against alleged Kurdish militants hit a crowded resort area.