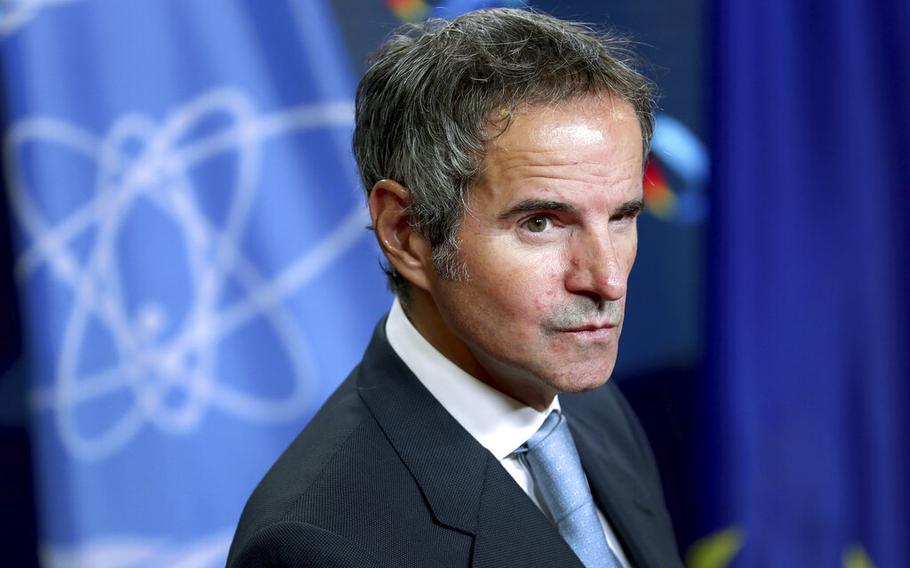 Global atomic monitors reported that Iran continues to stonewall critical investigations while ramping up its uranium enrichment, dealing a new blow to efforts to resurrect an international agreement that had reined in Tehran's nuclear program.

Iran has demanded the International Atomic Energy Agency end its probe into the source of uranium particles detected at several undeclared locations as part of any deal to roll back its nuclear activities and restore the landmark 2015 accord.

The U.S. and other world powers have offered sanctions relief if the Islamic Republic curtails nuclear-fuel production, but they insist it's up to the IAEA to declare an end to the investigation.

IAEA Director General Rafael Mariano Grossi "is increasingly concerned that Iran has not engaged with the agency on the outstanding safeguards issues," read a 3-page restricted IAEA report published Wednesday in Vienna. "There has been no progress toward resolving them."

Investigators haven't had any substantial interactions with Iran since the second quarter, according to a diplomat, who asked not to be identified discussing sensitive material. Keeping the investigation open will be necessary until Iran starts answering questions, said the person with knowledge of the IAEA probe.

To make matters worse, implementing a new agreement to restore the 2015 deal, known as the Joint Comprehensive Plan of Action, becomes more difficult the longer Iran rejects the agency's verification measures. The country curtailed monitoring more than a year ago and has removed cameras from centrifuge workshops.

IAEA inspectors would need at least two to three months to verify Iran's capability to manufacture the fast-spinning machines that separate uranium isotopes, double the amount of time monitors would have needed in March, the diplomat said.

In a second 12-page report, the agency said that Iran's stockpile of highly-enriched uranium jumped 29% in the last three months, with the country continuing to lay the groundwork for a major expansion of its capacity to produce nuclear fuel.

Talks to rein in Tehran's nuclear activities in exchange for easing sanctions, including those on oil exports, have been on a knife's edge since European negotiators proposed a final 25-page draft agreement after almost 18 months of negotiations.

After optimistic early signals that a return to the JCPOA could be days away, sides are now resigned to more delays, dragging out talks and preventing Iran from ramping up its sales of crude.

Tehran denies it's seeking to build atomic warheads but concerns it might develop the technology to do so propelled years of diplomacy that led to the deal with world powers.

The IAEA's 35-member board of governors meets Sept. 12 in Vienna. Diplomats passed a resolution to formally censure Iran for its lack of cooperation during their last meeting in June. The country has previously been referred to United Nations Security Council for violating its nuclear-safeguards obligations.