US says latest Iranian nuclear response is 'not constructive' 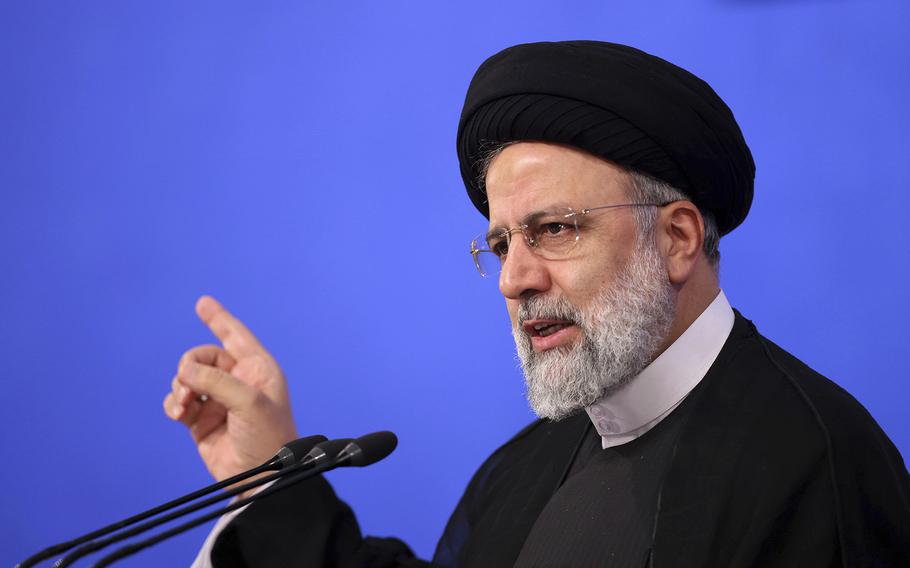 WASHINGTON — Prospects for reviving the Iran nuclear deal appeared to take a step backward Thursday as the Biden administration said Tehran's latest proposals, submitted through the European Union, were "not constructive."

"We can confirm that we have received Iran's response," State Department spokesman Vedant Patel said in a statement. "We are studying it and will respond . . . but unfortunately it is not constructive."

For weeks, the United States and Iran have gone back and forth with replies and counter-replies to a "final" text offered in July by the European Union, which has coordinated nearly a year and a half of negotiations to restore the 2015 nuclear agreement signed between world powers and Iran. E.U. foreign policy chief Josep Borrell deemed "reasonable" an initial Iranian response to the text last month but said Iran had requested some "adjustments."

Two weeks ago, the Biden administration sent its response to the text and to Iran's requests for changes. The U.S. statement came after Iran submitted its latest response.

Neither Iran nor the United States has made public its submissions, but the exchanges raised optimism that the negotiations had reached an endgame and there was momentum for a settlement. Earlier this week, Borrell said he hoped a deal could be reached "in the coming days." In a speech to ambassadors Wednesday in Paris, French President Emmanuel Macron said he hoped the agreement would be concluded "in the next few days."

Under the terms of the original deal, U.S. and international sanctions on Iran were lifted in exchange for its submission to strict curbs on its nuclear program and international monitoring. President Donald Trump withdrew the United States from the agreement - signed by Britain, France, Germany, Russia and China, along with the United States and Iran - in 2018, re-imposing lifted sanctions and adding many more.

In response, Iran resumed its pre-deal nuclear program and speeded it up, increasing the quantity and quality of its uranium enrichment far beyond the prescribed limits, and blocked some inspection measures.

President Joe Biden came to office pledging to restore the original agreement, saying it was the best way to prevent Iran from building a nuclear weapon. Iran has said its nuclear program is only for peaceful purposes.