US, Iran and Europe inch toward a nuclear deal. But is anyone happy? 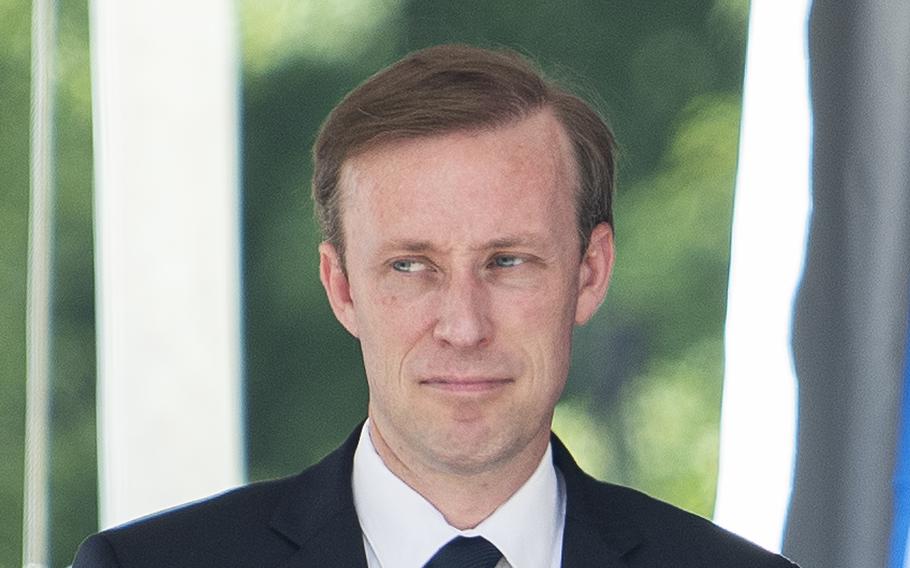 WASHINGTON (Tribune News Service) — Coaxed by European allies, the Biden administration and Iran are crawling toward reviving the landmark nuclear accord that would delay Tehran’s building of a bomb, but obstacles still threaten to send everyone home empty-handed.

The potential resolution would cap nearly 18 months of indirect talks in Vienna, where the Europeans have been working as mediators shuttling between U.S. and Iranian delegations.

“This is the equilibrium we have reached, and I don’t think we can improve on one side or the other,” Josep Borrell, the foreign policy chief of the European Union, said Monday in describing the proposal on the table as a “final offer.”

Iran has commented on the EU’s proposal, reportedly making a number of possible changes, and the U.S. submitted its response to Iran’s comments on Wednesday, the State Department said. Sources familiar with the process described the U.S. response as a conditional acceptance, adding it will likely trigger more back-and-forth technical talks.

The goal is to bring Washington and Tehran back into compliance with a deal signed in 2015 by then-President Barack Obama and six other nations, which significantly reduced Iran’s nuclear ambitions until President Donald Trump jettisoned the pact three years later.

Trump and numerous other critics complained Iran was not constrained in its other “malign activities,” such as support for militant groups in the Middle East and development of ballistic missiles. The Trump administration embarked on a policy of “maximum pressure” hoping to bring Iran to its knees, but it was met with what Iran watchers called maximum resistance.

Since Trump essentially killed the deal, Iran has dramatically stepped up its enrichment of uranium, a key step in the production of nuclear weapons. Some experts believe Iran could be as close as a couple of months away from being able to build a bomb.

If Iran and the U.S. return to the pact, Iran would agree to restrictions on uranium enrichment and other nuclear-related activities, and the United States would remove hundreds of sanctions on Iran that have crippled its economy and kept it out of global markets.

Over the long, tedious course of negotiations, U.S. officials have said it’s unclear what the Iranians’ ulterior motives could be as they make demands then recede. And Tehran has accused Washington of game-playing. But several officials and experts are now pointing to forward momentum.

For example, Iran dropped a demand that its militant Islamic Republican Guard Corps be removed from a U.S. list that brands groups as terrorist organizations. The issue had vexed talks for the last several weeks. Then Tehran abruptly backed down, State Department spokesman Ned Price said.

“We are encouraged by the fact that Iran appears to have dropped some of its nonstarter demands,” Price said. “But ... there are still some outstanding issues that must be resolved, some gaps that must be bridged if we are able to get there.”

Some observers who were deeply pessimistic about the possibilities of success in the negotiations are beginning to see hope.

“For the first time in months, a path to restore the (Joint Comprehensive Plan of Action) is in reach,” said Suzanne DiMaggio, an expert on Iran at the Carnegie Endowment for International Peace, who has worked for years in informal talks with Tehran.

“Both sides have made some concessions, (but) neither side will want to admit that,” she said. “If both sides feel confident that they can sell the outcome as a win, chances are the JCPOA will be restored. If not, the road ahead looks rocky.”

Among outstanding issues, she and others said, is Tehran’s anxiety that it might go through the motions and compromises necessary to return to the deal, only to see another new president — potentially Trump — once again pull the plug in two years.

Dina Esfandiary, senior Middle East adviser at the International Crisis Group and longtime Iran observer, said “foot-dragging” by Iran weeks ago seems to have ended, leading to a new attitude of willing, if begrudging, cooperation.

“Is it going to happen? That’s the million-dollar question,” she said of reviving the deal. “They are getting closer, but they are not close.”

There are both incentives and discouragements for Iran in agreeing to an arrangement that would force it to once again curtail its nuclear pursuits, said Behnam Ben Taleblu, a Middle East expert at the Foundation for the Defense of Democracies in Washington.

Signing up again would lead to lifting numerous economic sanctions that the United States, the United Nations and the European Union placed on Iran. Millions in Iranian money frozen in banks around the world — including in South Korea, which alone is holding $7 billion in Iranian funds — would be released. And Iran would finally be allowed to enter the global oil market at a time when prices are high and could generate substantial income for the cash-strapped country.

On the other hand, Iran believes it will have political and strategic leverage if it refuses to go along with a deal and continues to make demands, some analysts said.

“They are not yet tempted to cash in. They see no Plan B, no U.S. plan to use force,” Ben Taleblu said. “If (all parties) get any deal, it will be a suboptimal deal.”

Regardless of how the next days play out, an Iran nuclear deal is certain to spell political trouble for President Joe Biden.

Most Republican lawmakers — and a handful of Democrats — oppose entering an arrangement with the Islamic Republic that does not resolve other issues such as support for militant groups. Most experts believe it would be impossible to take on such a broad agenda if world powers are serious about blocking nuclear exploration.

In a new barrage of criticism, the Republican ranking member of the Senate Foreign Relations Committee, Sen. Jim Risch of Idaho, called Iranian demands “blackmail.” After initially agreeing in 2015 to the most intrusive on-site searches by U.N. nuclear inspectors ever, Iran reneged on that arrangement and is now demanding that earlier investigations by the International Atomic Energy Agency be closed, a potential deal breaker for the Western parties.

“These demands from #Iran are blackmail and would go down in history as a major Biden foreign policy failure,” Risch said on Twitter.

The dynamic became complicated when U.S. prosecutors this month accused an Iranian operative of plotting to assassinate former U.S. national security adviser John Bolton. Writer Salman Rushdie was attacked Aug. 12 by a knife-wielding man in New York, years after Iran declared a fatwa ordering his death because of what it deemed anti-Muslim writings.

The Biden administration also is encountering fierce opposition from Israel and other Middle Eastern allies who are staunch enemies of Iran.

In recent phone calls, Israeli Prime Minister Yair Lapid urged U.S. officials to walk away from the talks, according to Israeli media. On Wednesday, he held a news conference with foreign correspondents in Jerusalem and said: “Israel is not against any agreement. We are against this agreement, because it is a bad one.”

And senior Israeli officials were in Washington this week to lobby against an Iran nuclear deal. Eyal Hulata, the head of Israel’s national security council, was due to meet with Wendy Sherman, deputy secretary of state, but U.S. officials have reaffirmed that the administration and Israel will continue to disagree on the issue. After Hulata’s meeting Tuesday with U.S. national security adviser Jake Sullivan, Sullivan’s office issued a statement reaffirming “our commitment to ensure Iran never acquires a nuclear weapon.”

Iran blames Israel for several mysterious attacks on Iranian infrastructure in recent months and the killing of a number of nuclear scientists. Israel has neither confirmed nor denied responsibility.

Israel and other critics argue that Iran has already sufficiently advanced its nuclear plans, foreclosing the possibility that a deal could hold off a bomb and the windfall in money through oil sales and unfrozen assets would only further those efforts.

Meanwhile, a separate but nagging element in U.S. dealings with Iran remains the arrest and imprisonment in Tehran of several U.S. citizens. State Department officials insist that work on their release is separate from the nuclear talks. Iran has said it might be willing to release some of the detainees but argues that the U.S. is similarly holding numerous Iranian citizens in American jails.

But for Tehran, the bottom-line incentive to a deal is sanctions relief.

“We’re prepared to come back into compliance with the nuclear deal if Iran does the same,” Washington’s chief negotiator, U.S. special envoy for Iran Robert Malley, told PBS. “And for us, it’s very clear what that means in terms of the sanctions relief we need to offer and the kinds of steps that Iran needs to take to roll back its nuclear program.”