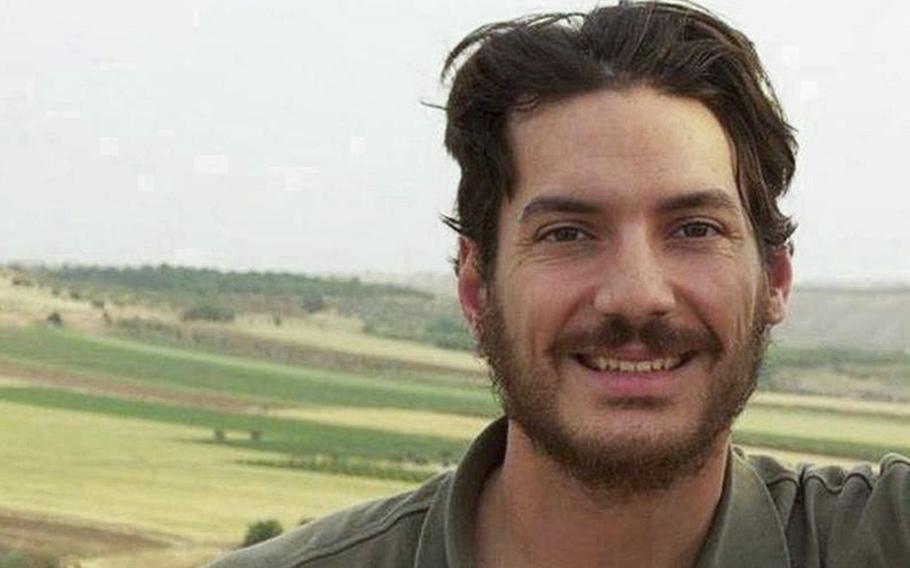 Freelance journalist Austin Tice went missing in Syria in 2012 and has not been heard from since. (Fort Worth Star-Telegram/TNS)

WASHINGTON (Tribune News Service) — Friends and family of Austin Tice face a grim milestone this month: It’s been 10 years since the Houston native and freelance journalist was reported abducted in Syria, an anniversary that coincided with his 41st birthday.

His parents, Debra and Marc Tice, and U.S. government officials remain convinced that Tice is not only alive, but being detained by the Syrian government, something President Joe Biden declared publicly for the first time on Aug. 10.

“We know with certainty that he has been held by the Government of Syria,” Biden said in a statement to commemorate the 10-year anniversary or Tice’s captivity. “We have repeatedly asked the government of Syria to work with us so that we can bring Austin home ... Ten years is far, far too long. So is every additional day.”

Tice, a Marine veteran, was in Syria working as a freelance investigative journalist for The Washington Post, CBS News and McClatchy newspapers, among other organizations, coverage he’s won numerous accolades for since his abduction.

He was set to return to Washington to finish his third and final year at Georgetown Law before he disappeared on Aug. 14, 2012, in Damascus at a checkpoint, just days after his 31st birthday.

Tice has not been heard from again — save for a 43-second video released five weeks after his disappearance titled “Austin Tice is Alive,” which showed him held by a group of unidentified armed men, according to Tice’s family. In it, Tice is blindfolded and can be heard saying, “Oh, Jesus.”

CNN reported that Tice was among the first journalists to disappear after Syria’s peaceful pro-democracy protests, sparked by the Arab Spring uprisings, were violently crushed by Bashar Assad’s government.

The brutal Syrian civil war that followed has left hundreds of thousands dead and displaced nearly half of the pre-conflict population of 23 million.

Last week, Syria’s Foreign Ministry denied that the country is holding Tice, calling Biden’s claim “invalid accusations against the Syrian government of kidnapping or arresting U.S. citizens, among them Austin Tice, a service member in the U.S. Army,” The Washington Post reported.

The statement continued, saying “Syria emphasizes that any official dialogue or communication with the U.S. government side will only be public and based on the rule of respecting the sovereignty and independence and unity of the Syrian Arab Republic’s land.”

The Assad regime has denied holding Tice, along with having any knowledge of his whereabouts or well-being, since he was abducted.

In early May, Biden met with Tice’s parents at the White House, as he has done with relatives of other Americans wrongfully detained abroad, including the parents of Fort Worth native Trevor Reed, who has since been released from detention in Russia.

The Tices said it was “an uplifting meeting with substantive dialogue.”

“We asked President Biden to pursue sustained diplomatic engagement including transactional negotiation with the Syrian government for Austin’s safe return,” Debra and Marc Tice said in a statement. “This has been our request of the U.S. and Syrian governments for more than eight years. We left this meeting with hope that there is renewed momentum for engagement.”

The Tices have tirelessly advocated for their son’s release since he disappeared, holding press conferences and meeting with administration officials across three different presidents now.

“We are anxious to see the president’s uplifting words put into action, confirming the assurance that Austin’s safe return is a priority for this administration,” they said in May. “With renewed vigor, we will continue to push for the diplomatic engagement and action necessary to see Austin walk free. May it be soon.”