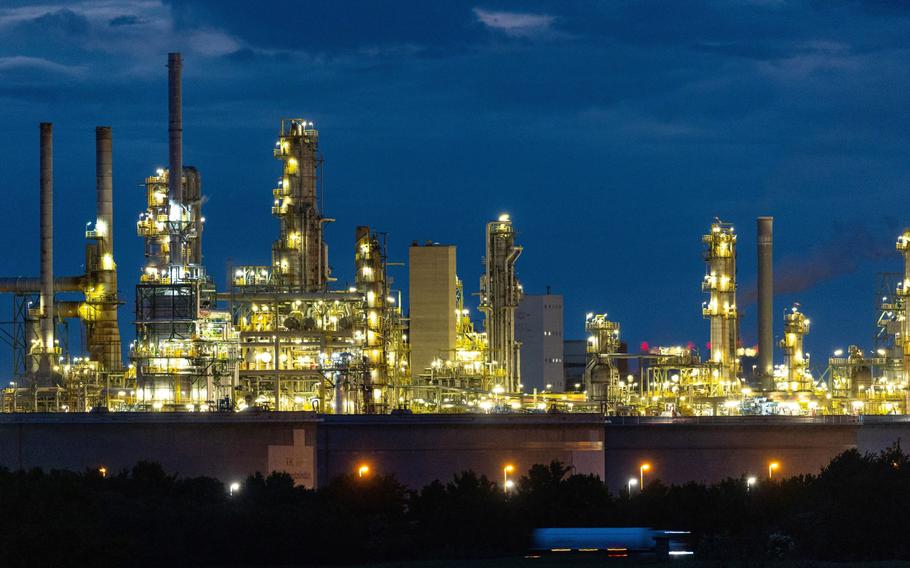 Saudi Arabia and Iraq are diverting more of their crude oil toward Europe, helping the continent’s oil refineries to overcome a pivot away from Russia.

More than 1 million barrels a day of crude has made its way to Europe from the Middle East in the first three weeks of July via a pipeline that crosses Egypt, according to vessel-tracking data compiled by Bloomberg. Volumes have roughly doubled from a year ago.

Russia’s invasion of Ukraine triggered a backlash among European companies, with many of them electing to stop dealing with Moscow. The so-called self-sanctioning nevertheless created a question about where they would find alternative supplies.

The piped flows are dominated by shipments from Saudi Arabia but Iraq is also ramping up deliveries too. Companies can either deliver into a pipeline called the SuMed that crosses Egypt or, if their ships are small enough, go straight through the Suez Canal into the Red Sea. Iraq’s cargoes are doing the latter.

Piped volumes have increased from about 800,000 barrels a day a month earlier to the highest since a brief surge during a production free-for-all in April 2020.

In addition to those flows, about 1.2 million barrels a day have been shipped toward the canal from the Persian Gulf in the first three weeks of July, mostly from Iraq. That could take total flows from the Middle East to Europe to 2.2 million barrels a day, up by nearly 90% since January, the last full month before the war began.

The shift comes as increasing volumes of Russian crude head in the opposite direction, from its Baltic and Black Sea ports to buyers in India and China. That’s given the two Asian countries bountiful cheap barrels at a time when fuel prices have been soaring.

“We now see a re-routing of some of those barrels away from Asia to Europe,” Giovanni Staunovo, commodity analyst at UBS Group said of Middle Eastern crude. That comes “with Europe scaling back their purchases of Russian barrels and Russia sending their oil instead to a key market of the Middle East, Asia.”

Whether the Middle East-to-Europe flows are sustainable is less certain. At the end of this year a European Union embargo on the Russian crude set to come into effect. Part of the sanctions package includes a ban on insuring shipments of Russian supplies to any buyers.

If the insurance ban hits overall exports -- something the U.S. Treasury fears -- then it could intensify competition for supplies from the Middle East again.

Saudi Arabia’s tanker company, Bahri, this week chartered a supertanker to transport crude from the Mediterranean to Rotterdam, a rare charter for the Kingdom’s tanker company that underscores the shift in flows.

The adjustment in where barrels are moving is also a reminder of logistical challenges that may emerge as buyers wean themselves off of Russian crude. Shipments are having to sail longer distances, boosting employment of the world’s oil tanker fleet.

Benchmark earnings for giant supertankers that can carry 2 million barrels of crude oil climbed to their highest since April this week, though were still relatively weak by historical standards.

Europe’s appetite for Middle Eastern crude is boosting so-called ton-miles, a demand measure that multiplies the amount of cargo by how far it gets shipped, according to said Lars Barstad, chief executive officer of Frontline Management AS.

“EU import ton-miles have at least doubled,” said Barstad, who runs the management company of one of the world’s largest tanker owners. “Russian oil ton-miles have tripled if not more.”