After years in ISIS prison camp, they now face an uncertain welcome home 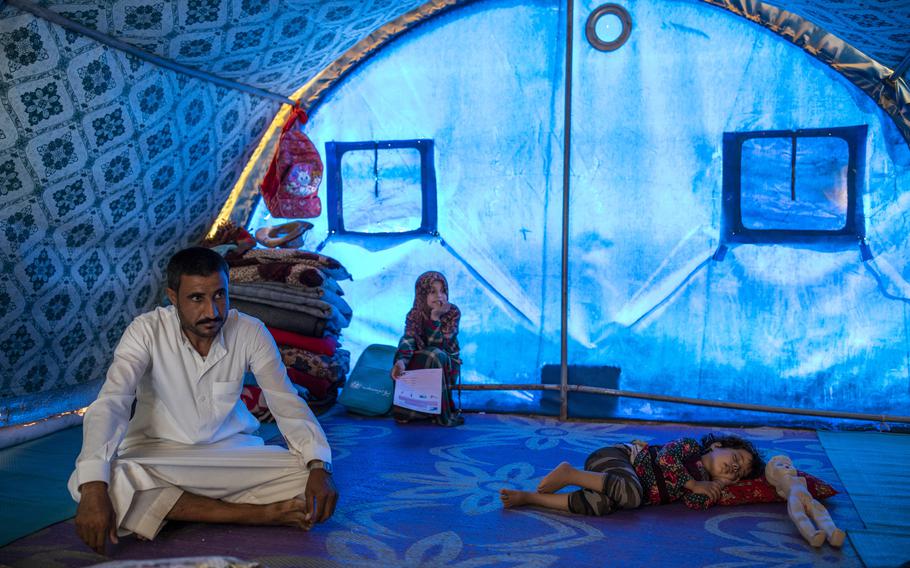 Abdullah Eid Mohamed, 33, with two of his girls at the Jeddah camp. Maria, 3, sleeps beside a doll without arms. (Younes Mohammad/for The Washington Post)

QAYYARAH, Iraq — Iraq’s midday summer sun blasted down as the women huddled in the shade of their tent and reflected on how far they had come. The distance to Iraq from al-Hol detention camp in Syria was not far, just a few miles, but the journey home had taken years.

The situation back in the camp had been hellish: Frequent killings in the night caused dread to descend with the darkness. Years after the official defeat of the Islamic State, its followers there had turned the camp into a new theater of violence and control.

The return to their homes in Iraq through this new camp, which signs declared a rehabilitation center, prompted Hadeer Khalid, 34, to shed tears of relief. “To be back in our country means everything,” she said, as her children giggled impishly in the corner. “The situation for them was so bad there,” she said, glancing at the smallest ones. “We couldn’t breathe.”

Al-Hol camp remains one of the most intractable problems for the region — effectively an open-air prison holding tens of thousands of mostly women and children from around the world, many with family ties to the Islamist militants and few with home governments willing to accept them back.

In Iraq, the Islamic State’s rise and fall have left deep scars, and memories of the bloodshed are fresh. The question looming across the militants’ former territories is how, or indeed if, the communities that were ripped apart can be stitched back together again — and whether they will accept their former neighbors returning from the camp.

Unlike most countries, Iraq is actually trying to bring its people home. Diplomats from the Western countries that have refused to take back their citizens have described al-Hol as a festering sore on the global conscience. “Governments have tried to wash their hands of those people,” one official said, speaking on the condition of anonymity because of the sensitivity of the issue in their home capital.

Since May 2021, almost 2,500 Iraqis have been repatriated from al-Hol, which houses about 30,000 Iraqis among its 55,000 inhabitants. More returns are expected to follow, officials say. 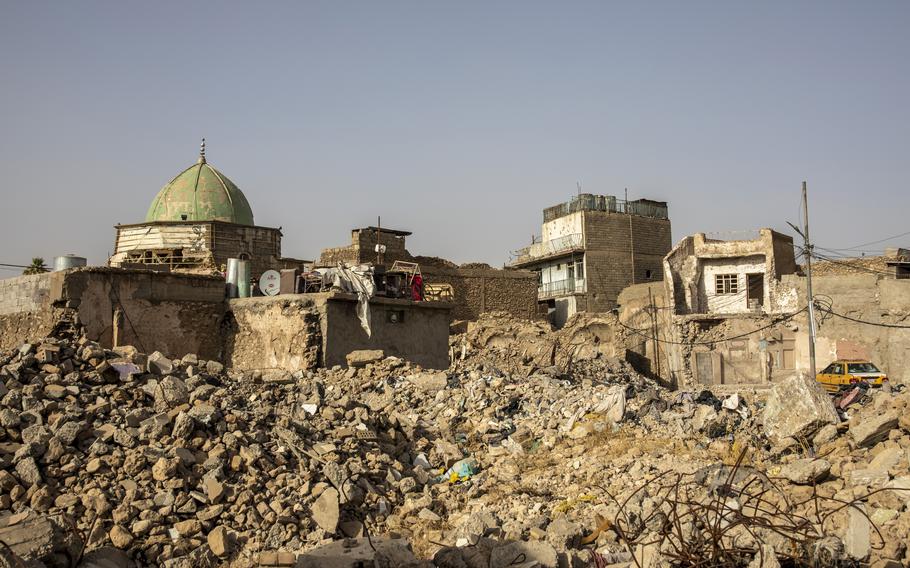 Although Iraq’s remaining camps for the internally displaced have often grown ramshackle from lack of funding and neglect — the government closed most of them last year — the facility housing the al-Hol returnees is orderly and well run. In some cases, the inhabitants have painted bright murals on the outside of their tents. There are psychologists giving sessions to those with signs of trauma.

When Washington Post reporters visited the Jeddah camp, almost all returnees interviewed said they had been in al-Hol since 2017, meaning that they had fled the Islamic State’s “caliphate” several years before its fighters made a final stand in the Syrian border hamlet of Baghouz.

Women often say they had little control over family decision-making. In some cases, a husband or a father had joined the group as a fighter. In others, male relatives had been ordered to continue working in municipal jobs.

Psychologists who have visited the Iraqi camp say signs of trauma are most acute among the children. They can be anxious and withdrawn. Involuntary urination due to stress or fear is not uncommon. Small noises can make them jump. Some have had suicidal thoughts. 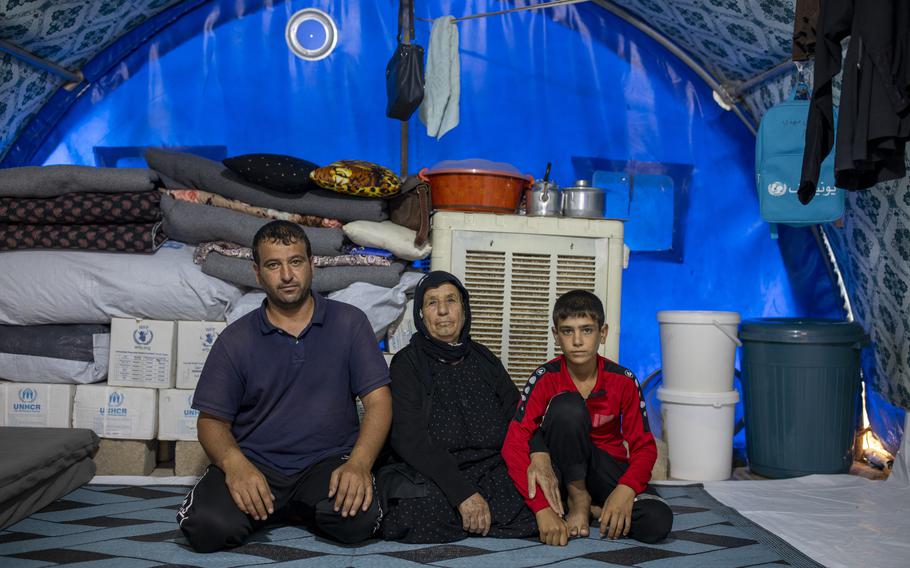 Alia Ibrahim, 65, of Tal Afar, with her son Hussein Mahmoud, 35, and grandson in her tent in the Jeddah camp. (Younes Mohammad/for The Washington Post)

Residents said they had mostly kept their children inside their tents in al-Hol, fearing violence and indoctrination outside, and so sons and daughters are only now learning to play in the open air. “It’s taken them a while to feel like they can do that,” said Alia Ibrahim, a 65-year-old from Tal Afar, a predominantly Shiite Turkmen city that Islamic State forces controlled for three years.

Her 3-year-old granddaughter, Maria, was sleeping on the floor of the tent, alongside a doll with its arms ripped off. Although her father, Abdullah, who also spent years in al-Hol, wanted to take his little girl home to Tal Afar, he was wary. “It’s not an easy idea,” he said. “We know that people will judge us.”

If getting people across the border is one challenge, taking them the rest of the way home is yet another.

Across government ministries, high-ceilinged conference rooms and town hall meetings, Iraqi officials are trying to work out how to do that.

In the city of Irbil recently, Saeed Jayashi, an adviser to one of Iraq’s national security bodies, looked around a table of notables from next-door Nineveh province who had gathered in a busy hotel to hear what he had to say ahead of the planned return of several hundred people to their hometowns.

He took a deep breath, and began.

“Each Iraqi, whether he was good or bad, we’re responsible for them,” he told the group. “Please be honest with me today. Whatever is concerning you — I’m all ears.”

Many agreed that children should not be punished for the crimes of their parents. But most of their questions still focused on the security screening process. Participants had watched lurid videos from al-Hol showing women and children attacking media crews, and chanting defiantly in support of the Islamic State. 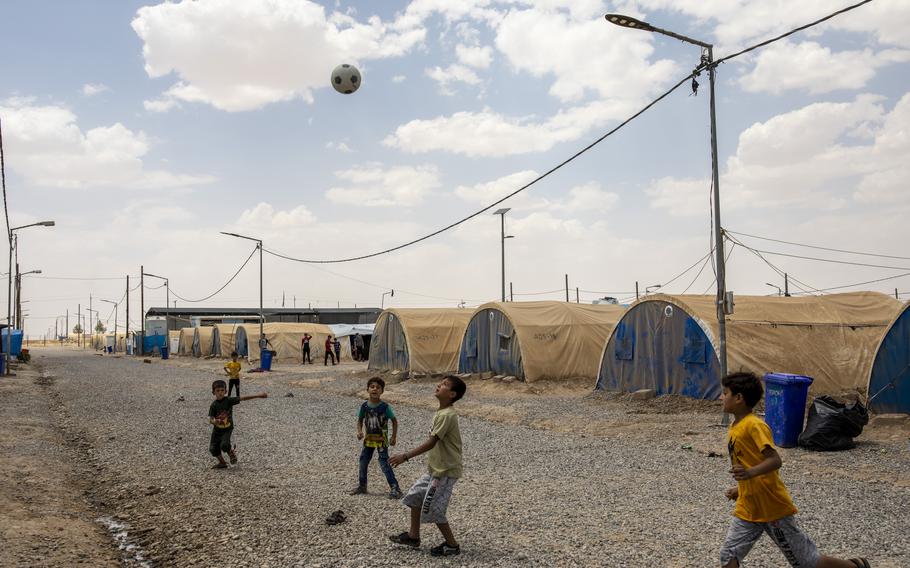 “We have a problem — these people still believe in the ideology,” said one man. Another nodded. “We don’t want to bring ISIS people back,” he told the room.

Iraqi authorities say the slow pace of repatriation is partly attributable to the lengthy screening process. Individual returnees are vetted by multiple security agencies for involvement in alleged crimes, although rights groups point out that the criteria for decision-making is not transparent.

As the conversation returned repeatedly to how Iraqi authorities could truly know what was in the minds of the returnees, Jayashi addressed the questions one by one.

“We should be clear here,” he said. “We’re not bringing back ISIS people, we’re bringing back innocent people. We have to separate out these terms.”

More than 80% of the millions of Iraqi civilians displaced by the war against the Islamic State have returned home. But for those whose families joined the group, acceptance has varied. While there are few reports of violent retribution against returning families, many describe lives of destitution and ostracism. Mothers do not like their children playing with the returnees. Neighbors who once shared meals now keep their doors closed.

In Mosul’s Old City, its skyline still jagged after U.S. airstrikes pulverized the district during the militants’ final stand, most residents said they struggle to believe that anyone from al-Hol could ever return. “You think they’d come back here?” 56-year-old Ghassan Abdul Ghani, a shopkeeper, asked incredulously. 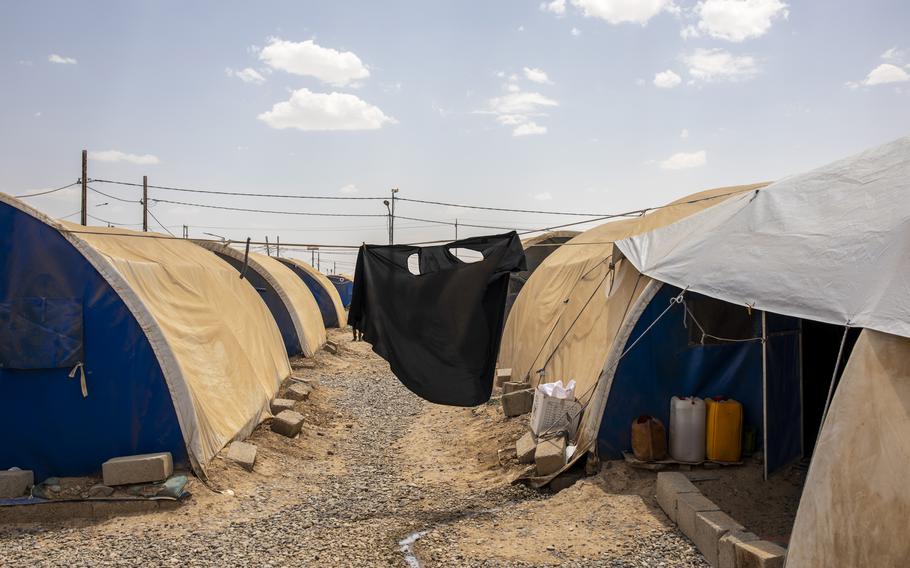 A washed veil dries outside a tent in the Jeddah camp, in Qayyarah, Iraq. (Younes Mohammad/for The Washington Post)

The militant group called Mosul its capital, and it ruled with an iron fist for three years. With the traumas of that period still etched in homes and bodies, residents of the Old City said they would have a hard time living alongside returnees from al-Hol.

“I mean, it’s impossible. No one would accept it,” said Abdul Ghani.

Forty miles south in the town of Qayyarah, where several families are due to return in coming months, residents were divided on who should be allowed to come home. Most agreed that women and children should be treated as “without guilt,” but the idea of the returnees living among them made many anxious.

In his pharmacy on a side street, Jamal Jihad, 42, was resigned to it, although he didn’t like it much. “At the end of the day, it’s the officials who are going to decide this, not us,” he said as he bustled about the pharmacy he’d rebuilt once the militants had left.

“People here have suffered a lot,” he said. “Whatever happens now, we’ll just have to accept it.”

Nearby, 47-year-old Fares Ahmed said he could not even picture the families’ return. He paused a second, and his brow creased sharply, as if a jolt of pain had passed through. “They killed seven of my brothers when they controlled this place,” he said quietly. “I collected their bodies from the morgue.”

Surely no one in this small town would allow anyone linked to the group to come back, he said, would they? 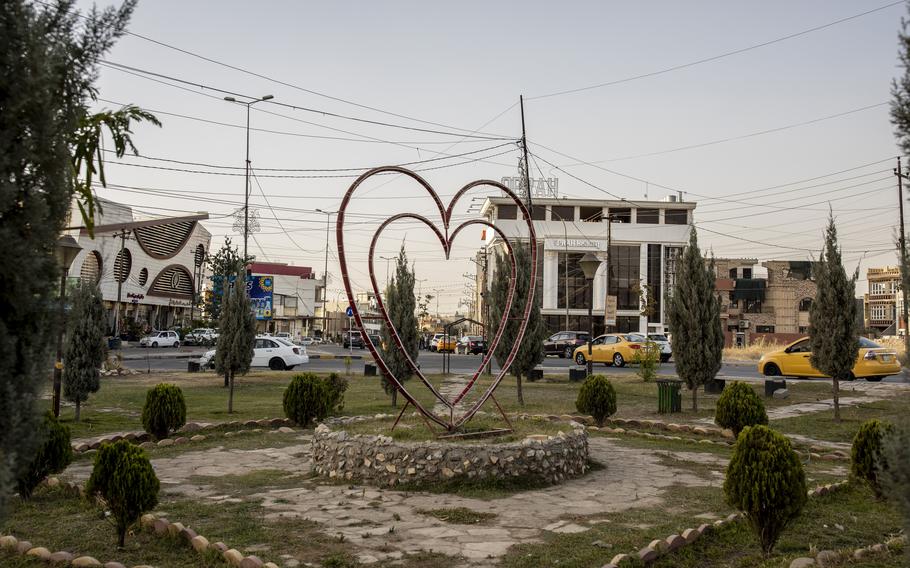 A heart-shaped sculpture in the Zohor area of eastern Mosul. (Younes Mohammad/for The Washington Post)