US, Iranian military vessels have near miss in Persian Gulf

The USS Sirocco, a Cyclone-class patrol ship, and the USNS Choctaw County, a fast transport vessel, were in routine transit through international waters in the Persian Gulf when three Iranian boats designed for fast attack approached the Sirocco head on, according to a U.S. military official, who spoke on the condition of anonymity to describe the encounter. They diverted only after the Sirocco issued an audible warning signal. The Iranian boats also came within 50 yards of the Choctaw County, prompting the Sirocco to deploy a warning flare. 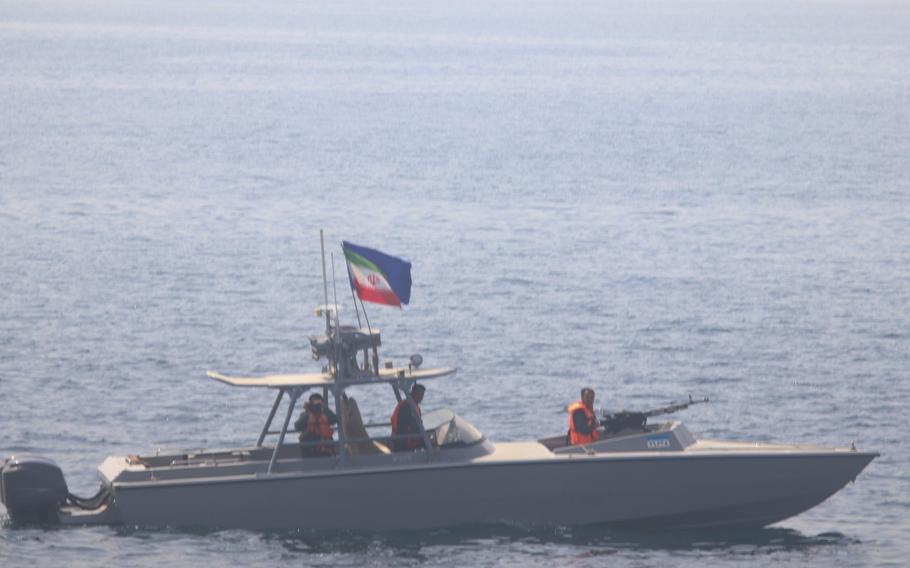 The USS Sirocco and the USNS Choctaw County were in routine transit through international waters in the Persian Gulf when three Iranian boats designed for fast attack approached the Sirocco head on, said the U.S. Navy. (U.S. Navy)

The Iranian navy's actions "did not meet the international standards of professional or safe maritime behavior, increasing the risk of miscalculation and collision," said Col. Joseph Buccino, spokesman for U.S. Central Command. "CENTCOM forces will continue to fly, sail and operate anywhere in the area of responsibility international law allows while promoting regional stability."

It was the latest close encounter between Iranian and American vessels in the Gulf.

In 2020, the United States accused 11 Iranian ships of making "unsafe and unprofessional" moves when they zipped around American vessels.

The United States also has periodically accused Iranian aircraft of menacing and dangerous maneuvers against American vessels in international waters.

It is unclear whether the interactions at sea are related to negotiations toward a new international pact to manage Iran's nuclear ambitions, which have largely stalled.