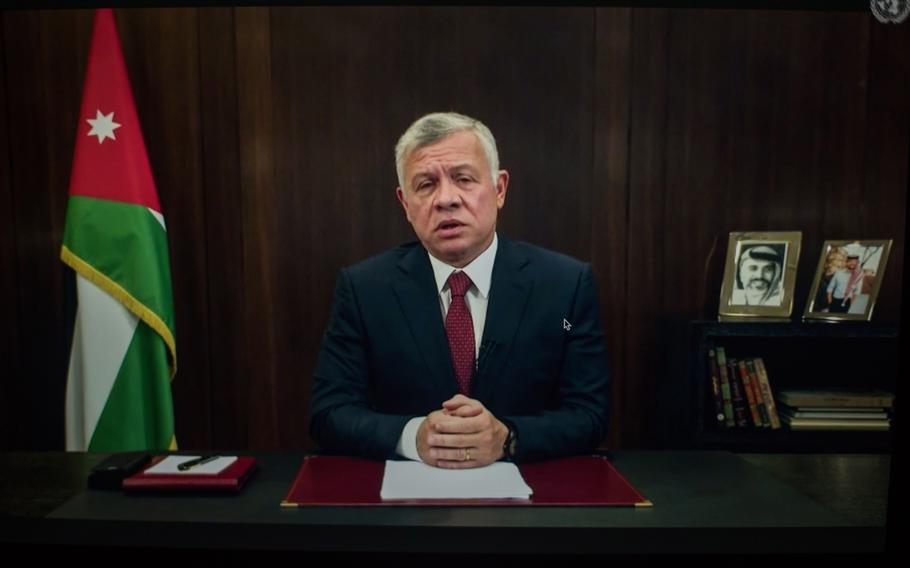 Jordan’s king on Thursday approved sweeping restrictions on his half-brother accused last year of participating in a plot to destabilize the kingdom, including detaining him in his palace and curbing his ability to communicate.

“We will provide Hamzah with all that he requires to live a comfortable life, but he will not have the space he once abused to offend the nation, its institutions, and his family, nor to undermine Jordan’s stability,” the monarch said in the letter, adding that he was formalizing recommendations first made in December.

In April 2021, Jordanian authorities accused Hamza of plotting in concert with foreign entities, without giving specific details. The Washington Post cited a senior Middle East intelligence official briefed on the events as saying officials were probing an alleged plot to unseat King Abdullah. At least 16 people, including at least one other royal, were taken into custody.

Abdullah and Hamzah are sons of King Hussein, who ruled Jordan for nearly a half-century before his death in 1999. Hamza was crown prince for four years before the title was transferred in 2004 to the current king’s eldest son, Hussein. He has occupied various roles, including brigadier in the Jordanian army.

The former crown prince signed a letter stating he would remain faithful to the king and committed to the constitution, two days after he had released a voice recording and sounded defiant. In that recording reported by Sky News Arabia, Hamza said he was under house arrest and that he would disobey orders by the army to stop going out and communicating with the public.

In his letter Thursday, the king said Hamza had “demeaned his stature as a Hashemite Prince” by secretly recording a meeting with the chairman of the army’s Joint Chiefs of Staff, which was later shared with foreign media. The prince chose “to vilify and defame Jordan as a means to win popularity and manipulate emotions,” the king said.

When the turmoil within Jordan’s royal family first surfaced, it caused ripples across the Middle East. The kingdom sits at the crossroads of the Israeli-Palestinian conflict and is home to as many as 2 million Palestinian refugees and their descendants. Bordering both Syria and Iraq, Jordan has fashioned itself as a force for moderation in a turbulent neighborhood.