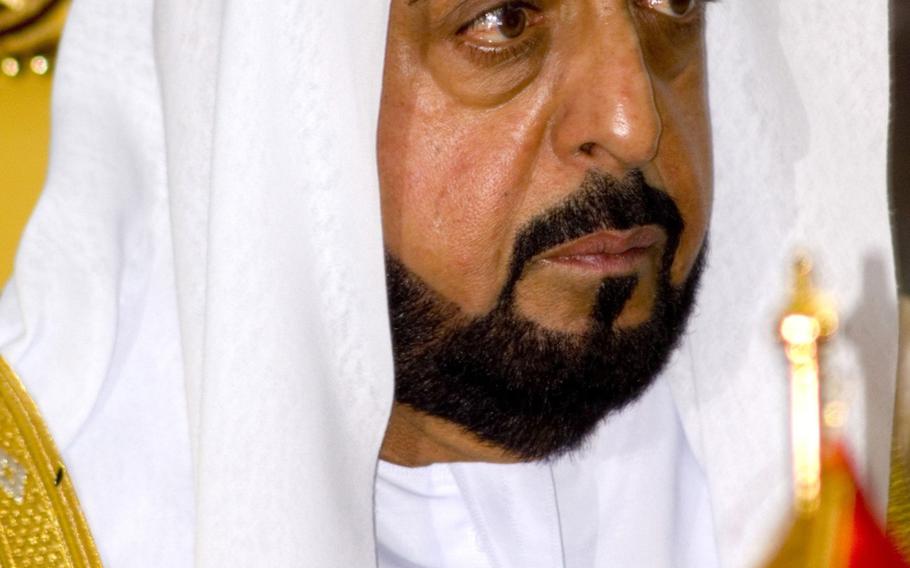 The president of the United Arab Emirates has died and his powerful younger brother is expected to succeed him at the helm of OPEC’s third biggest oil producer.

Sheikh Khalifa Bin Zayed Al Nahyan, who steered the Gulf Arab country through the global financial crisis and oversaw its rapid economic transformation, had been in office since 2004. He was 73.

Sheikh Khalifa was also ruler of Abu Dhabi, the largest and wealthiest of the seven sheikhdoms that comprise the UAE. His younger brother, Crown Prince Sheikh Mohammed Bin Zayed Al Nahyan, is expected to become president of the country and ruler of Abu Dhabi.

“Khalifa bin Zayed, my brother, my mentor and my teacher, may God have mercy on you and take you into his good grace and paradise,” Sheikh Mohammed wrote on Twitter. It’s not clear who will succeed him as crown prince of Abu Dhabi.

MBZ, as Sheikh Mohammed is commonly known, has been the UAE’s de facto leader for years due to Sheikh Khalifa’s poor health. The succession is not expected to result in any significant shift in policy direction, including on oil.

Sheikh Mohammed already controls the country’s energy policy and oil wealth, estimated to amount to 6% of the world’s proven reserves. The Crown Prince is also chairman of the UAE national oil company and heads Abu Dhabi’s Supreme Council for Financial and Economic Affairs, making him the country’s most powerful man long before his brother’s death.

“Functionally it changes little; MBZ has been running the show almost from the get go,” Ryan Bohl, a Middle East analyst at Stratfor Worldview wrote on Twitter. “But it’s the end of an era for the UAE, one marked by a second gold rush for the service and knowledge sector.”

The UAE announced 40 days of mourning with the public and private sector closing for three days from Saturday.

Sheikh Khalifa was born in 1948 in the oasis of Al Ain, near the border with the sultanate of Oman.

He became Abu Dhabi prime minister in 1969, when the area was part of a British protectorate. After independence in 1971, he became defense minister and took on other official roles.

When the global financial crisis ripped through Dubai in 2009, Sheikh Khalifa spent billions bailing out the glitzy emirate, which was then still building what would become the world’s tallest tower. It was renamed the Burj Khalifa in his honor.

U.S. President Joe Biden offered his condolences for a leader he called a “true partner and friend of the United States,” pledging to strengthen a relationship that goes back decades but has been strained in recent years over security.

Crown Prince since 2004, MBZ is expected to formally take on the duties he’s performed for years, helping hone the UAE’s image as a socially liberal, pro-business oasis in a turbulent region, while keeping a tight grip on dissent and blanketing the country with high-tech surveillance.

Though he rarely gives interviews and makes few public speeches, under MBZ’s leadership, the oil producer accelerated its transformation from a regional business hub into a key political player -- one that punches above its weight on the international stage.

It’s an economic and political role that neighboring power Saudi Arabia is now seeking to wrestle away.

Young for an Arab leader, the 61-year-old is trusted by Washington and has also used the UAE’s economic clout to forge influential alliances from Moscow to Beijing. A soldier, he has also built up the nation’s military into one of the best equipped and trained in the Middle East.

On his watch, the country of 10 million, perched on one of the world’s major transport waterways, has developed an assertive foreign policy and focused on neutralizing all shades of political Islam at home and abroad, particularly since the Arab Spring uprisings of 2011.

Since then, the company has sold stakes in key assets, raising more than $20 billion and attracting new investors to the country. It’s spending billions to pump more oil, with crude output capacity set to rise by about 25% to 5 million barrels a day by 2030.

The country is also boosting natural gas production capacity and aims to export more of the fuel even as it pledges to reduce its carbon footprint. The UAE is developing solar plants and nuclear generation to cut emissions and meet its 2050 net-zero target, the first announced by a major Gulf crude producer.