An eye-opening portrait of bin Laden, drawn from his personal files 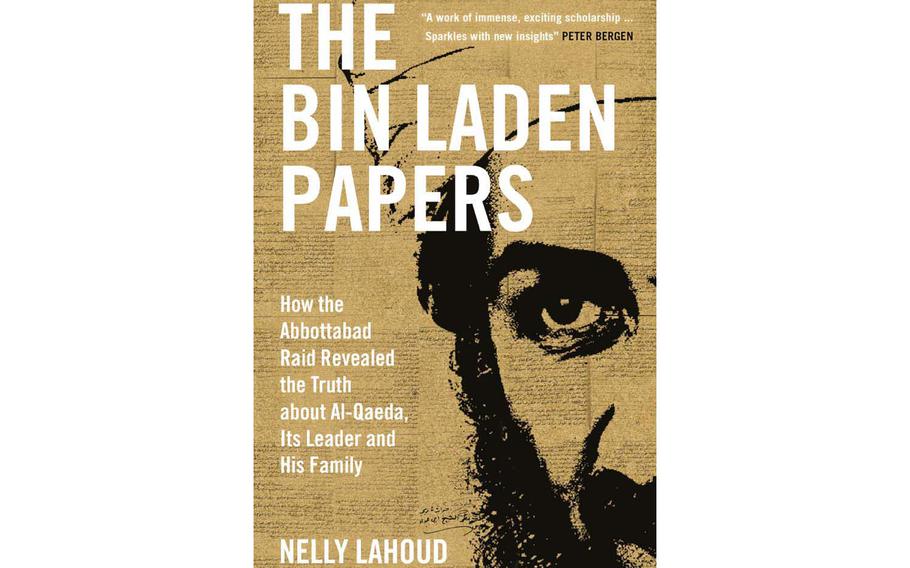 How the Abbottabad Raid Revealed the Truth About al-Qaeda, Its Leader and His Family By Nelly Lahoud Yale. 362 pp. $28.

On May 1, 2011, nearly 10 years after the devastating attacks of Sept. 11, 2001, President Barack Obama and his national security team huddled in the Situation Room, eyes glued to a video screen, as U.S. Navy SEALs in full combat gear entered Osama bin Laden's hideout in Abbottabad, Pakistan. Less than an hour later, bin Laden was dead.

Along with bin Laden's body, the SEALs collected a "treasure trove" of documents. "We not only took out the symbol and operational leader of al-Qaida," a triumphant Obama reported, "we walked off with his files," a "mountain of intelligence." The vast cache of files ranged from video games to intimate records of family conversations, from lines of poetry penned by bin Laden's third (of five) wives to drafts of bin Laden's speeches and statements, carefully revised and scrupulously edited by his daughters.

After extracting what was deemed "actionable intelligence," the U.S. government began declassifying portions of the archives, releasing 470,000 documents in 2017. Terrorism scholars plunged in. The U.S. Military Academy's Combating Terrorism Center reported on bin Laden's disagreement with the tactics and strategy of regional franchise groups. Terrorism expert Peter Bergen wrote about bin Laden's attempts to micromanage the affairs of al-Qaida from afar, his frustration with the group's sitting on the sidelines during the Arab Spring and the potent influence of his wives' advice.

Now Nelly Lahoud, a seasoned expert on the global jihadist movement, has given us "The Bin Laden Papers: How the Abbottabad Raid Revealed the Truth About al-Qaeda, Its Leader and His Family," a comprehensive, meticulously constructed and eye-opening look at bin Laden as husband, father and leader-in-hiding. Unusual and somewhat off-putting, Lahoud relies on first names throughout - "Usama" for bin Laden; "Ayman" for al-Zawahiri, the Egyptian who succeeded bin Laden as head of al-Qaida; "Abu Musab" for al-Zarqawi, the founder of al-Qaida in Iraq (AQI). Nonetheless, it is an engaging and persuasive read.

The bin Laden who emerges from these pages surprises. After 9/11, "global jihad was on autopilot," Lahoud tells us, and in her estimation al-Qaida was experiencing "operational impotence." She disputes al-Qaida's long-standing reputation as "a Leviathan in the jihadi landscape," an image she acknowledges lasted until bin Laden's death. Instead, she shows us a man in defeat, essentially imprisoned in his hideout in Pakistan, separated from children and wives whom he longed to have by his side, often at odds with new militant groups, and intent on reemerging onto the global stage, a conquering hero at last.

Expanding upon her image of al-Qaieda's powerlessness and ineptitude, Lahoud challenges the mostly unquestioned assumption of the group's role in high-profile strikes such as the July 2005 attack on the London transit system. "Everything in the bin Laden papers," Lahoud writes, "indicates that al-Qaeda could not have been behind the [London] attacks." Similarly for the Madrid bombing in 2004 and the disrupted 2006 plot to use liquid explosives on transatlantic flights. Lahoud finds it "inconceivable" that al-Qaida "had the wherewithal to mount international attacks."

Along the way, Lahoud's analysis debunks some of the most sacred narratives of terrorism experts. Contrary to the 9/11 Commission report's conclusions, she tells us, Khalid Sheikh Mohammed was not the mastermind of those attacks. Instead, she directs us to bin Laden's notes scribbled on a sheet titled "The Birth of the Idea of September 11," in which he credits another man - Egyptian pilot Gameel al-Batouti - with providing the inspiration for the attacks, albeit posthumously and unintentionally. (Federal officials blamed Batouti for crashing his plane into the Atlantic near Nantucket in 1999, killing 217.)

Lahoud also reinforces some earlier scholarly challenges to common assumptions. She agrees with those who have posited a "a closer relationship" between Mohammad Omar, the head of the Taliban, and bin Laden, reasoning that Omar might have "agreed to let Usama carry out the 9/11 attacks in return for the assassination of [Ahmad Shah] Masoud," the head of Afghanistan's Northern Alliance, the U.S. partner in defeating the Taliban. And she weighs in on debates over the impetus for the 2004 formal merger between al-Qaida and Zarqawi's AQI, the predecessor to the Islamic State, seeing it as a way of helping bin Laden reassert his group's relevance despite his being in hiding.

Perhaps most consequential for the history books is her dismissal of the generally acknowledged identity of the courier who led the Americans to bin Laden. It was not, she argues, bin Laden's bodyguard but rather a Pakistani businessman who had no idea that he was serving as a middleman.

Lahoud fails to debate, here or elsewhere, whether bin Laden may have intentionally distorted the record at important junctures; all told, however, experts will probably find themselves compelled to revisit many of their assumptions based on her reading of the papers.

Ultimately, "global jihad itself, [bin Laden] came to realize, had been ill-conceived," Lahoud writes. He set out to refocus al-Qaida's resources on the United States as the primary target of committed jihadists and allied groups. Intent on attacking "the income of every American citizen," bin Laden aimed to "directly affect the security and economy of the American people as a whole." He grew fixated on the 10th anniversary of 9/11, banking on it as the occasion for announcing his new vision. He even planned a public statement outlining "a new phase to correct the mistakes we made." Meanwhile, in meticulous detail, he designed a plot to blow up U.S. oil tankers in hopes of "thrusting America into a severe economic crisis."

But neither the statement nor the plot materialized. Four months before the anniversary, the SEAL team stormed bin Laden's compound. Subsequently, Younis al-Mauritani, the man tasked with leading the attack on the tankers, was apprehended.

When all is said and done, Lahoud leaves us wondering: If bin Laden's "post-9/11 goals did not go beyond empty threats, unexecuted plans, and more than a little wishful thinking," then how are we to understand the persistent, ever-expanding U.S. policy focused on al-Qaida and its supposed existential threat?

Lahoud contends that the misassessments "diverted valuable resources away from other more threatening jihadi groups," allowing "the Islamic State to eclipse al-Qaeda." Retired four-star general Joseph Votel, formerly head of U.S. Central Command and U.S. Special Operations Command, concludes, "Our involvement in Afghanistan and Pakistan might have been different," noting, "We might have overestimated our foe."

But an even more fundamental concern emerges from Lahoud's analysis, one that deserves as much scrutiny as these archives: Is it possible for the United States to avoid making these miscalculations in the future? If not, how much more blood and treasure might we lose, and how many more unintended consequences may come our way?

Karen J. Greenberg is the director of the Center on National Security at Fordham Law and the author of "Subtle Tools: The Dismantling of American Democracy From the War on Terror to Donald Trump."