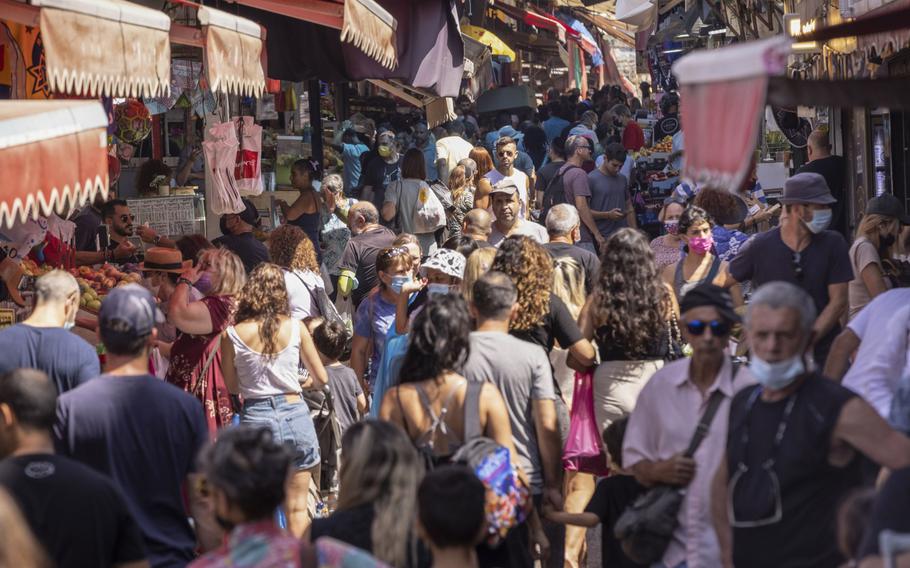 Crowds of shoppers in Carmel Market in Tel Aviv in 2021. (Kobi Wolf/Bloomberg)

Soaring costs for food staples in import-dependent Middle Eastern and North African countries are putting people's resilience at a "breaking point," according to the United Nations' World Food Programme.

Russia's invasion of Ukraine, a major crop exporter, has added to surging costs for flour and vegetable oil, which are central to the region's diets, it said in a statement Thursday.

A gauge of global food prices reached an all-time high in February, and the crisis is hitting at the onset of Ramadan, when people would typically gather for meals with friends and relatives to break the daily fast.

"We are extremely concerned about the millions of people in this region who are already struggling to access enough food because of a toxic combination of conflict, climate change and the economic aftermath of COVID-19," said Corinne Fleischer, WFP regional director for the Middle East and North Africa. "This crisis is creating shock waves in the food markets that touch every home in this region. No one is spared."

Russia's invasion of Ukraine has sent the cost of even basic foods like bread soaring in the region, especially for wheat dependent nations like Egypt. Saudi Arabia this week pledged $15 billion in support to Egypt, the latest Gulf state to back an economy under increasing pressure from the war.