OPEC says the US must trust its oil production strategy 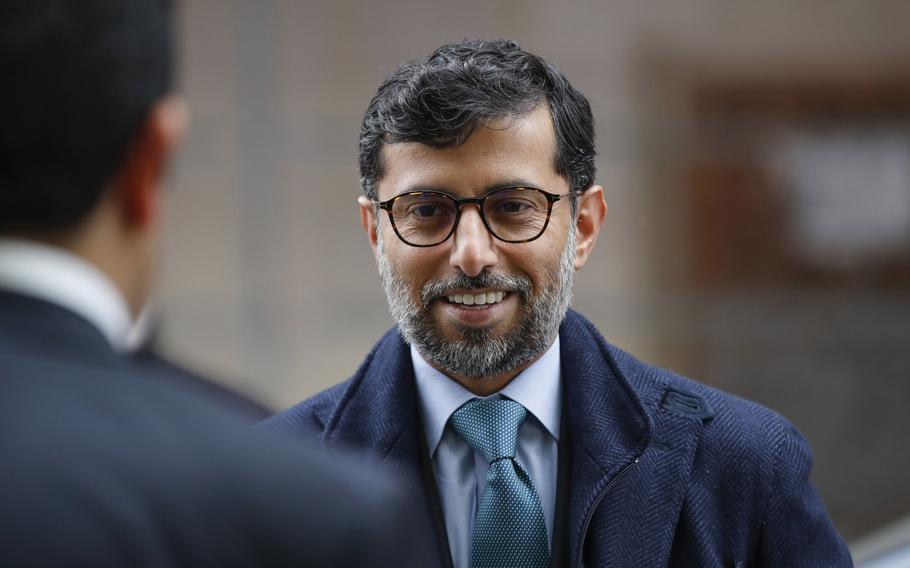 Saudi Arabia and the United Arab Emirates said the U.S. must trust OPEC+’s strategy, as Washington and other major importers call on the group to hike oil production following Russia’s invasion of Ukraine.

Crude prices surged to almost $140 a barrel soon after Moscow’s attack last month, though they’ve eased to around $110 this week amid a rise in coronavirus cases and tighter lockdowns in China. They’re still up by 40% this year.

OPEC+, led by Saudi Arabia and Russia, meets on Thursday to decide on output levels for May. Members have far signaled they see no need to divert from their policy of small increases each month.

“We’re experts in our field and we’ve been doing it for a very long time,” UAE Energy Minister Suhail al Mazrouei said at a conference in Dubai on Tuesday, sitting alongside his Saudi counterpart. “We’re trying to balance the market and it’s not an easy job. We’re not the only producers in the world and when we say this is the right way to do it, we know it from experience. So, trust us.”

The Organization of Petroleum Exporting Countries and its partners say prices have spiked because of geopolitical tension and that there’s little evidence yet of the market being significantly under-supplied.

Russian oil flows have probably fallen by 1.5 million barrels a day since the invasion, according to the International Energy Forum, a multilateral organization based in Riyadh. Still, it will take around two weeks until there’s firm evidence and OPEC+ will want to assess that data, IEF Secretary-General Joe McMonigle told Bloomberg Television.

OPEC+ slashed supply by 10 million barrels a day at the start of the pandemic, which crushed oil demand, and is still unwinding those cuts. The U.S., Japan and Europe have tried to persuade the 23-nation group to accelerate its increases of around 400,000 barrels a day each month.

U.S. Secretary of State Antony Blinken was scheduled to meet the UAE’s de facto leader, Mohammed bin Zayed, in Morocco on Tuesday. Washington says they’ll talk about regional security. It’s unclear if oil will be on the agenda.

Abdulaziz bin Salman, the Saudi energy minister, reiterated that OPEC+ must ignore politics and focus on the balance between supply and demand. The Saudis and UAE have said Russia’s presence in OPEC+ is key to the group’s success and that the alliance shouldn’t be broken up.

“Today’s volatility would have been even worse if OPEC+ were not together and did not exist,” Prince Abdulaziz said at the Dubai conference.

He also said the international community must take attacks on oil infrastructure in the Arabian Gulf more seriously. Saudi Arabia and the UAE have been targeted by Iranian-backed Houthi rebels based in Yemen several times this year. On Friday, the Houthis launched missiles and drones at several sites in Saudi Arabia and caused a large fire at a fuel depot in Jeddah.

The Saudis and Emiratis have criticized Washington for responding too slowly to Houthi aggression and pursuing the nuclear negotiations with Iran, which they fear will hand Tehran an oil windfall. Last week, Saudi said it can’t be held responsible for any drop in oil exports if the Houthis damage its infrastructure.