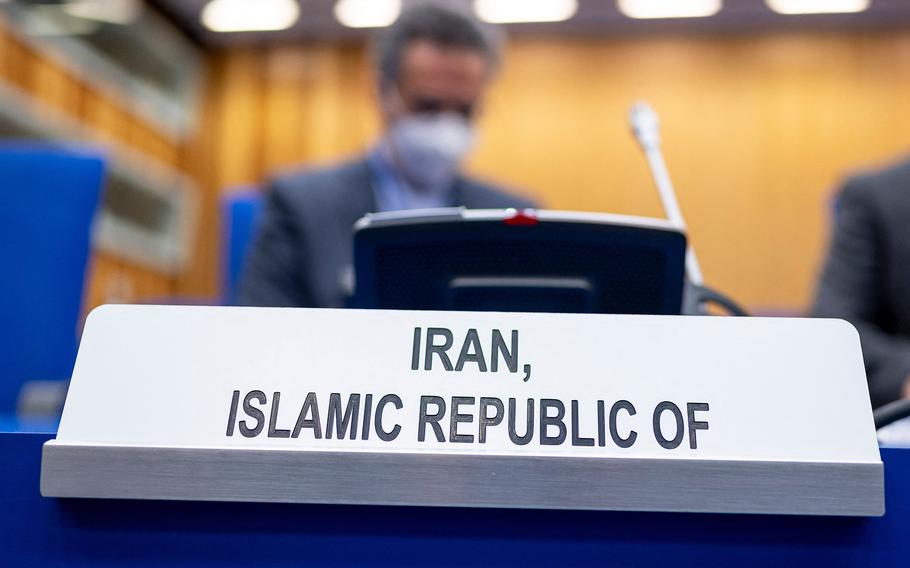 Iran’s political attache at the permanent mission to the Vienna-based international organizations Khodayar Rouzbahani is seen at the IAEA headquarters in Vienna, on March 7, 2022. (Joe Klamar/AFP via Getty Images/TNS)

(Tribune News Service) — France, Germany and the U.K. noted they're disappointed that the Iran nuclear talks were suspended, adding that "a fair and comprehensive deal is on the table ready for conclusion," according to an emailed press release on Saturday.

"It is our understanding that Iran and the U.S. have worked hard to resolve final bilateral issues and so we are ready to conclude this deal now," the statement said.

European Union foreign policy chief Josep Borrell said on Friday that a pause in the Vienna talks was required due to "external factors, without elaborating. Borrell said the sides had come very close to an agreement but didn't say when — or if — the negotiations would resume.

"Nobody should seek to exploit Joint Comprehensive Plan of Action (JCPOA) negotiations to obtain assurances that are separate to the JCPOA," the statement says, concluding that the the "deal on the table can and should be concluded with the utmost urgency."

The talks were suspended amid tensions between the White House and the Kremlin, with Moscow insisting on U.S. guarantees that the sanctions imposed over Russia's invasion of Ukraine would not affect its planned partnership with Iran.