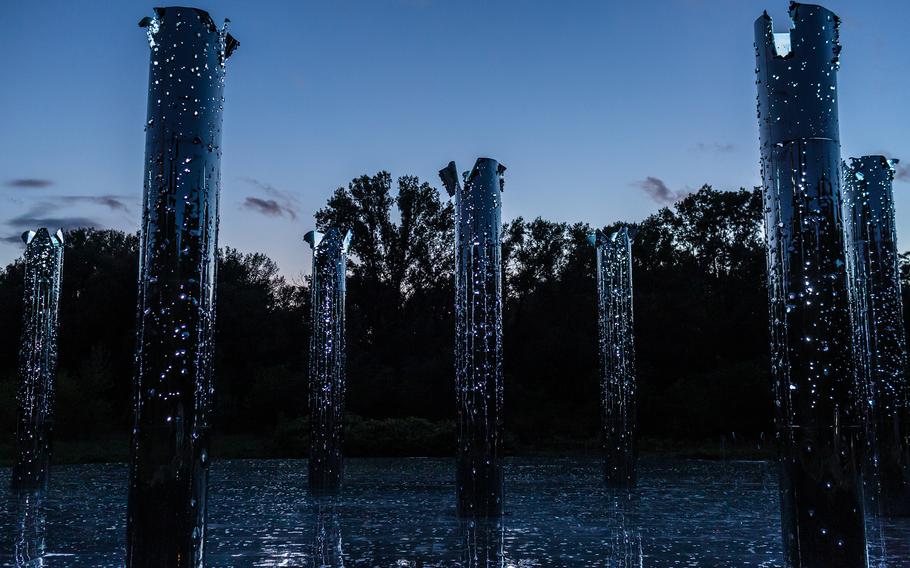 KYIV, Ukraine — Israeli officials and relief groups are readying plans to help Ukraine’s Jewish community in the event of an all-out war between Ukraine and Russia, according to individuals familiar with the process.

The officials and agencies are gaming out contingencies that include managing a new wave of immigrants coming to Israel and aiding displaced Jews in Ukraine as they did in 2014 when Russian forces annexed Crimea from Ukraine and Russian-backed separatists began a conflict in eastern Ukraine. In a worst-case scenario, the plans could mean directly evacuating thousands of refugees.

Privately, Israeli officials make clear they don’t expect the nationwide chaos that would require a mass airlift. But Israel would be ready to act if needed, they said, as the country has done in other hot spots. Two individuals involved in the process confirmed the meetings have occurred, speaking on the condition of anonymity to discuss confidential planning.

“We’re prepared for all scenarios,” said Pnina Tamano-Shata, Israel’s minister of immigration and absorption, the branch of government in charge of easing the arrival of Jews from around the world, according to the Israeli news outlet Ynet.

As many as 100,000 Jews live in Ukraine, according to Yael Branovsky of the International Fellowship of Christian and Jews in Jerusalem. The aid group was deeply involved in aiding thousands of Jews who were displaced from Ukraine’s eastern Donbas area when war erupted in 2014.

Officials from Israel’s defense and foreign ministries and other security branches gathered in January to assess the possible wartime needs of Ukraine’s Jewish communities, according to a report in the Haaretz newspaper and confirmed by two people who have participated in the planning but spoke on the condition of anonymity to discuss sensitive deliberations.

The Israeli Ministry of Foreign Affairs declined to comment on the reports, saying only that it is preparing its own citizens in Ukraine for the possibility of trouble. At the request of Israel, some 4,000 Israelis living in the country have registered with the embassy in Kyiv since late January, according to ministry spokesman Lior Haiat.

On Friday, an Israeli advisory said that its citizens should consider leaving Ukraine immediately and that it would begin evacuating family members of embassy staff.

The history of Judaism in Ukraine, going back more than a millennium, is both rich and tragic. Hasidism traces it roots to Ukrainian Jews, and the communities here have flourished in different periods of history. But they have suffered inconceivably brutal pogroms and mass killings at other times, including during the Czarist era, communist revolutions and the Holocaust.

More recently, Ukraine’s ongoing conflict in eastern Ukraine has split a vibrant Jewish community of at least 30,000 people centered around the city of Donetsk, according to Pinchas Vishedski, who was the chief rabbi of the city until the war caused him to flee to Kyiv with many others.

Some members Jews opted to stay in the east, Vishedski said, particularly older residents who felt it was too difficult to disrupt their lives. Many of them feel comfortable living in the Russian-dominated area.

“They live with a lot of propaganda,” he said. “When I talk to them, they think that they have it better than we do.”

But most of his former Jewish community members fled the fighting, with some heading immediately to Israel and others resettling elsewhere in Ukraine, mostly in and around Kyiv. Jewish relief agencies converted a youth summer camp near the capital into a refugee center for families that often arrived with little more than a suitcase, Branovsky said.

Several the agencies, including IFCJ, the Jewish Agency and the New York-based Joint Distribution Committee, worked to resettle the families. They provided food, clothing and, later, money for rent. With the Passover holiday falling in the early days of the crisis, one group delivered 53,000 boxes of matzoh around the country.

Almost eight years later, the families are still struggling to rebuild their lives hundreds of miles from areas their families have lived for generations, said Vishedski, who now goes by the title of chief rabbi for Jewish Community of Refugees from Donbas and Crimea.

“It’s been very intense and we are still struggling,” said Vishedski in his new office next to a hookah bar in Kyiv’s historic Podil neighborhood. “It was very frightening but we lived through it.”

But the rabbi doesn’t expect many of his followers to flee to Israel even now and finds the talk of mass evacuations to be overblown.

“Nobody in Israel has talked to us about this,” he said.

A Ukrainian named Shaul, who spoke on the condition that his last name not be used to protect his privacy, has already fled his home once. His family of four left their apartment in Donetsk in spring 2014 with luggage for a wedding trip. Don’t come back, his neighbors warned at the time, the police station is burning and your block is a war zone.

Almost eight years later, they are living in a 25-story building in Kyiv, where Shaul works remotely as a team leader for a Boston-based tech company. In his kitchen, he described the trauma of not seeing the city where three generations of his family grew up — he still pays utilities on his property there so it won’t be confiscated — but also his desire to stay in Ukraine even through another war.

“If it gets really bad, we’ll go to Israel,” said Shaul, 43. “But I have my profession here, my community here, my rabbi here. It’s where we want to stay.”