‘They have left everything behind.’ How Afghan families are finding a new home in Miami 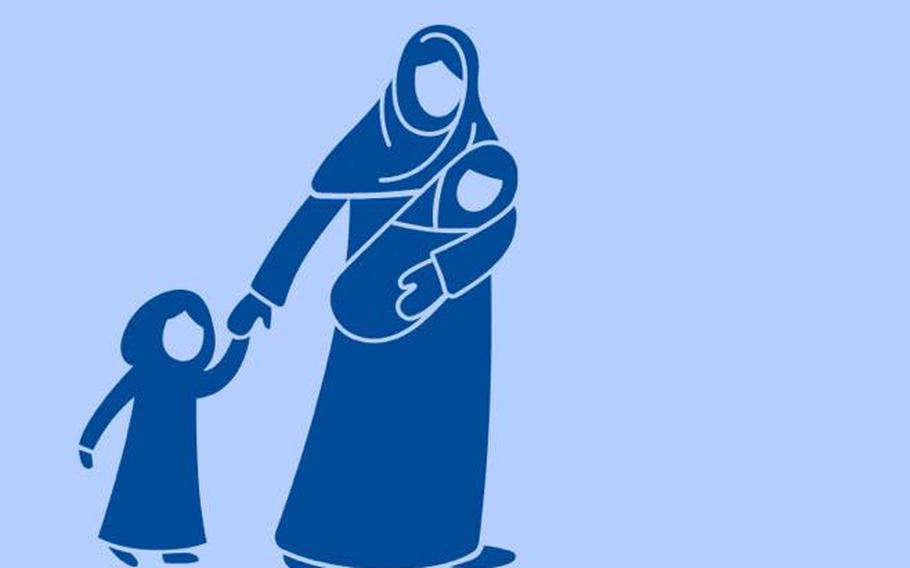 MIAMI (Tribune News Service) — When a family of seven from war-torn Afghanistan arrived at Miami International Airport last week, volunteers were there holding a sign. They had come to help the family start a new life in South Florida.

Speaking little English and having no more than clothes and few personal items, they leaned on Jewish Community Services’ volunteers to help them get their luggage and get to a hotel for the night.

A warm Halal meal — food permitted under Islamic law — cooked by the Islamic Center of Greater Miami was waiting for them when they got there.

The next day, the family members — who speak Dari and communicated through a translator — were taken to their new home in Northwest Miami-Dade.

Waiting for them: a stocked kitchen, sheets and towels, toiletries and other necessities.

The family is one of several that the JCS will be welcoming over the next few weeks to South Florida.

The faith-based organization was approved as a resettlement agency in partnership with the nonprofit immigrant aid group HIAS. Their mission: to help Afghan refugees displaced after the United States withdrew from the country in August.

Church World Service is also an approved agency and has already helped resettle about 200 people, according to Carlos I. Naranjo, the resettlement program manager for the nonprofit.

As of Dec. 13, more than 74,000 Afghans have come to the U.S. through Operation Allies Welcome since August, according to the Department of State. Nearly 40, 000 people had been relocated from military base “safe havens” to communities across the country.

Miriam Singer, who runs Jewish Community Services, said the community has been planning for weeks for their arrival. Organizations, synagogues and individuals throughout South Florida have stepped up to help the refugees start a new life.

“It was a very rough end for them and there were many individuals that assisted our government and were at great risk if they stayed there,” Singer said, adding she has seen a great response. “We are a community of refugees in South Florida and we are very inspired to see the broad support of the community.”

Jewish story is the refugee story

Temple Beth Am Rabbi Rachel Greengrass said helping people who have been displaced is personal.

“It’s partially because the story of the refugee is a story that we Jews don’t only sympathize with, we empathize with,” she said during a recent discussion of the topic at the Pinecrest synagogue. “We relive the story of our escape from Egypt. It’s not just these ancient stories that speak to us. Throughout history it’s kind of depressing to look at Jewish history, and see century after century of Jewish expulsion.”

But despite the adversity, she said Jews have been resilient and adjusted to new languages, cultures and ways of doing thing.

The most recent mass immigration was following World War II.

Greengrass said her grandfather, who was from Poland, had help from HIAS.

Singer said they know most of the clients are arriving in Miami with little.

“In most cases, they have left everything behind,” she said.

The refuges will need help with almost everything: transportation, food, rent, school.

“There is an array of experience that people will have coming in,” she said. “We will introduce them to everything.”

Singer arranged for each family to have an apartment near each other so they can also help each other.

She has been collecting everything for months, including sheets, towels, food and toys.

“The market is not affordable,” he said.

When Ilene Kossman, a Temple Beth Am congregant, saw the U.S. withdrawal from Afghanistan unfold on the news in August, she knew immediately that she wanted to help.

“We owe them the opportunity to have safe passage to the United States and to help them rebuild their lives,” Kossman said at a recent discussion about helping.

She and her husband and another couple are heading up one pod. Another Temple Beth Am member is heading up another.

The idea is for the pods to be assigned families to help them navigate life in South Florida.

Each pod will distribute the responsibilities to members. Some may be responsible for helping the family enroll in school and another may be tasked with helping them find jobs.

The goal, Singer said is for Afghan families to settle in Miami, their new home.

While the federal government requires that resettlement agencies provide housing and services for three months, Singer said the goal is to extend the offer for six months.

“The ultimate goal is for them to be self sufficient,” Singer said. “It would be great if they would stay here and we can help foster an Afghan community in our amazing diverse, multicultural world of South Florida.”

▪ Identify and/or secure low cost or no-cost housing for the 90-day transition period.

▪ Volunteers are needed for tasks including airport pickup, shopping experiences and navigation, food delivery and offering rides to appointments.

▪ Help with furnishing and stocking apartment.