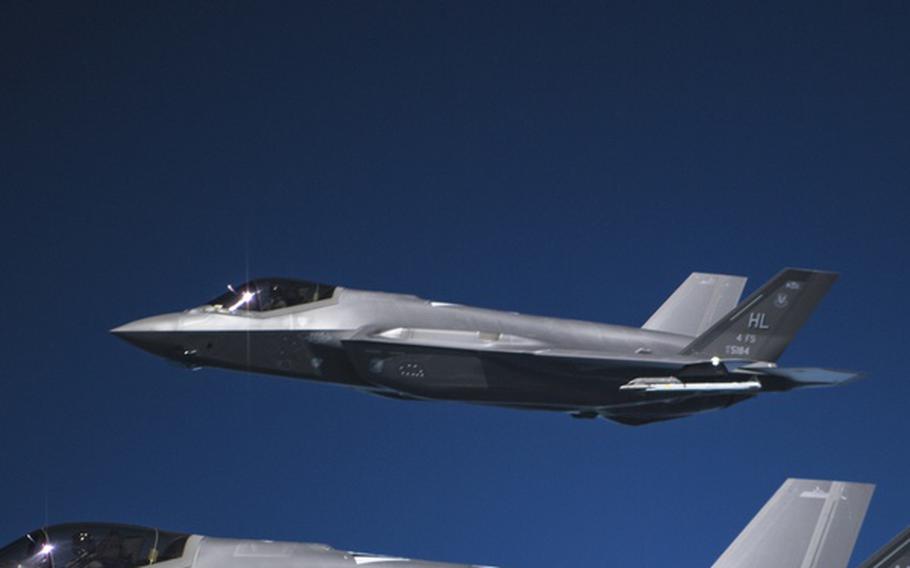 Earlier this week, the UAE said it’s suspending negotiations with the U.S. over a purchase as it reassesses the strategic requirements and the cost benefits of the aircraft. (Keifer Bowes/Air Force)

The U.S. is still open to talks with the United Arab Emirates over a stalled $23 billion deal to sell F-35 jets and other weaponry, the Pentagon said.

Earlier this week, the UAE said it’s suspending negotiations with the U.S. over a purchase as it reassesses the strategic requirements and the cost benefits of the aircraft.

“They raised questions and concerns. We have questions and concerns of our own, and we’ll work our way through that,” Pentagon Press Secretary John F. Kirby told a briefing on Thursday. “We still would like to see this sale go through, and we’re still open to dialogue with the UAE about it.”

The developments underscore continued maneuvering over the Biden administration’s pressure for the UAE to remove Huawei Technologies Co. from its telecommunications network over the next four years and take other steps to distance itself from China.

After two days of meetings at the Pentagon on Wednesday and Thursday, the U.S. and the UAE reaffirmed their commitment to a strong bilateral defense relationship and recognized the UAE as a key partner in addressing regional challenges, according to a statement.

“Both sides agreed on the importance of the U.S.-UAE strategic partnership, as one based on shared interests and shared priorities,” Kirby said in the statement, adding that the discussions focused on a broad range of regional and defense issues, including threats from Iran and opportunities to expand cooperation as Israel enters the U.S. Central Command (Centcom) Area of Responsibility.