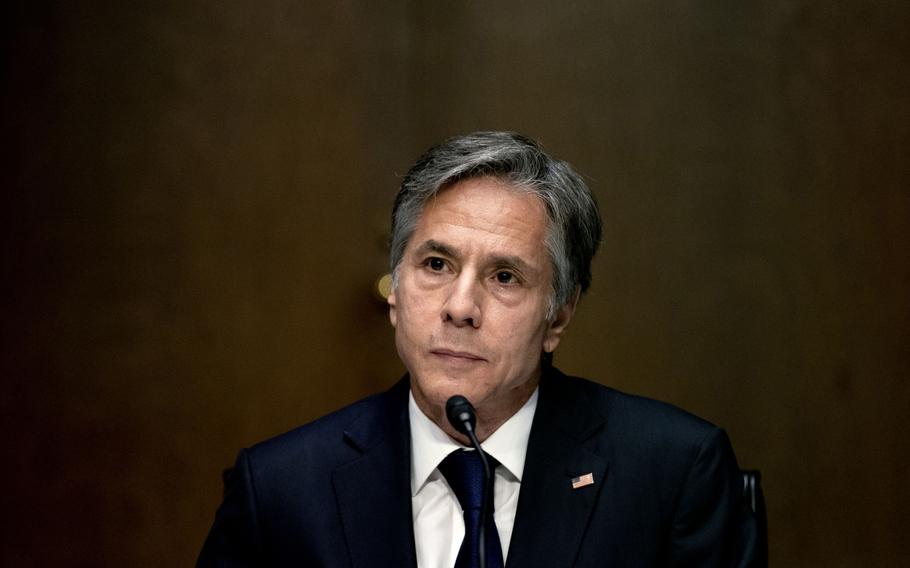 Stern warnings from U.S. and European officials suggest the window is closing on nuclear talks with Iran, with frustration boiling over after two weeks of negotiations marred by allegations of Iranian backsliding.

Secretary of State Antony Blinken suggested that the U.S. could soon shift its attention away from attempting to resurrect the 2015 accord that had capped Iran’s nuclear activities in exchange for sanctions relief.

“We are actively engaging with partners and allies on alternatives,” Blinken told journalists on Tuesday in Jakarta. Diplomats from France, Germany and the U.K. who are negotiating with Iran warned the agreement “will very soon become an empty shell,” according to a rare statement emailed late Monday from Vienna, where the talks are taking place.

The concern is being exacerbated by Iran’s continued acceleration of its nuclear program, as well as the restrictions placed on International Atomic Energy Agency monitors.

Tehran’s top nuclear official, Mohammad Eslami, told state-run television on Tuesday that inspectors won’t be allowed back into a workshop for centrifuges. IAEA monitors have reported thousands of the new machines are being readied to separate uranium isotopes, signaling another significant expansion in enrichment capacity if diplomacy fails.

Iran dramatically stepped up its atomic work after the Trump administration exited the 2015 deal three years ago and reimposed punishing sanctions on the country’s economy.

It has enriched uranium to 60% levels, close to what’s needed to make nuclear weapons. Iran says it has no intention of building warheads but concerns it might try drove the diplomacy that culminated in the 2015 accord.

Given those fears, the stalemate in the Austrian capital could soon radiate out to the Middle East, leading to more saber rattling among nations concerned by Iran’s atomic activities, especially Israel. Energy markets are also closely watching the talks for signs of when the holder of the world’s No. 2 gas and No. 4 oil reserves might return to global markets.

Among the most contentious Iranian positions in Vienna is the insistence that its engineers be allowed to continue using some advanced centrifuges that weren’t permitted under the original pact.

Tehran’s government is also seeking broader respite from sanctions than the U.S. is prepared to give, as well as guarantees that future White House administrations won’t again scuttle the accord.

Disappointment, worry and urgency were the words chosen to describe the stalemate by a person familiar with discussions between European Union foreign ministers on Monday in Brussels. EU shuttle diplomacy between Iranian Foreign Minister Hossein Amirabdollahian and Blinken have so far failed to bridge differences.

“Time is running out” given “Iran’s fast-forwarding of its nuclear program,” wrote European diplomats.

The U.S. said last week that Iran could face fresh sanctions if negotiations fail and the Islamic Republic could be censured at IAEA over its lack of cooperation with inspectors. While such a resolution of censure would be mostly symbolic, diplomats involved in the Vienna talks have the option to pursue more aggressive actions resulting in greater escalation.

European nations still active in 2015 accord could refer Iran back to the UN Security Council, where broader international sanctions could be snapped back. Iran has warned such a move could lead it to exit the nuclear Non-Proliferation Treaty, curtailing international monitoring altogether.