Revived talks aimed at restoring the 2015 Iran nuclear deal ran into difficulties Thursday just days after they restarted, following a report by the International Atomic Energy Agency that Iran has again escalated its enrichment of uranium despite the renewed diplomacy.

In the report, distributed to negotiators late Wednesday, the U.N. body responsible for monitoring Iran’s nuclear program said that Iran is enriching uranium to 20% purity using advanced centrifuges at its Fordow facility — a place where the original deal prohibited any enrichment at all.

The content of the report was confirmed by IAEA Director General Rafael Grossi, who said that increased production at Fordow allows the Iranians “to go much faster and increase (enrichment) volumes significantly.”

The report drew an immediate angry response from Israel. In a phone call with Secretary of State Antony Blinken, Israeli Prime Minister Naftali Bennett urged the United States to call off the talks immediately, accusing Iran of using “nuclear blackmail” as a negotiating technique, according to a statement from his office.

That Iran is stepping up its enrichment of uranium even as it reengages in diplomacy deepened the sense of pessimism already clouding the talks, which resumed Monday in Vienna following a five-month hiatus brought about by the installation of a new, hard-line government in Tehran.

Speaking to reporters in Stockholm, Blinken said Iran’s “recent moves, recent rhetoric don’t give us a lot of cause for optimism.”

“In the very near future, the next day or so, we’ll be judging whether Iran actually intends now to engage in good faith,” Blinken said. There is still time for Tehran to “reverse course” and engage in meaningful negotiations, he said. “What Iran can’t do is sustain the status quo of building their nuclear program while dragging their feet on talks,” he added. “That will not happen.”

His comments followed a vivid threat to the United States by the head of the Iranian Revolutionary Guard Corps’ elite Quds Force. If the United States makes any military moves against Iran, Brig Gen. Esmail Qaani was quoted as saying by Iranian state media, “your teeth will be crushed in your mouth.”

Iran did not deny the new enrichment allegations, describing them as “an ordinary update in line with regular verification in Iran,” according to a tweet by Iran’s permanent mission to the U.N. organizations in Vienna.

Iranian officials offered a far more upbeat assessment of the negotiations than the other participants, which include Britain, France, Germany, Russia, China and the European Union. Iran has refused to meet directly with the United States, which withdrew from the nuclear deal under the Trump administration in 2018.

The U.S. delegation, located in a separate Vienna hotel, is being briefed by the European partners.

In a Thursday morning tweet, Iranian Foreign Minister Hossein Amir-Abdollahian said the talks were “proceeding with seriousness, and sanctions removal as a fundamental priority.”

Iranian negotiator Ali Bagheri told reporters in Vienna that his delegation gave the other participants two draft documents late Wednesday covering Iran’s view on the removal of U.S. sanctions, and on its nuclear activities related to commitments under the 2015 Joint Comprehensive Plan of Action, or JCPOA.

Iran has argued that all sanctions levied since the U.S. withdrawal must be lifted. The United States has said the agreement covers only “nuclear-related” measures and that sanctions imposed as punishment for human rights abuses, missile programs and terrorist-related activities must remain in force.

Under the original accord, Iran agreed to sharp limits on the quantity and quality of enriched uranium it possessed. After waiting a year following President Donald Trump’s withdrawal — along with U.S. reimposition of sanctions lifted under the JCPOA and about 1,500 new measures as part of its “maximum pressure” campaign against Tehran — Iran began to install advanced centrifuges to increase the level of enrichment.

At the same time, it began blocking IAEA access to some areas it had agreed would be subject to international monitoring.

Grossi, in a late Wednesday interview with France24 television, said that the new IAEA report confirms “that Iran has increased production capacity at this particular facility, Fordow.” Its significance, he said, is “up to the negotiators” to decide. But, he said, “I think it is very important” because “we had an agreement on certain activities that has not been complied with by Iran.”

The IAEA director general dismissed recent reports that Israel has shared intelligence with the United States indicating that some Iranian enrichment has risen as high as 90% purity — considered weapons grade. “We don’t have this information,” he said. “One has to remind that the only on-site presence (in Iran) is our presence. There’s no 90% enrichment at the moment.” Various centrifuges are producing 5, 20 and 60% enrichment, he said.

Under the 2015 agreement, Iran agreed to enrich only to 3.67% and to possess only a limited quantity of enriched uranium for research and medical purposes.

Grossi said his visit last month to Tehran to restore the agreed verification at all sites proved “inconclusive.” Since then, Iran has said it expected all differences to be resolved “soon.”

“I hope we’ll be able to reach a deal,” he said. “If they invite me, I will go in a minute. I saw public messages from (Amir-Abdollahian) saying that he believes it is a matter of a couple of words. If that is the case, I can go very, very fast, and we can have a quick agreement” on monitoring.

Overall, Grossi said, “I believe a deal is always possible, provided the political will is there.” Asked whether a deadline was near, he said it was “soon, soon.”

Reinstating the deal was always going to be difficult, but the extent of the obstacles has grown clearer in recent weeks. Iran’s resumption of uranium enrichment in response to the U.S. withdrawal may have now reduced to a few weeks the “breakout” time needed to acquire enough material for a nuclear weapon — down from a year prior to the pullout.

Iran’s new president, Ebrahim Raisi, has meanwhile made it clear he believes the sole purpose of the revived talks is to lift the Trump-imposed sanctions.

The Washington Post’s Shira Rubin in Tel Aviv contributed to this report. 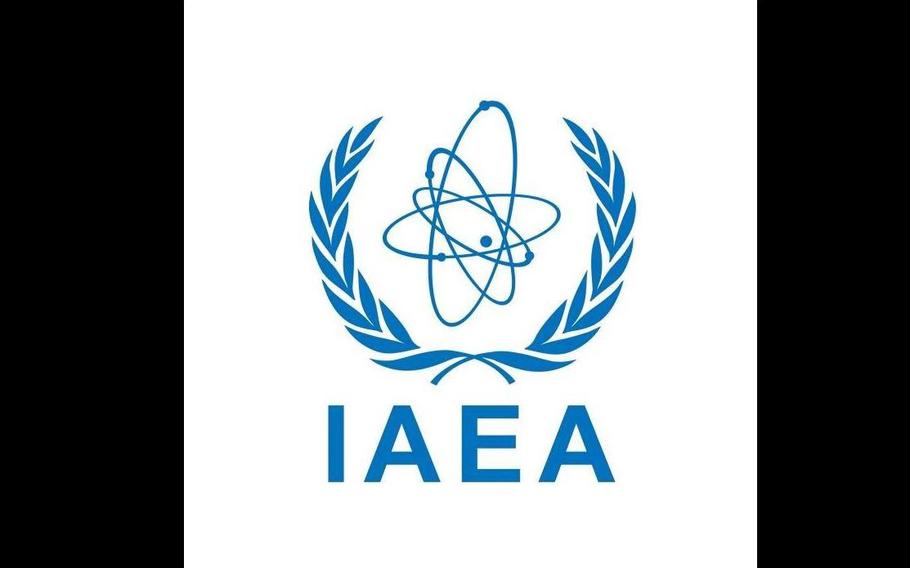