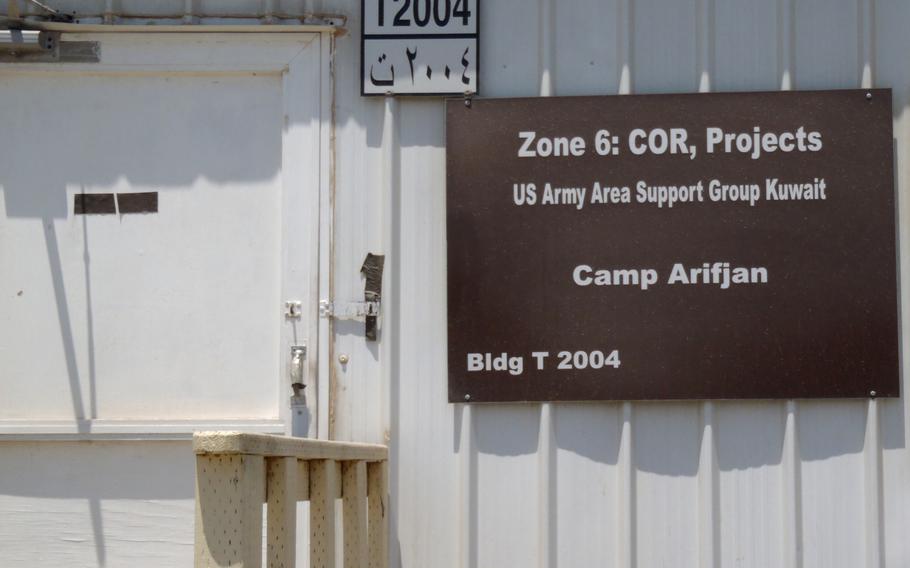 An ex-Army civilian employee was sentenced to prison this month for offering a government contractor much more than soup, salad and breadsticks at an Olive Garden in Kuwait in 2015.

Ephraim Garcia, 64, pleaded guilty earlier this year to one count of conspiring to offer a kickback and one count of offering a kickback, both stemming from the meeting at the chain restaurant between the unnamed American contractor and the head of a Kuwaiti firm that was seeking about $3 million in subcontract work on Camp Arifjan, Kuwait.

Garcia, who retired from the Air Force in 2000 as a master sergeant, admitted to brokering the meeting, where prosecutors say he and the CEO of the firm Gulf Link Venture Co., Gandhiraj Sankaralingam, offered to pay the employee of Colorado-based Vectrus Systems Corp. to steer some of the company’s government contract business to Gulf Link.

In 2011, Vectrus was awarded the Kuwait base operations security and service support contract, for which the Army had paid out more than $2.7 billion as of 2016, the Pentagon’s Inspector General said in a report four years ago.

Sankaralingam and Garcia, who was a mechanical engineer for the Army’s department of public works on Camp Arifjan, offered to split proceeds from the inflated costs of heating and air conditioning work under that contract — possibly up to $756,000 — with the Vectrus employee if it was awarded to Gulf Link, court records state. Instead, the employee reported the illegal offer to the government.

Garcia, who also retired after 16 years as an Army civilian in 2016, was arrested in 2019 and indicted the following year. Sankaralingam was also charged in the indictment with conspiring to offer a kickback and paying illegal gratuities to Garcia, but he remains a fugitive.

Under a plea agreement last summer, the government dropped a charge that Garcia had received some $170,000 in illegal gratuities from Sankaralingam and others at Gulf Link and another firm, which they said was sent to Garcia’s adult daughters’ bank accounts from 2010 to 2015.

“Mr. Garcia emphatically denies that this money was derived illegally,” his attorneys said pleading for the judge’s leniency in sentencing, citing their client’s age, declining health and the difficulties his family has suffered since he was arrested.

Prosecutors had sought a sentence of eight to 10 years and a fine of $165,000, citing Garcia’s net worth of more than $1 million.

But in a letter to the judge, Garcia sought probation and home confinement, citing his impoverished upbringing in the Philippines, his honorable military service, his wife’s worsening health over stress from his arrest and his daughter’s acid reflux.

In response, prosecutors said his involvement in the kickback conspiracy was not a “one-time ‘lapse in judgment,” and suggested to D.C. District Judge Amit P. Mehta that if he were inclined toward leniency he not sentence Garcia to less than five years in prison.

Garcia was sentenced to two years, a $200 fine and three years of probation. The court document giving Mehta’s reasons for the sentence remains sealed.