US command faulted on probe of civilian toll in Syria strikes 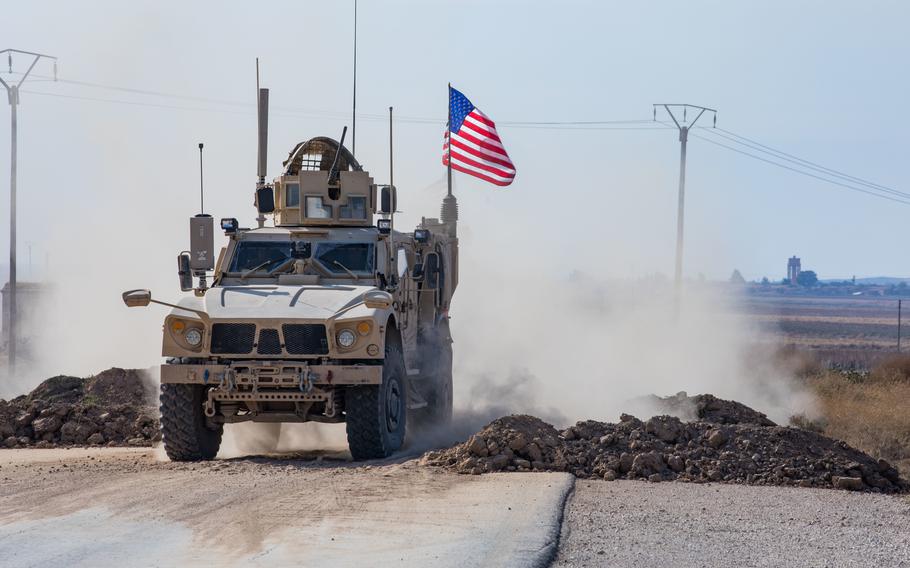 A Defense Department hotline operated by the inspector general received two separate complaints in August and September 2019 and forwarded them to Central Command, which didn't pass them up the chain of command even though one of the complaints "was credible when it was made," according to a full report obtained by Bloomberg News. An inspector general's official confirmed that the complaints involved the strikes on Syria in the final days of the fight for territory held by Islamic State terrorists.

A public version of the report released Thursday said only that Central Command, which oversees U.S. military operations in the Middle East, "reported most, but not all, allegations" of Law of War violations up the chain, including to the defense secretary and chairman of the Joint Chiefs of Staff.

The botched airstrikes were disclosed by The New York Times in an investigative report this month. It said Central Command now acknowledges that 80 people were killed, including 16 Islamic State fighters, but contends that some of the women and children who died may have been terrorist warriors. The Times also said that the "Defense Department's independent inspector general began an inquiry, but the report containing its findings was stalled and stripped of any mention of the strike."

The inspector general's new report found that after reviewing the whistle-blower complaints, officials at Central Command "did not consider these allegations to be reportable incidents because after conducting formal investigations they concluded that the allegations were not credible and that the incidents had already been reported" via another channel used to assess civilian casualty claims.

However, at least one of the two complaints "was credible when it was made, prior to the formal investigation, and all credible allegations of Law of War violations must be forwarded via reporting procedures separate from" those devoted to evaluating civilian casualty claims generally, the inspector general found. Law of War violations refer to potential war crimes under international law and treaties.

The inspector general's report has been submitted to Defense Secretary Lloyd Austin and congressional defense committees. Austin told reporters at a news conference on Wednesday that the 2019 strikes "tragically killed 10 innocent civilians, including seven children." He didn't elaborate on the death toll he cited. Austin said "the American people deserve to know that we take this issue very seriously and that we are committed to protecting civilians and getting this right."

The inspector general's report is an extensive review of 11 strikes by Central Command and U.S. Special Operations Command from 2018 through 2020. It examined how well the commands incorporated and followed the Pentagon's extensive Law of War procedures, guidance and policy for evaluating allegations involving U.S. forces.

The full report was labeled "Controlled, Unclassified Information," a new category being used increasingly by the Defense Department and military services to limit public distribution of what's deemed sensitive information that isn't classified.

In a four-page response included in the report, Central Command didn't directly address the handling of the whistle-blower complaints. It said it "does not object" to a recommendation to develop updated procedures that reflect new Pentagon guidance "to promptly report reportable Law of War incidents, regardless of the reporting channels, to the combatant commander and appropriate external organizations."

Aside from the Syria strikes in 2019, the inspector general found that Centcom and Special Operations Command properly followed procedures in the 10 other Law of War cases examined. According to the commands, "none of the allegations were "reportable incidents" as defined by Defense Department policy "because the allegations were not based on credible information" but, instead, "out of an abundance of caution" they were reported to the Joint Chiefs staff, the undersecretary for policy and the Pentagon's general counsel.

The commands "did develop policies and procedures that implemented most of the DoD requirements for handling Law of War matters — so that was good," Michael Roark, deputy inspector general for evaluations, said in an interview.

"We took a look to see if Centcom and Socom took information that came in through the nontraditional route and dealt with that effectively," Roark said of the whistle-blower complaints. "It's important to remember in this case the strike came to light as a result of someone" calling into the Defense Department hotline.

The Syria strike was a "'Law of War' allegation, so from that perspective, we wanted to know — once an allegation is made, regardless how it comes to light, we just wanted to see, if from that point forward" was it "handled in accordance with DoD policy — an A-to-Z recap of what happened and what should have happened," said Roark, who didn't provide the unredacted report.

Concerning the 10 other incidents, "we generally found that the reporting was in accordance with DoD policy and procedures," but the handling of the two hotline allegations on the Syria strike "is where we're more critical," Roark said.