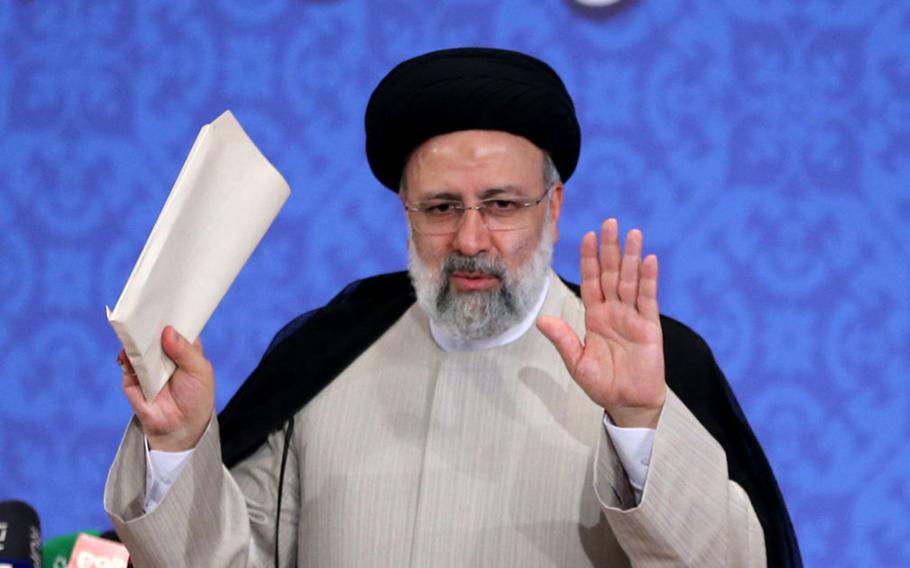 Iran’s President Ebrahim Raisi speaks during his first press conference in Tehran on June 21, 2021. Iranian negotiators said Saturday that Iran is ready to return to an earlier nuclear agreement if U.S. demands in the upcoming talks don’t go beyond the terms of that agreement. (Atta Kenare/TNS)

MOSCOW (Tribune News Service)— Russia and Iran’s foreign ministers called for the nuclear accord with Tehran to be restored, with Iran saying it was ready to comply if the U.S. doesn’t add additional demands.

Sergei Lavrov and Hossein Amir Abdollahian discussed the Joint Comprehensive Plan of Action by telephone on Saturday, the Russian Foreign Ministry said in a statement, before the latest round of negotiations kick off later this month.

The agreement was signed with Iran in 2015 by the permanent “five” of the U.N. Security Council and Germany in order to overcome the crisis over Iran’s nuclear program. Former President Donald Trump abandoned the initiative, but his successor, Joe Biden, has promised to revive the agreement.

The ministers also discussed the coming visit of International Atomic Energy Agency Director General Rafael Grossi to Tehran, as well as the situation in Afghanistan and the South Caucasus, the Russian Foreign Ministry said.

The Islamic Republic is ready to return to full compliance if the U.S. demands in the upcoming talks don’t go beyond the terms of the original agreement, Abdollahian said, according to a statement by Iran’s Foreign Ministry.

The “five plus one” group comprises Russia, the U.K., Germany, China, the U.S. and France. It has been negotiating with Iran on restoring the deal in its original form since April in Vienna and to date, six rounds of such meetings have taken place.

The start of the next round is scheduled for Nov. 29.