Iran will return to nuclear talks in Vienna next month, lead negotiator says 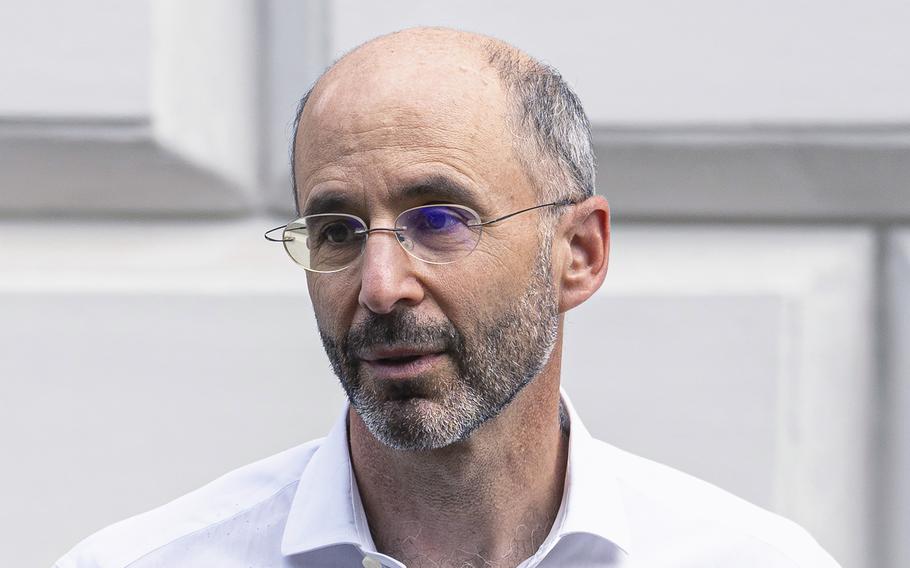 In this June 20, 2021 file photo, Robert Malley, US Special Envoy for Iran, is shown in Vienna, Austria. The Biden administration said Monday that diplomatic efforts to get Iran back to nuclear negotiations are at a “critical place” and that international patience with Iranian delays in returning to the talks is “wearing thin.” Malley, told reporters there is a “deep and growing” concern about Iran’s continued intransigence and refusal to commit to a date to resume the negotiations in Vienna. (Florian Schroetter/AP)

ISTANBUL -- Iran has agreed to return to nuclear negotiations in Vienna by the end of November, Tehran’s top negotiator said Wednesday, signaling the possible revival of a talks aimed at restoring the 2015 nuclear deal that have been stalled for months and surrounded by uncertainty.

In a message posted on Twitter, the negotiator, Ali Bagheri, the deputy foreign minister, who has been meeting with European diplomats in Brussels, said the exact date of the negotiations would be announced next week.

Bagheri said he had engaged in “very serious and constructive dialogue” with Enrique Mora, the European Union’s deputy secretary general for political affairs, “on the essential elements for successful negotiations.”

Iran suspended the negotiations in June after the election of its new president, Ebrahim Raisi, a hard line cleric. For months, his government has said it would return to the negotiating table but declined to set a date, feeding a growing sense of pessimism and alarm over whether the restoration of the nuclear deal was still possible.

President Donald Trump in 2018 withdrew the United States from the agreement, under which Iran agreed to limit its nuclear activities and submit to international monitoring in exchange for a lifting of U.S. and international economic sanctions. After Trump reimposed punitive sanctions, Iran restarted its high-level enrichment program.

President Biden promised to reenter the accord, and negotiations started in April. Iran refused direct talks with the United States, and European partners have acted as go-betweens for the two delegations.

Earlier this month, the Biden administration indicated it was shifting its stance toward the delayed resumption of the talks, from warning that the timeline was not infinite to saying it was prepared to consider what Secretary of State Antony Blinken called “other options if Iran does not change its course.”

Rafael Grossi, the director general of the International Atomic Energy Agency, said this month that because of interruptions in the agency’s monitoring of Iran’s nuclear activities, the next few weeks would be “decisive” in determining whether a resumption of negotiations was possible.

One deadline for returning to the talks was rapidly approaching: a meeting of the IAEA board of governors scheduled for mid-November. The European parties have repeatedly threatened to issue a condemnation of Iran and consider reimposing sanctions if it does not comply with verification commitments.