Iran said its demand that the U.S. unblocks $10 billion in trapped Iranian oil funds is “one example” of how Washington could generate goodwill and enable a resumption of big-power talks to revive the 2015 nuclear deal.

“The U.S. can show that it’s changing its actions in many ways. Releasing $10 billion of our money is just one example,” Saeed Khatibzadeh, Iran’s Foreign Ministry spokesman, told reporters. His comments appeared to be an attempt to modify a statement made over the weekend by Foreign Minister Hossein Amirabdollahian.

Speaking on Iranian state TV on Saturday, Amirabdollahian said he’d told U.S. officials via intermediaries at a recent summit at the United Nations that they should release at least $10 billion in oil remittances that are frozen in Iran’s foreign accounts in order for international negotiations over the nuclear agreement to resume.

“Over the months that Biden has been power, not only has the U.S. not changed at all, but it’s actually continuing Trump’s course,” Khatibzadeh said, referring to former U.S. President Donald Trump who abandoned the nuclear deal in 2018 before imposing severe sanctions on the Islamic Republic.

The months-long delay in resuming atomic talks has raised questions about Iran’s intentions to revive the nuclear accord after the government of former President Hassan Rouhani, who championed the agreement, was replaced by a much more hard-line administration. The stalling also means that it’s unlikely that Iranian oil will return to markets before the end of the year.

Though the U.S. hadn’t yet commented on Tehran’s latest overtures, Germany, one of the nuclear deal’s signatories, rejected the idea of Iran tying new preconditions to the negotiations, and urged the Iranian government to rejoin the talks “as soon as possible.” The deal jettisoned by Trump capped Iran’s nuclear program in return for sanctions relief.

“If new demands surface from Iran for restarting talks, then we reject that,” Foreign Ministry spokesman Christofer Burger said on Monday. Germany wants the talks in Vienna to pickup from where they were halted in June, when hard-line cleric Ebrahim Raisi was elected president of Iran.

Iran has billions of dollars, mostly payments for oil exports, trapped abroad as a result of U.S. sanctions.

Raisi’s election marked a dramatic shift in Tehran to a more hard-line stance on the nuclear deal and relations with the U.S.

Amirabdollahian said on Saturday that Deputy Foreign Minister Ali Bagheri Kani, a vocal critic of the deal with staunchly anti-Western views, would lead the nuclear negotiations when they resume. 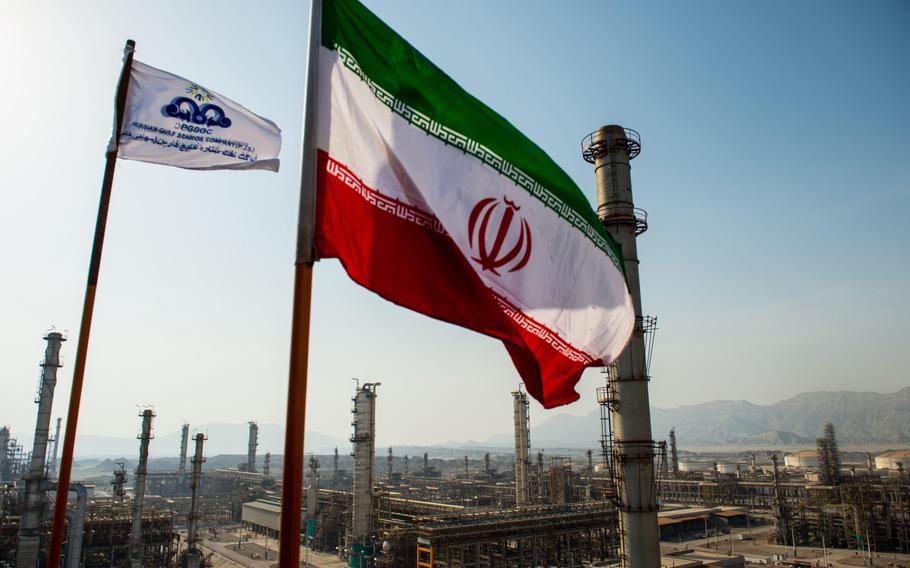