At least 4 Americans evacuated from Afghanistan by land, US says 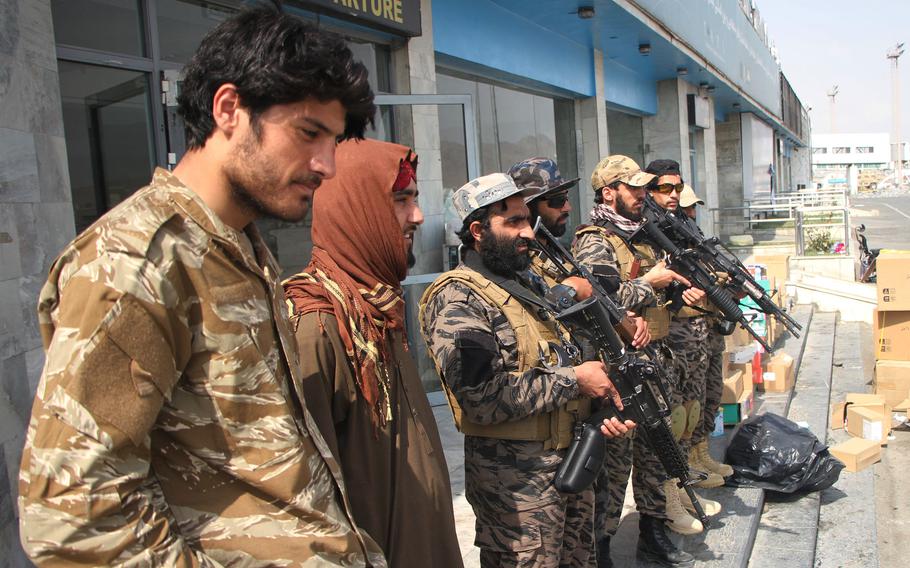 The group’s escape marked the first time the U.S has confirmed it facilitated a successful overland exit from Afghanistan since the airlifts concluded.

The U.S. said it evacuated more than 120,000 people in an unprecedented August airlift operation that was conducted as America ended its longest war.

But President Joe Biden said last Tuesday that after two weeks of perilous plane evacuations, between 100 and 200 Americans “with some intention to leave” remained in the war-torn country now controlled by the Taliban.

Afghanistan, which is landlocked, shares borders with six other countries. Its lack of a water border makes escapes trickier, and the United Nations has asked neighboring countries to open their borders to people trying to flee.

The Taliban ruled ruthlessly over Afghanistan from 1996 to 2001. During the extremist group’s reign of terror, they held public executions, eliminated basic women’s rights and banned TV.

The U.S. drove the group out of Afghanistan in late 2001, after the Sept. 11 attacks planned by al-Qaida, which found safe harbor in the country during the Taliban’s rule.

But as the U.S. pulled out of Afghanistan this summer, the Taliban swiftly took the country back. By Aug. 15, the group had seized Kabul, the capital.

The swift conquest struck fear into many Afghans, and prompted an intense rush to escape the country.

Gut-wrenching video emerged on Aug. 16 showing Afghans clinging to a U.S. military plane as it rumbled down the runway at Hamid Karzai International Airport. Some apparently fell to their deaths.

The UN has predicted that some 500,000 new Afghan refugees could fan across the region by the end of the year.

The Taliban have attempted to project a friendlier face and promised a more inclusive government, but many are dubious.

Reports over the weekend described the Taliban violently crushing a women’s protest in Kabul and allegedly beating and fatally shooting a pregnant police officer in front of her family in Firozkoh.

“We don’t know what the future of the Taliban is, but I can tell you from personal experience that this is a ruthless group from the past,” Gen. Mark Milley, chairman of the Joint Chiefs of Staff, said last week. “Whether or not they change remains to be seen.”

The U.S. relied on the Taliban for security during the evacuation at the Kabul airport, which was marred by a brutal suicide bombing that killed more 180 people, including 13 U.S. soldiers. ISIS-K, an Islamic State affiliate and rival of the Taliban, took credit for the terrorist attack.

In the aftermath of the ugly exit, Biden promised the U.S. would continue efforts to retrieve remaining Americans.

“We will continue to work to help more people leave the country,” the president said last week. “We’re far from done.”