Long before the airport bombing, ISIS-K was terrorizing Afghanistan 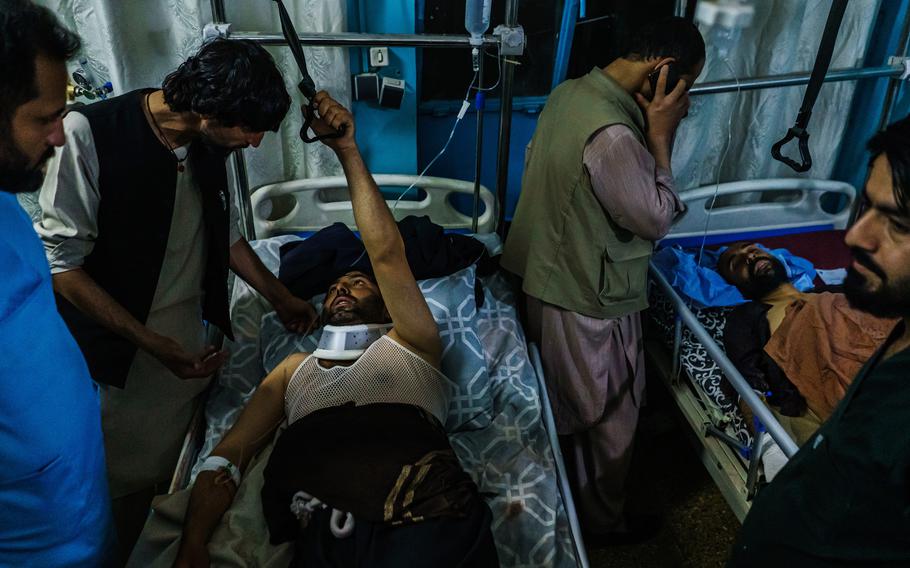 KABUL, Afghanistan (Tribune News Service) — The organization believed to be responsible for Thursday’s deadly bombing outside the airport in Kabul is a longtime sworn enemy of the United States and the Taliban.

Known as ISIS-K or IS-K, it is the local affiliate of Islamic State, the jihadist group that once ruled large swaths of northern Syria and Iraq.

The K stands for Khorasan, a historic region in current-day Iran, Afghanistan and neighboring parts of southwest Asia that figures prominently in some jihadist doctrine.

The group — which emerged around 2014, as Islamic State was becoming a brand name in terror — never controlled much territory in Afghanistan, specializing instead in suicide bombings, ambushes and other guerrilla-style assaults.

Even after losing significant battles against U.S. forces and the Taliban, the group maintained enough of a network to stage heinous, high-profile attacks.

Thursday’s twin bombings, in which dozens of people were killed, including 13 U.S. service members, was its first major strike since the Taliban seized control of Kabul this month.

The attacks outside the airport — where crowds of Afghans and foreign nationals hoped to board evacuation flights before next Tuesday’s deadline for the U.S. military withdrawal — undermined the Taliban’s attempts to consolidate its newfound power and portray itself as a force of stability after decades of war.

“This is an embarrassment for the Taliban,” said Seth Jones, a terrorism expert at the Center for Strategic and International Studies, a Washington think tank. ISIS-K “managed to thumb its nose at the Taliban, getting suicide bombers through its lines, and target both the United States and its Afghan supporters at the airport.”

The think tank has documented scores of attacks against civilians in Afghanistan and Pakistan and at least 250 clashes with Afghan, Pakistani and U.S. security forces. ISIS-K has also regularly battled with Taliban forces.

In a country where militant factions routinely used roadside bombings and shooting rampages against civilians, ISIS-K emerged as the harshest of them all.

It is thought to be behind an attack last year on a maternity ward, where gunmen in suicide vests mowed down pregnant women before blowing themselves up. That same day, the group claimed an attack on a funeral procession that killed 32 people.

The extremists seemed to revel in complex operations designed to sow maximum fear. This year, on May 8, as students at a girls school were leaving the building for the day, a car bomb detonated. That was followed by two more blasts. The attack killed at least 90 people and injured an additional 240, most of the victims girls between 11 and 15 years old.

Experts said such terror is likely to continue long after the United States completes its military withdrawal.

“I expect a bloodletting,” said Jason Blazakis, a senior research fellow at the Soufan Center, a New York-based think tank. “I expect that ISIS will continue to ramp up pressure against the Taliban to embarrass it, to show that it is not effective in governing the people of Afghanistan. … ISIS is going to try to sow chaos and cause instability with an eye to uprooting the Taliban over time. What happened Thursday is the first strike in this effort.”

Thomas Joscelyn, a terrorism expert at the Foundation for the Defense of Democracies, a think tank in Washington, said that in recent weeks prison breaks orchestrated by the Taliban as it seized control of the country have freed hundreds of ISIS-K members, likely bolstering its ranks.

“It is not surprising they have the network in place to do this,” he said of Thursday’s attacks.

The Taliban and ISIS-K are hardline Sunni Muslim groups. But ISIS-K has portrayed itself as the true standard-bearer of jihad, denouncing the Taliban for negotiating with Washington.

Unlike the Taliban, which has focused on a parochial jihad — expelling “foreign invaders” from the “Islamic Emirate,” as it calls Afghanistan — ISIS-K maintains a dedication to global jihad and international attacks, including on western and other “infidels.”

Experts said the first members of ISIS-K were defectors from al-Qaida and the Afghan and Pakistani incarnations of the Taliban. Personal, factional and ideological differences figured in the defections, along with the lure of then-ascendant Islamic State and objections to the Taliban’s cooperation with al- Qaida.

“Individuals wanted to be part of the ISIS brand,” said Blazakis, who previously worked on counterterrorism issues at the State Department. “The objective was a global caliphate.”

Islamic State has been driven out of it once enormous “caliphate” in Syria and Iraq. But there are remnants of the group in both countries, and the Islamic State brand, although diminished, still has a considerable following among radical jihadists.

“Though IS-K has yet to conduct attacks against the U.S. homeland, the group represents an enduring threat to U.S. and allied interest in South and Central Asia,” according to a 2018 report from the Center for Strategic and International Studies report stated.

The attack Thursday was one of the worst single-day losses for the U.S. military since it launched the war in Afghanistan almost 20 years ago and ended the Taliban’s first stint in power.

Dead civilians are still being counted. Outside the airport Thursday, bodies were strewn on a carpet of crumpled plastic bottles, discarded food wrappers and clothes from backpacks and suitcases, many of them streaked with blood, like the gray water in an adjacent sewage canal.

Yards away, at the entrance to the processing area near the airport’s Abbey gate, a British paratrooper stared at a group of Afghan families crouched nearby.

Other paratroopers were arrayed behind him, their silence punctuated by the occasional burst of gunfire and the brilliant red of tracer rounds.

Bulos reported from Kabul and McDonnell from Mexico City. Times staff writer Tracy Wilkinson in Washington contributed to this report.