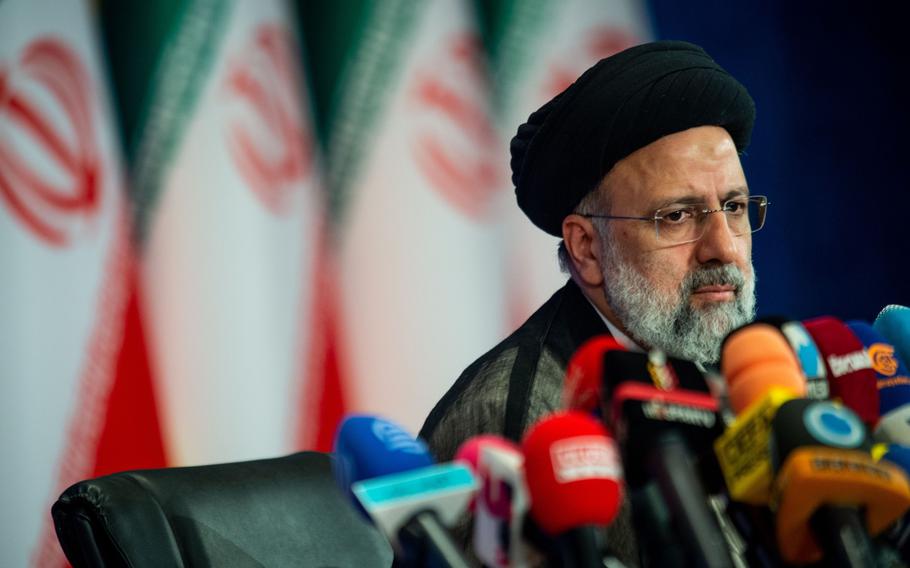 ISTANBUL — Iran’s parliament speaker said Sunday that Tehran would never share with the U.N. nuclear watchdog recorded footage of activity at some of its nuclear sites, in a sign of the hardening rhetoric by both Iran and the United States during the prolonged and increasingly tense negotiations aimed at reviving a 2015 nuclear accord.

The comments by the parliament speaker, Mohammad Bagher Ghalibaf, came days after the expiration of a separate agreement between Tehran and the International Atomic Energy Agency, or IAEA, that allows the U.N. agency to temporarily monitor Iran’s nuclear activity. The deal was struck in February and renewed for a month in May.

“Nothing has been extended,” Ghalibaf said during a parliamentary session on Sunday. “None of the items recorded inside will ever be handed to the agency and are in the possession of the Islamic Republic of Iran,” he added, referring to the IAEA.

The lapse of the monitoring agreement has added to pressure on talks underway in Vienna to revive the 2015 nuclear deal between Iran and six world powers, called the Joint Comprehensive Monitoring Agreement, or JCPOA. President Donald Trump withdrew the United States from the JCPOA three years ago, and in response Iran began increasing the quantity and quality of its uranium enrichment beyond the limits set by the accord.

Six rounds of negotiations in Vienna have yet to reach agreement on a deal both the Biden administration and Iran’s leadership are anxious to restore.

Iran is seeking the lifting of hundreds of U.S.-imposed sanctions that have throttled its economy. The Biden administration wants Iran to return to compliance with the terms of the nuclear deal and to hold talks aimed at curbing Tehran’s support for proxy forces in the Middle East as well as its development of ballistic missiles.

The victory this month in Iran of Ebrahim Raisi, a hard-line cleric who opposes negotiations with the United States, has added to the sense of urgency hovering over the talks. Raisi, who replaces President Hassan Rouhani, a political moderate, will assume office in August.

In recent days, both the United States and Iran have pointedly said the talks cannot continue indefinitely. “There have been enough negotiations,” Tehran’s lead nuclear negotiator, Abbas Araghchi, said during a meeting of the parliament’s national security committee Sunday. “It’s time for the countries to make a decision.”

U.S. Secretary of State Antony Blinken said Friday that Iran’s failure to allow an extension of the IAEA temporary agreement was a “serious concern” and that U.S. worries had been “communicated to Iran.”

The monitoring deal was agreed upon in February, at a time when Iran was dropping out of key parts of the JCPOA and said it would severely limit inspections by the IAEA. Iranian officials negotiated a temporary extension of some inspection measures for three months, allowing what IAEA head Rafael Grossi called “necessary monitoring and verification.” But the agency would no longer have immediate access to footage from cameras monitoring Iran’s nuclear sites, which would instead be provided later.

The monitoring agreement was extended for a month in late May, and it expired last week.

On Friday, Kazem Gharibabadi, Iran’s ambassador to the IAEA, wrote on Twitter that data recording at the nuclear sites “shouldn’t be considered an obligation” and was not something that the IAEA “was entitled to.”

The impasse over the temporary agreement “needs to be resolved,” Blinken said at a Paris news conference with French Foreign Minister Jean-Yves Le Drian on Friday. At the same time, he said, Iran’s escalating uranium enrichment, far beyond the bounds of the original 2015 nuclear deal, was also a growing concern.

“If Iran continues to spin evermore sophisticated centrifuges at higher degrees, if it pursues other aspects prohibited by the JCPOA, there will come a point, yes, where it will be very hard to return . . . to the standards” set by the deal, Blinken said.

The goal of the original agreement was to extend Iran’s “breakout time,” the time it would take to produce enough fissile material to fuel a nuclear weapon. Increased to a year under the deal, it has now been reduced to two three months, about where it was when the JCPOA was signed.

Iran has repeatedly said its nuclear program is intended for peaceful energy-generating purposes.

Le Drian said the negotiations were “now entering the most difficult times,” requiring “strong and courageous decision on behalf of the new Iranian authorities. But now is the time . . . it would be pointless to continue for too long.”

Among the original parties to the nuclear agreement, France, Germany and Britain have been acting as go-betweens for the United States and Iran during the talks, as Tehran has refused to hold direct negotiations with Washington. Russia and China are also signatories.

The Biden administration began to toughen its language on the negotiations last week, when a senior State Department official briefing reporters said they could not continue “indefinitely.”

The official, speaking on the condition of anonymity about the sensitive talks, said: “We still have serious differences. . . . We’ll see if we can bridge them, but they’re real.” If they cannot be resolved “in the foreseeable future, we’re going to have to regroup and figure out how we move ahead.”

“It’s not like there’s a scientific time at which point that threshold . . . will be crossed,” the official said. “But certainly time is not a positive factor. And this process won’t be open indefinitely, so we’re trying to get back into the deal. We understand Iran is continuing to make progress, which is precisely why we believe withdrawing from the deal was a mistake and why we’re faced with this situation. We’re going to try to get them back as soon as possible under the terms of the deal.”

Speaking before the Iranian rejection of the IAEA monitoring, the official said, “Iran should not be playing brinkmanship each time these agreements get extended. I’d simply say that in the absence of such an understanding, in the absence of the IAEA being able to monitor what Iran is doing, it will be that much more complicated to get back into the JCPOA, because we’re going to have to know what the baseline of their nuclear program is.”