WASHINGTON — A linguist for a U.S. Special Operations task force in Iraq was sentenced Wednesday to 23 years in prison in a rare terrorism espionage case, after she admitted she turned over names of informants and other classified data to a Lebanese man with ties to the militant group Hezbollah.

Mariam Taha Thompson, 63, formerly of Rochester, Minn., pleaded guilty on March 26 to delivering national defense information to aid a foreign government. Prosecutors alleged that she passed the information to a man with whom she fell in love, believing it would assist Lebanese Hezbollah, a U.S. designated terrorist group.

Prosecutors said Thompson risked the lives of U.S. sources and troops because she hoped the man would marry her.

"Thompson's sentence should stand as a clear warning to all clearance holders that violations of their oath to this country will not be taken lightly, especially when they put lives at risk," John Demers, assistant attorney general for the Justice Department's national security division, said in a statement.

In court, Assistant U.S. Attorney John Cummings Jr. argued that turning over terrorist targeting information "posed real threats to U.S. troops and allies, and for those reasons she deserves a 30-year sentence."

While Thompson's defense requested seven years, U.S. District Judge John Bates said he knew of no espionage case in which a defendant was sentenced to less than 15 years for divulging the identities of human sources — much less to a terrorist organization in an active area of operations.

The judge cut the sentence short, however, saying Thompson was a sympathetic individual with an otherwise inspiring life story who served her adopted country with U.S. troops in Afghanistan, Iraq and Syria. The judge also acknowledged that the government request was tantamount to a life sentence.

"There is no question in my mind that the offense conduct to which the defendant admitted endangered U.S. military personnel and human assets' work with the United States and accordingly posed a significant threat to national security," Bates said.

"This was an actual risk situation, not a hypothetical situation, and therefore it is extremely serious," the judge said.

With good time credit and credit for time served, Bates estimated Thompson could complete her term when she is 81, five years short of her estimated life expectancy.

In a tearful plea for leniency, Thompson apologized those she endangered, saying, "Your honor, I love this country, and I love our soldiers ... I did not set out to hurt them or do damage to our national security.

"I just wanted to have someone to love me in my old age, and because I was desperate for that love I forgot who I was for a short period of time," Thompson said, asking for time to spend with her grandchildren before she died.

The FBI arrested Thompson on Feb. 27, 2020, at a U.S. military facility in Irbil, Iraq, which is home to an elite U.S. Special Operations counterterrorism effort and where she worked, court filings said.

Thompson's unindicted co-conspirator asked her for information on who was helping the U.S. targeting effort. The linguist, who had top-secret government security clearance, began accessing classified information in Pentagon computer systems on Dec. 30, one day before protesters stormed the U.S. Embassy in Iraq as tensions escalated, the prosecution said. 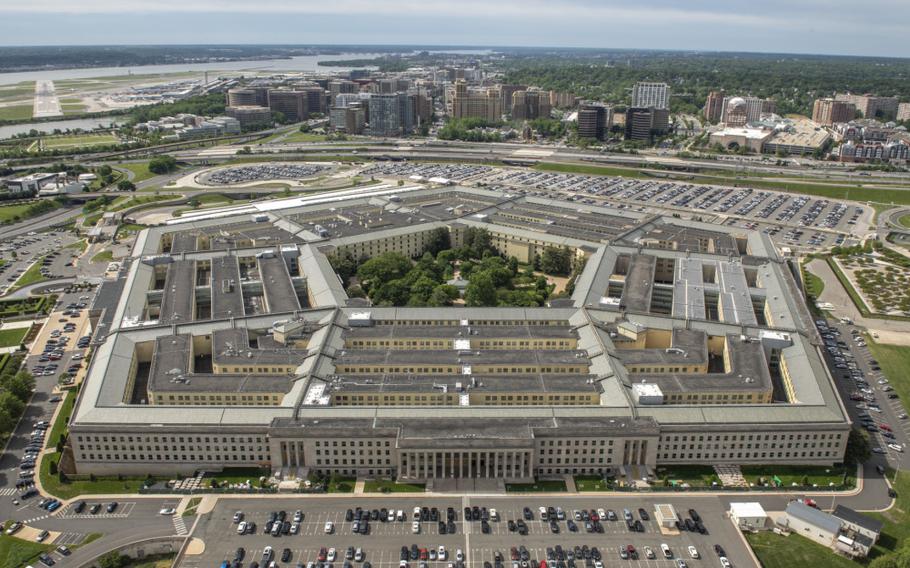