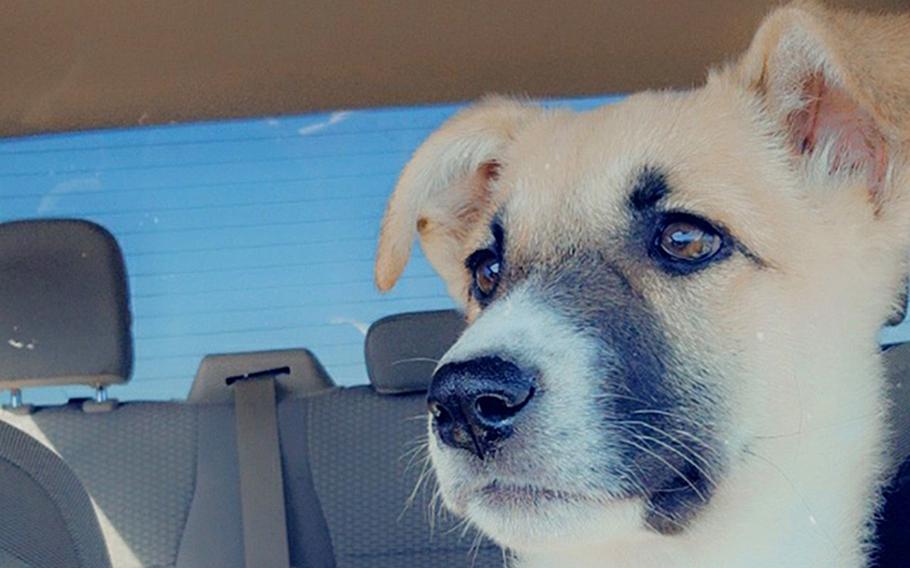 A U.S. soldier who adopted Abu while deployed to Jordan said she is concerned she will not be able to bring the dog home after the Centers for Disease Control and Prevention announced a temporary ban on imports of dogs from 113 countries at high risk for rabies. (Courtesy photo)

A new U.S. health rule means troops could lose what a soldier described as “that one good thing” that happens during deployments — the dogs they meet and forge deep bonds with in places like Jordan, Iraq and Afghanistan.

“It’s heartbreaking that the CDC would opt to take that one good thing away from soldiers,“ a service member deployed to Jordan said after the U.S. Centers for Disease Control and Prevention this week declared 113 countries to be high-risk areas for rabies and temporarily banned dogs from those countries from being brought into the U.S.

Afghanistan, Djibouti, Georgia, Iraq, Jordan, Kenya and Saudi Arabia are on the list.

“Deployments are very tough and having the opportunity to adopt a true friend I’ve made here has meant the world to me,” said the soldier in Jordan, whose dog, Abu, won’t have all the vaccinations it needs to be able to go to the U.S. before the ban takes effect on July 14. The soldier asked not to be named to avoid repercussions; troops are not authorized to have pets while deployed.

The CDC could grant a waiver to people wanting to bring a dog into the U.S. from a high-risk country, but will only do so in “extremely limited” cases if permission is requested at least 6 weeks before the dog enters the United States, the disease prevention agency says on its website.

“Dogs that arrive from high-risk countries without advance written approval from CDC will be denied entry and returned to the country of departure at the importer’s expense,” the CDC warns. 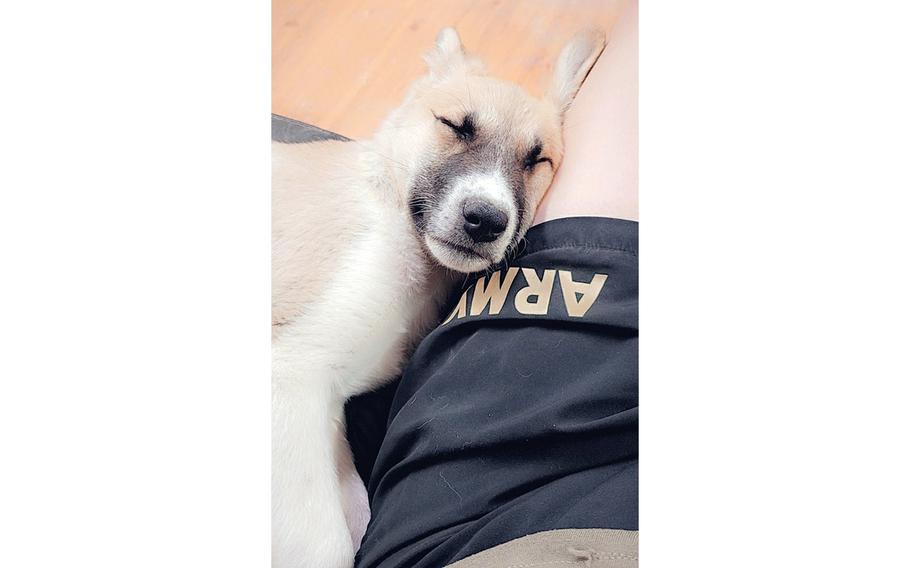 Abu sleeps against the leg of the U.S. soldier who adopted her while deployed to Jordan. A rule announced June 14, 2021 by the Centers for Disease Control and Prevention will ban soldiers from bringing dogs into the U.S. from 113 countries at high risk for rabies, including Jordan. (Courtesy photo) 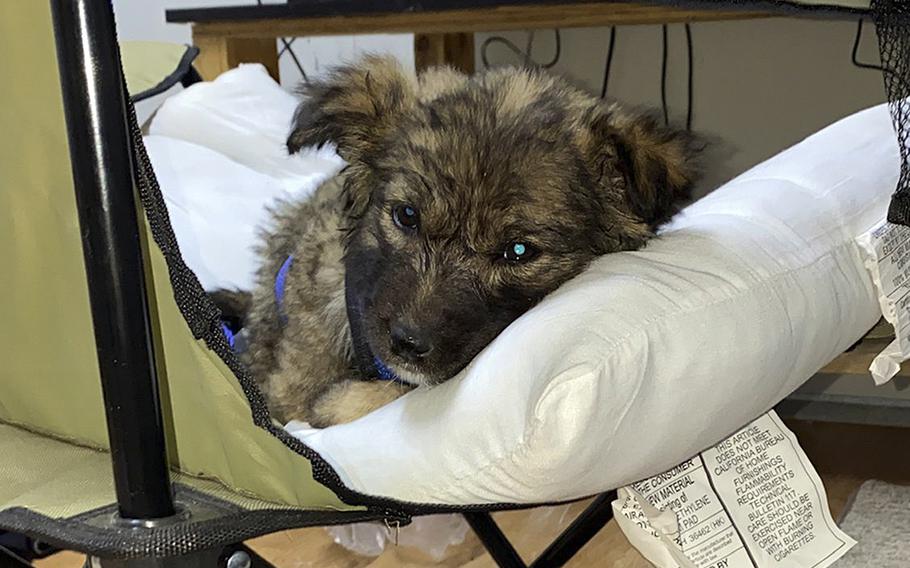 The U.S. soldier who adopted Pepper while deployed to Jordan said he is concerned he will not be able to bring the dog back to the U.S. after the Centers for Disease Control and Prevention on June 14, 2021, announced a one-year ban on dog imports from 113 countries with a high rabies risk. (Courtesy photo) 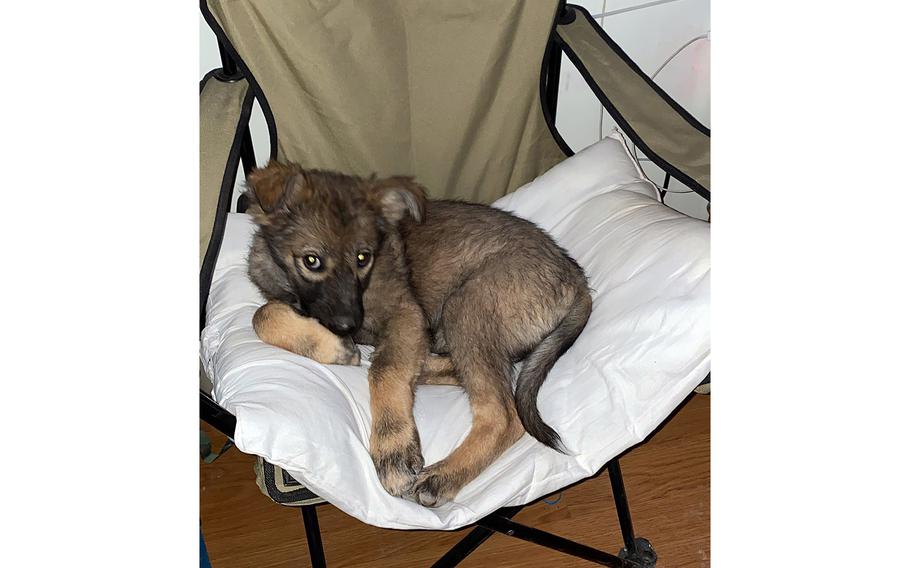 Pepper, a dog adopted by a U.S. soldier in Jordan, lounges on a chair. The soldier said he is concerned he will not be able to bring Pepper back to the U.S. after the Centers for Disease Control and Prevention on June 14, 2021, announced a one-year ban on dog imports from 113 countries with a high rabies risk, including Jordan. (Courtesy photo) 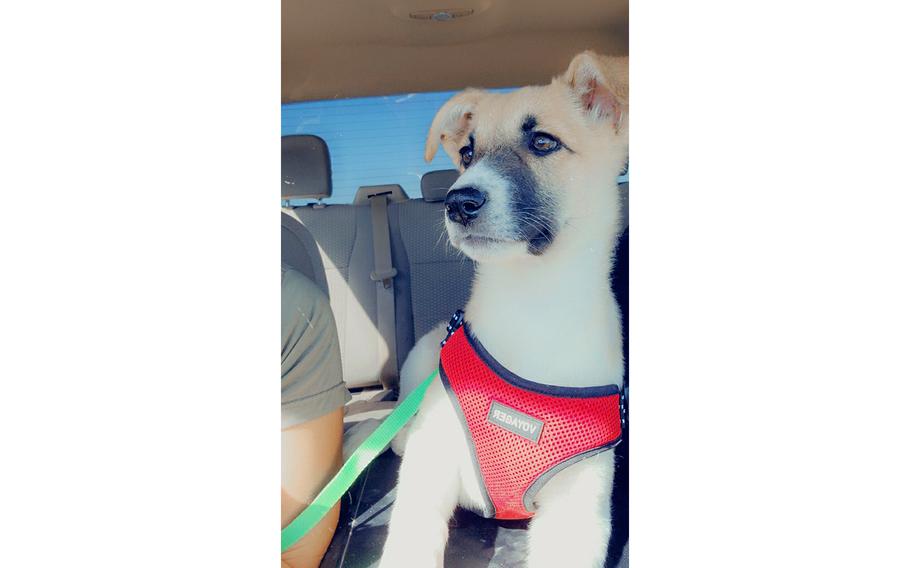 A U.S. soldier who adopted Abu while deployed to Jordan said she is concerned she will not be able to bring the dog home after the Centers for Disease Control and Prevention announced a temporary ban on imports of dogs from 113 countries at high risk for rabies. (Courtesy photo)

Several soldiers said the ban, which will run for one year, will most likely force them to say goodbye to the dogs they formed bonds with on deployment — dogs like Pepper, who was skin and bones when she was found three months ago by a U.S. soldier on patrol in Jordan.

“I want nothing more than to bring her home and show her a better life,” said the soldier, who also asked to remain anonymous. “This ban will make me have to leave her here.”

The temporary ban was driven in part by a sharp rise in the number of dogs whose humans tried to bring them into the U.S. with “improper” rabies certificates, CDC spokesman Dave Daigle said in an email. Some of the dogs’ rabies certificates were outright fakes, media reports have said.

At the same time, the coronavirus was sweeping the world, stretching global health care resources thin.

The temporary dog import ban seeks to minimize the risk of rabies being reintroduced in dogs in the U.S., at a time when the world's focus is on tackling the coronavirus, the CDC said.

Rabies in dogs was eliminated in the U.S. in 2007 following an extensive pet vaccination effort.

But Puppy Rescue Mission, which arranges medical care for dogs and cats adopted by deployed soldiers and helps transport the pets to the U.S., said the ban is too broad and would have severe consequences on the abandoned animals and troops.

“We will be forced to tell our service members to leave behind their best friend to suffer a short, pain-filled life of torture and abuse,” PRM’s founder, Anna Cannan Chiasson, said in a statement. “This will be devastating to morale, both on the battlefield and when they return home.”