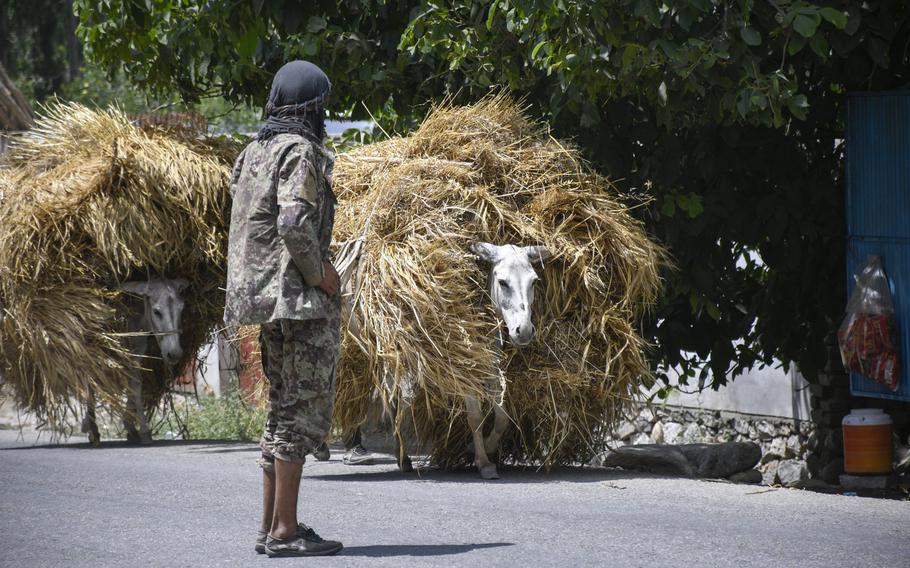 A farmer herds donkeys laden with hay along on a road leading to Baharak, Afghanistan, on July 14, 2019. Baharak is in Badakhshan province, which never fell to the Taliban when they ruled Afghanistan in the 1990s, but where several districts have fallen to or are under threat from the militant group. (J.P. Lawrence/Stars and Stripes)

BAHARAK, Afghanistan — After years of resisting Taliban control, Afghanistan’s northeastern province of Badakhshan has become yet another battleground in the fight for control of the country, thanks in large part to a long-term shift in the Taliban’s recruitment strategy, observers say.

Badakhshan never fell to the Taliban when they ruled the country in the 1990s, but last week, Afghan forces supported by NATO launched an offensive to recapture three districts in the province that had been seized by the militant group.

The Wardooj and Yamgan districts were retaken in the offensive, the Afghan defense ministry said on Twitter Saturday. Both had been under Taliban rule for around four years.

A third district, Keran wa Manjan, which was seized by the militants in July and is home to one of the largest lapis lazuli mines in Afghanistan, remained under Taliban control despite the campaign mounted by the Afghan army and air force, supported by a local militia and NATO forces.

Badakhshan’s shift from relatively peaceful region to war zone is due in large part to a strategy adopted by the militant group over a decade ago, analysts have said.

Not only have the Taliban played to disaffected populations around the country and established a patronage system to draw people into the movement in exchange for a job and an income, the militants have also been recruiting a new generation of local commanders from ethnic groups they previously oppressed.

Originally based in the south of the country, the Taliban drew power in the 1990s mainly from the Pashtuns, Afghanistan’s largest ethnic group. They alienated minorities such as the Tajik, Uzbek and Hazara, and treated them harshly.

But members of those ethnic groups have been joining the militants for more than 10 years as shadow governors, judges and bureaucrats, analysts observed.

“It’s a new generation, run by locals,” said Obaid Ali, analyst for Afghanistan Analysts Network, in a phone interview. “There are no longer people coming from the south to serve as shadow governors in the north. There are already human resources on the ground.”

“More Tajiks, Hazaras and Uzbeks have joined the Taliban in the last decade,” said Thomas Johnson, a professor at the Naval Postgraduate School.

“Much of this new recruitment and membership corresponded to Afghans believing that the Taliban are winning the war, so they jumped off the fence as once-neutral observers,” Johnson said. 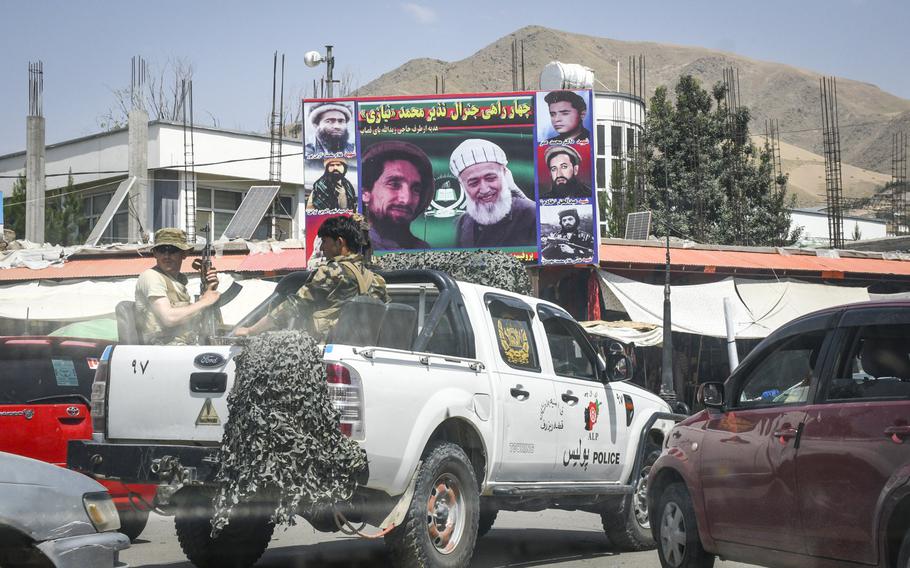 Afghan police pass by depictions of noted anti-Taliban leaders Ahmad Shah Masoud and Burhanuddin Rabbani, July 15, 2019, as they drive through the streets of Faizabad, the provincial capital of remote Badakhshan province. (J.P. Lawrence/Stars and Stripes) 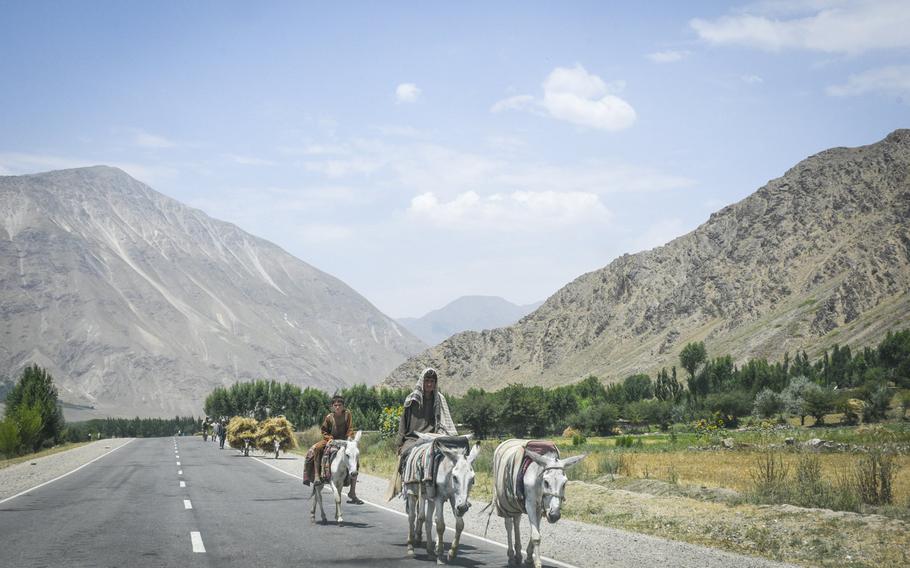 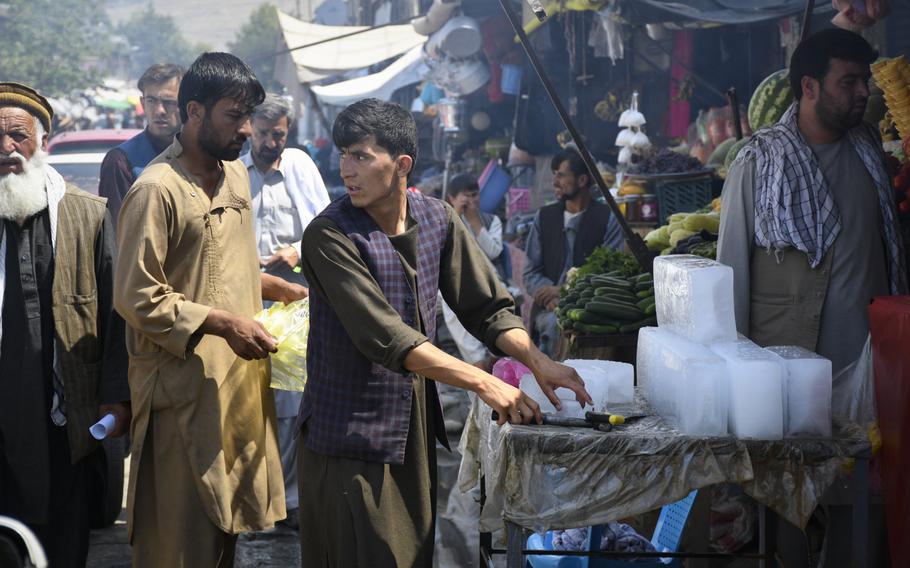 A boy in the town of Baharak cuts ice for customers at the market on July 14, 2019. Baharak, a district center in Afghanistan's remote Badakhshan province, was once safe but is now under Taliban threat. (J.P. Lawrence/Stars and Stripes) 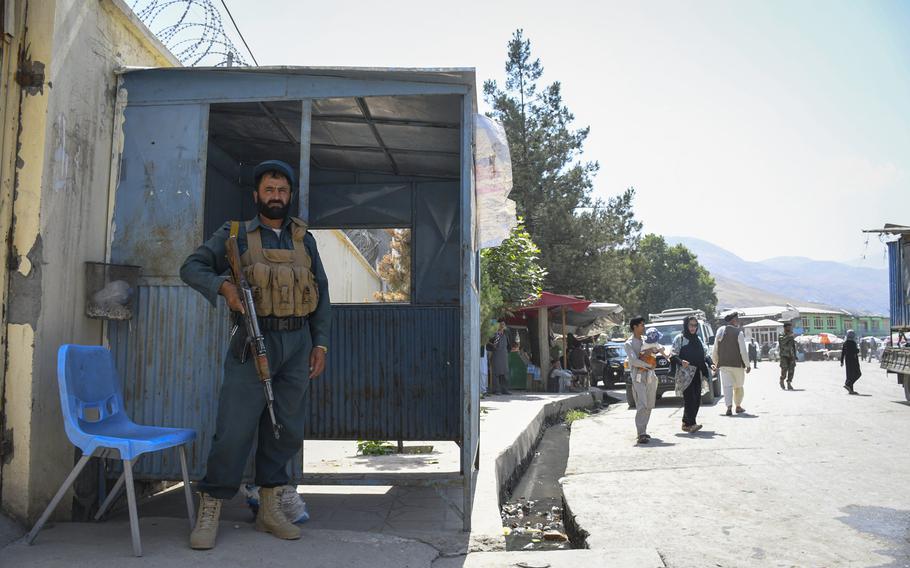 An Afghan policeman guards the entrance of a government building in Faizabad, the provincial capital of Badakhshan province, which was once safe but is now under Taliban threat. (J.P. Lawrence/Stars and Stripes)

Many Taliban fighters in Badakhshan are now drawn from the same Tajik ethnic group that famed anti-Taliban leader Ahmad Shah Massoud hailed from. Massoud was killed by al-Qaeda operatives two days before the attacks on the U.S. on Sept. 11, 2001.

The Taliban commander in Badakhshan’s Baharak district is a Tajik man in his mid-20s, Ali said.

By expanding their recruitment reach to include members of ethnic minorities, the Taliban can now claim to be a national movement that caters to all Afghans, said Kamran Bokhari, founding director of the Center for Global Policy.

Their long-term recruitment policy has also helped the militant group to bring on board new fighters from the ranks of the many Afghans who are frustrated with what they feel is a government in Kabul that ignores them, Bokhari said.

“They’re going across ethnic lines to forge alliances with those who have not benefited from the system,” he said.

The impact of the strategy shift could last long after this month’s operations to retake districts like Wardooj and Yamgan.

Because many fighters are now drawn from local communities, it may be easier for them to hide during military operations and re-emerge after an area is “cleared,” to restart the battle for territory.

The new generation of Taliban could also mean that if U.S. forces pull out of Afghanistan – a key Taliban demand in the now dormant peace talks with the Americans – any potential internal conflict in Afghanistan could be even more complicated than the ethnically aligned civil war of the 1990s, said Vanda Felbab-Brown, senior fellow at the Washington-based Brookings Institution.

“It would be a much more fragmented civil war,” Felbab-Brown said.

“Things would be very messy. It would not have clear lines.”