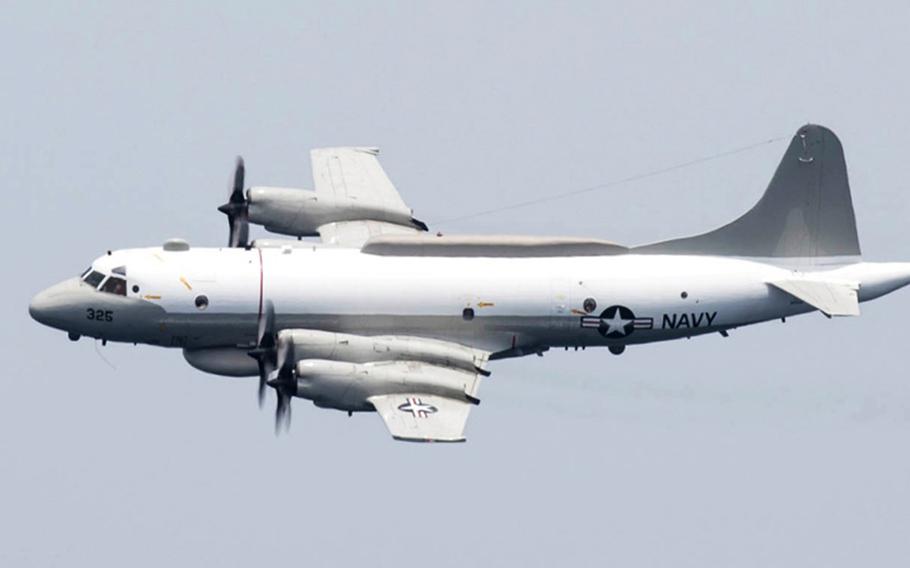 A Navy EP-3 surveillance aircraft was flying over international airspace Monday when the Russian Su-27 flew at high speed directly in front of it, “which put our pilots and crew at risk,” according to a Naval Forces Europe-Africa statement.

“The intercepting Su-27 made an additional pass, closing with the EP-3 and applying its afterburner while conducting a banking turn away,” the statement said.

The Navy released a short video clip Monday of the Russian jet’s afterburner flaring alongside the U.S. aircraft.

The crew reported turbulence during the first pass and vibrations during the second pass of the intercept, which lasted about 25 minutes, the Navy said.

The incident comes as NATO conducts the Norway-based exercise Trident Juncture, which Moscow has called a provocation because of its proximity to Russia. An estimated 50,000 personnel, 65 warships and 10,000 vehicles are taking part.

Russian aircraft have repeatedly challenged U.S. planes during the past year with maneuvers deemed unsafe, despite a 1972 agreement that Russia assumed from the Soviet Union designed to prevent miscalculations in the skies and seas. A Russian Su-27 Flanker flew within five feet of an EP-3’s wing tip over the Black Sea in January, Navy officials said.

“The smallest lapse of focus or error in airmanship by the intercepting aircrew can have disastrous consequences,” Navy Capt. Bill Ellis, commander of Task Force 67, said at the time in a statement. “There is no margin for error and insufficient time or space for our aircrews to take corrective action.”

Russia described the January maneuver as legal and said it was escorting the Navy plane, according to a Russian Defense Ministry statement shortly afterward.

In November 2017, a Russian fighter crossed within 50 feet of a U.S. surveillance aircraft flying over the Black Sea, blasting its afterburners and forcing the American plane into turbulence that caused it to tilt into a 15-degree roll. And in June last year, an Su-27 closed in on the wing of a U.S. RC-135U reconnaissance aircraft over the Baltic Sea at high speed, U.S. European Command said at the time.