At least $154.4 million in fuel stolen in Afghanistan, watchdog says 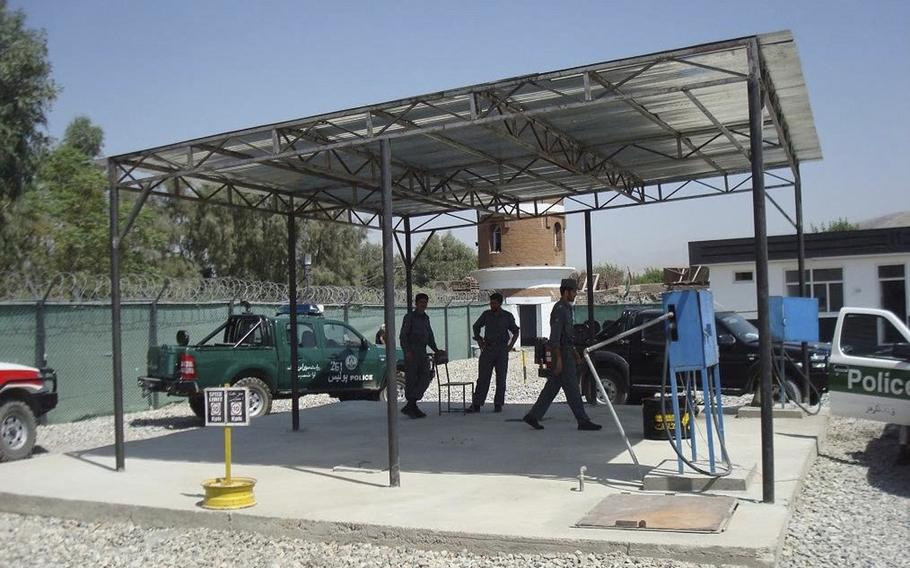 The disappearance of at least $154.4 million worth of stolen fuel meant for coalition and Afghan troops may be helping supply Taliban and other insurgent forces in Afghanistan, the top American watchdog for rebuilding in the country said.

Fuel theft has become a lucrative venture, despite years of effort to curb corruption, the Special Inspector General for Afghanistan Reconstruction, or SIGAR, said in a report released Friday. The true scale of fuel theft is likely higher than $154.4 million, due to poor record keeping, corruption and the vast amount of fuel available, the report stated.

Fuel is easy to steal and is often sent to remote locations that are difficult to monitor. The report comes as the Department of Defense prepares a five-year contract to continue supplying Afghan forces with nearly $2 billion of fuel.

“If you added up all the gallons they would put in the trucks, they would be using a quarter of the fuel that was being delivered,” Patterson said. “The obvious question is, ‘what happened to the other three quarters of fuel?’” He never caught a fuel thief in the act and his Afghan partners never gave him direct answers about the fuel, Patterson said. Eventually he stopped arguing with the Afghan police, he said.

“I just stopped trying to fix it,” Patterson said. “The problem was bigger than me.”

Experts say fuel theft is among the most dangerous forms of corruption as it delegitimizes the Afghan military and police forces.

“It exposes the state as corrupt and weak,” Vanda Felbab-Brown of the Brookings Institute said.

Fuel stolen from coalition troops may also be sold to fund the Taliban and other insurgent forces, Felbab-Brown and federal auditors say. In 2017, Afghanistan ranked as the fourth most corrupt nation in the world, according to Transparency International.

The Afghan government and its Western allies have launched numerous attempts to stem corruption. DOD officials told federal auditors that they currently avoid giving funds directly to the Afghan government for contracts to supply fuel to Afghan security forces. Investigations into fuel theft in Afghanistan have led to more than 40 convictions, including those of several U.S. troops, federal auditors at SIGAR stated.

Among the examples highlighted in the report: three soldiers who conspired with an Afghan trucking company to steal $765,000 worth of jet fuel in 2012, four servicemembers who took bribes to allow the theft of $1.5 million worth of fuel in 2010, and an Army sergeant who forged documents in a scheme that nabbed $10 million worth of tanker fuel in 2013.

The report urged better monitoring of fuel deliveries and transfers. Sensors and digital record keeping decreased fuel use elsewhere, the report noted. The recommendations may not be enough, Patterson said.

“They say we need more daily reports and more technology to monitor the fuel deliveries,” Patterson said. “They think more bureaucracy is going to solve these problems and that’s wrong; they have to stop giving fuel to corrupt people.”