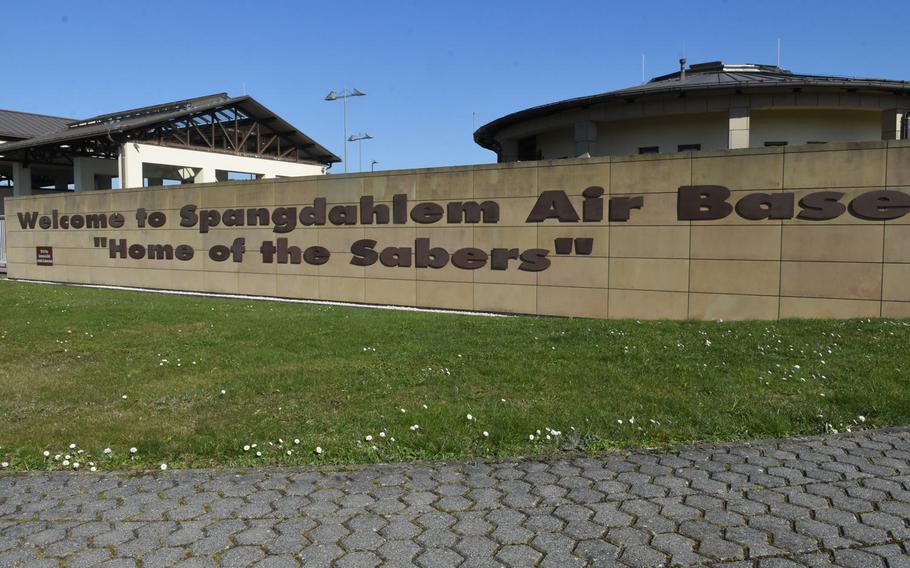 Buy Photo
An airman at Spangdahlem Air Base, Germany, was sentenced April 26, 2021, to three years in jail for driving drunk and killing a local German man, and injuring another in a car wreck two years ago. (Jennifer H. Svan/Stars and Stripes)

SPANGDAHLEM AIR BASE, Germany — A night of heavy drinking with fellow airmen that ended in a deadly car crash two years ago has landed a Spangdahlem airman in jail for three years and ended his military career.

Westmoreland also received a bad-conduct discharge and a reduction to E-1.

The senior airman admitted to being drunk behind the wheel on April 20, 2019, when he veered into the opposite lane and collided with a car carrying two local German men.

Kevin Schneider died at the scene of the wreck near Speicher, a village about seven miles southwest of Spangdahlem. His cousin, Pascal Mayer, sustained serious injuries.

“He was a happy guy,” Schneider’s mother, Petra Marx, said about her only son in tearful testimony. “He was helpful. He loved playing soccer and he loved his family.”

Schneider was married with two daughters and a son on the way.

Westmoreland, assigned to the 52nd Maintenance Squadron, apologized to the victims and their families.

He faced a maximum of six years in jail based on his guilty pleas to the charges, which also included reckless endangerment, and driving a vehicle while drunk and causing injury. A fourth charge of involuntary manslaughter was withdrawn as part of the plea agreement.

Prosecutors asked for a minimum of four years.

“This wasn’t a freak accident,” said Capt. Cynthia McGrath, a military lawyer for the government. “Every single decision the accused made that night put him in that car in the wrong lane.”

The victims and their families “deserve more than an apology,” she said.

Westmoreland told the judge he went out the evening before the crash with other airmen after working a long shift that was part of a base exercise.

Prosecutors filled in more detail, describing how Westmoreland and his friends had several rounds before going to Kajutes, a bar a few minutes’ drive from the base.

Most of the airmen in Westmoreland’s group took a taxi home around 3 a.m. But Westmoreland told the judge he couldn’t afford a taxi because of expenses from a recent off-base move.

He said he stayed at the bar drinking with “Sergeant Brown,” who was described in court as Westmoreland’s supervisor.

Westmoreland drove Brown home around 5:30 a.m. and sat in his Volvo S40 talking with him in his driveway. When Brown didn’t invite him to stay over, Westmoreland said he continued driving but pulled over and passed out for about 90 minutes.

That Westmoreland gave an airman “two ranks above him” a ride home should be a mitigating factor in sentencing, his defense attorney said. It was unclear Monday whether Brown was disciplined for letting Westmoreland drive drunk.

The crash happened around 8 a.m., a few minutes after Westmoreland got back on the road. His speed was estimated at 52 mph.

Prosecutors said Westmoreland’s blood alcohol content was .109 a few hours later at the hospital, and approximately .19 at the time of the crash. The legal limit in Germany is .05.

McGrath said Mayer, who was driving the other car, tried to swerve, but there was nothing he could do. Westmoreland’s car “obliterated the right side of his car,” she said, adding Schneider “never stood a chance.”

Mayer has had multiple surgeries to repair a fractured arm and has not recovered full use of one of his hands, according to court testimony. He still suffers from anxiety when driving, he wrote in a victim impact statement.