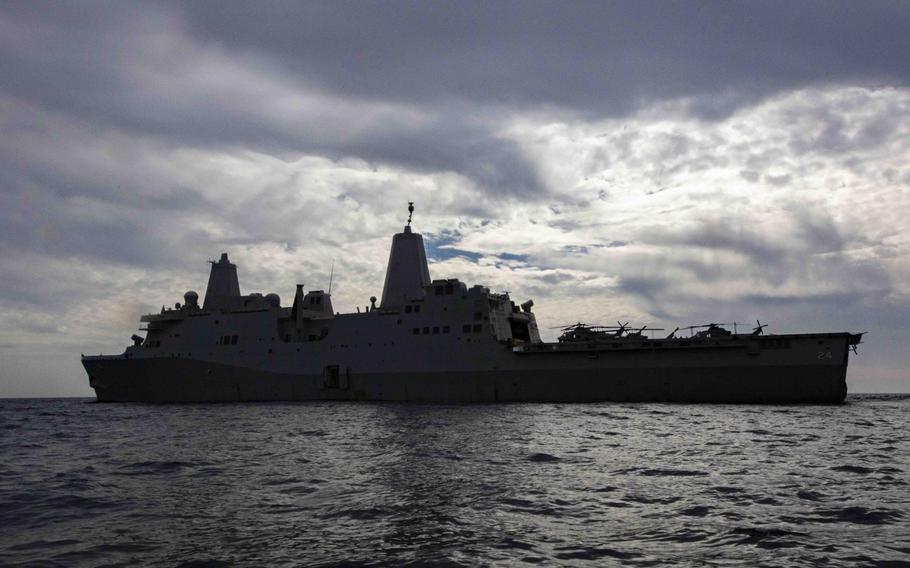 The amphibious transport dock ship USS Arlington transits the Mediterranean Sea on Feb. 1, 2019, as part of a seven-month deployment in Europe and the Middle East. (Brandon Parker/U.S. Navy)

The Navy is investigating after a female Marine found a camera hidden in a women’s bathroom aboard the USS Arlington during a security operation in the Mediterranean Sea, Navy officials said Saturday.

The Navy is looking into who put the camera in the bathroom and what might have been recorded before the Marine discovered the device in March.

“The Navy/Marine Corps team takes all reports of sexual harassment seriously, and are committed to thoroughly investigating these allegations and providing resources and care to victims of sexual harassment,” said Cmdr. Kyle Raines, a 6th Fleet spokesman, in a statement on Saturday.

Investigators are looking into whether the camera took still photos or videos or streamed an unrecorded live feed, he said.

The amphibious dock transport vessel is on a seven-month deployment in Europe and the Middle East.

The ship, which was docked Friday in Greece, deployed from the East Coast in December with the USS Kearsage, USS Fort McHenry and the 22nd Marine Expeditionary Unit as part of an amphibious ready group operating in the 5th and 6th Fleet theaters.