Base barbers to reopen, but DODEA hedges on return to classrooms as coronavirus ebbs in Germany 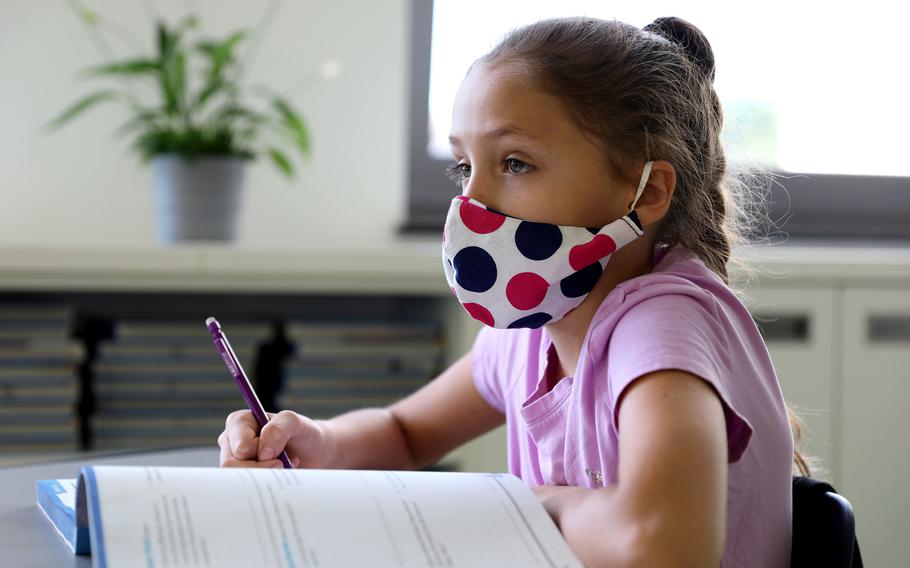 A student at Vogelweh Elementary School listens during a lesson in April 2020. Department of Defense Educational Activity officials announced on Feb. 11, 2021, that schools in Germany will remain in remote instruction through at least Friday, Feb. 19. (Russell Toof/U.S. Army)

A student at Vogelweh Elementary School listens during a lesson in April 2020. Department of Defense Educational Activity officials announced on Feb. 11, 2021, that schools in Germany will remain in remote instruction through at least Friday, Feb. 19. (Russell Toof/U.S. Army) 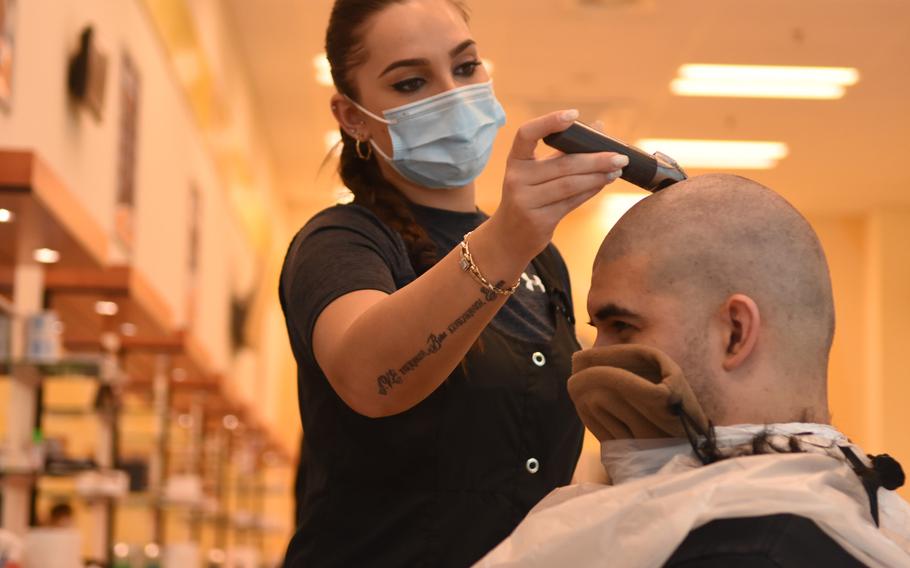 Buy Photo
Kaltrian Ibrij shaves off Senior Airman Jeremiah Lamb's hair at the barbershop on Ramstein Air Base, Germany, in May 2020, when it had just reopened after being closed for about six weeks during the first wave of the coronavirus pandemic. Barbershops and beauty salons on U.S. military bases in Germany were closed again in December because of the virus, but will reopen March 1. (Jennifer H. Svan/Stars and Stripes)

Haircuts will be available again at barbershops and beauty salons on U.S. military bases in Germany beginning March 1, the Army and Air Force said Thursday, following the host nation’s lead and lifting some coronavirus restrictions as infections tumbled.

But while German schools have been given the green light to reopen starting next week, it remained unclear when students and teachers at Defense Department schools will return to in-class learning.

A letter from the superintendent for the region that includes Germany said remote learning would continue through Feb. 19 but did not mention when schools would reopen.

“We will continue to work with our military and public health officials to monitor the situation and will provide updates as necessary,” Steven Sanchez, superintendent of Department of Defense Education Activity’s Europe East district, said in the letter released Thursday.

“For further information regarding the return to schools, please reach out to your school administration,” he wrote.

Chancellor Angela Merkel and the heads of Germany’s 16 states agreed Wednesday that elementary school students can resume in-class learning starting next week. The decision on when to reopen will be left to state leaders, Merkel said.

In a speech to German lawmakers Thursday, Merkel said priority had been given to reopening day-care facilities and schools “because the effects of weeks of closures are present and palpable, on both children and parents.”

German barbershops and hair salons can reopen next month, when the key weekly rate of new infections per 100,000 people is expected to have fallen even further from where it stood Thursday — 64 cases per 100,000.

Barbershops and hairdressers on Ramstein Air Base and in the U.S. military community in Stuttgart, which is home to U.S. European and Africa commands, will also be allowed to reopen March 1, with some restrictions, Army and Air Force officials said.

“The shops will follow the same COVID guidelines of distance and mask wearing, as well as by- appointment-only service that they followed prior to the recent closure,” USAG Stuttgart said in a statement.

Haircuts will be available at barbershops and hairdressers in Ramstein’s Exchange provided they comply with strict hygiene requirements, the Air Force base said on its website.

But the U.S. military is likely to follow the Germans’ lead on other aspects of the two-month-old lockdown and keep restrictions in place until at least March 7.

“We won’t do anything to get ahead of the Germans,” said Maj. Selwyn Johnson, spokesman for the 21st Theater Sustainment Command, which includes soldiers assigned to U.S. Army Garrison Rheinland-Pfalz.

Johnson added that soldiers under the 21st TSC should continue to follow the order issued by Maj. Gen. Christopher Mohan on Dec. 17, when the German lockdown began.

Stars and Stripes reporters Marcus Kloeckner and John Vandiver contributed to this report.