Burglary suspect caught with US military uniforms in Kaiserslautern 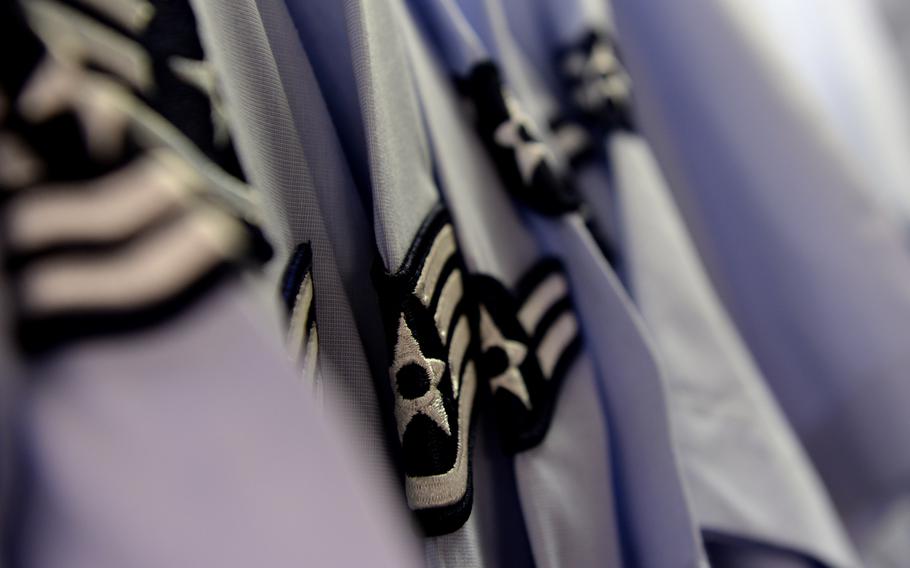 Police in Kaiserslautern, Germany, arrested a man this week on suspicion of burglary after a U.S. service member's stolen uniforms were found in his possession. (Cary Smith/U.S. Air Force)

KAISERSLAUTERN, Germany — A man arrested early Tuesday in downtown Kaiserslautern on suspicion of burglary was caught with the uniforms of a U.S. service member who lives nearby, according to local police.

After contacting U.S. military police for assistance, the German officers used the name tags on the uniforms to trace the stolen items to the residence of a service member.

They found that the uniforms as well as two bicycles had been stolen from a basement room of the residence, said Diana Eilenz, an online editor for the Westpfalz police department. Police recovered the bicycles.

“At this time, investigators do not believe the suspect had nefarious intentions with the uniform items beyond using them for profit to support his habit,” Eilenz said.

The investigation is ongoing. Any service members who believe they may have had uniform items stolen in the city may contact Kaiserslautern police at ppwestpfalz.presse@polizei.rlp.de.