Why Croatia sees joining the euro as path to security 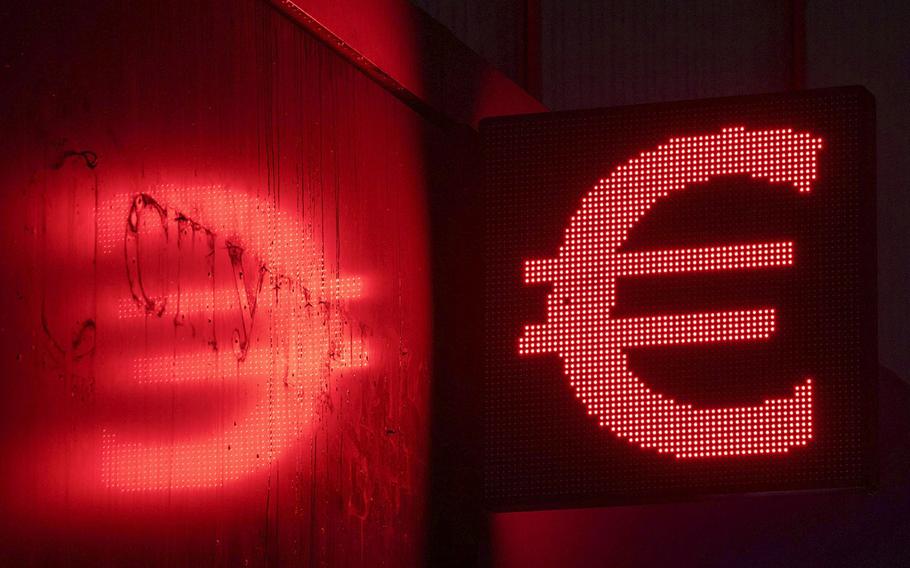 A euro symbol at a currency exchange bureau in Moscow, Russia, on Tuesday, Dec. 7, 2021. (Andrey Rudakov/Bloomberg )

Croatia, the European Union's newest member, adopts the euro as its currency on Jan. 1. The move vaults the nation of around 4 million people into the E.U.'s core, making payments easier and cheaper and giving its financial system a safety net in future crises. The country, whose economy is highly dependent on foreign tourists, also joins the Schengen zone, allowing Croatians to travel more easily around Europe.

1. Why is Croatia joining the euro?

Croatia began its push to join the single currency as soon as it won accession to the E.U. in 2013, a step that was delayed by the bloody wars in the 1990s as Yugoslavia disintegrated. The move is partly aimed at cementing a Western alignment after about half a century of communist rule following World War II.

2. What about the economic logic?

That's arguably even more compelling. The country relies more than any other E.U. state on tourists, who generate a fifth of gross domestic product and find holidaying much easier when they don't have to grapple with exchange rates. Meanwhile, most private and corporate bank deposits in Croatia are held in euros, along with more than two-thirds of debt totaling about 520 billion kuna ($74 billion). Euro-area membership can lower interest rates, improve credit ratings and make Croatia more attractive to investors, according to central bank Governor Boris Vujcic.

Adopting the euro formalizes a chunk of economic activity that's already carried out using the common currency - from apartment and car sales to short-term rentals for vacationers. It trims foreign-exchange costs outside tourism to the tune of about 1.2 billion kuna a year, according to the central bank. Croatia gains access to ECB liquidity and potential bailout financing from the European Stability Mechanism during periods of crisis. With Greece's troubles now largely in the rearview mirror, there was popular support to switch to the euro. Almost all political parties backed the move.

In terms of monetary policy, there's not much to lose by relinquishing control to the ECB since the kuna's exchange rate has been locked in a tight trading band to the euro and, before that, to the Deutsche mark since the 1990s. Croatia's euro adoption will cost local banks about 1 billion kuna annually in lost conversion fees, but the switch reduces currency risks and improves stability, according to the national association of banks. The euro is also expected to have cost banks 80-100 million euros in one-time expenditure to adapt their IT services and ATM networks.

5. What hurdles did it face?

E.U. member states gave their final approval for Croatia to join the euro on July 12, following eastern European peers Estonia, Latvia, Lithuania, Slovakia and Slovenia into the single currency. Inflation has proved the biggest challenge after the war in Ukraine sent prices of energy and other commodities soaring. But it's a problem that's gripping everywhere: The pace of inflation in the euro area dropped in November, the most recent data, but consumer prices still soared 10.1 percent from a year earlier.

6. What other countries want to join the euro?

One certainly does: Bulgaria. But it has pushed back its timetable by a year to 2024 after being accepted into the euro-area waiting room known as ERM-2 in 2020, the same time as Croatia. Romania has also expressed a desire. Despite being obligated to join themselves at some point, however, the biggest countries in the region aren't rushing. Poland, for example, attributes its ability to survive the 2008 global financial crisis without a recession to it retaining an independent monetary policy.

The coins feature a map of the country and the national checkerboard motif. They also have images of a kuna, or weasel, and feature inventor Nikola Tesla, an ethnic Serb born in the present-day Croatian town of Smiljan. Serbia's central bank had said it would take action if Croatia was allowed to use Tesla's image.