Why Belarus is backing Russia in its war in Ukraine 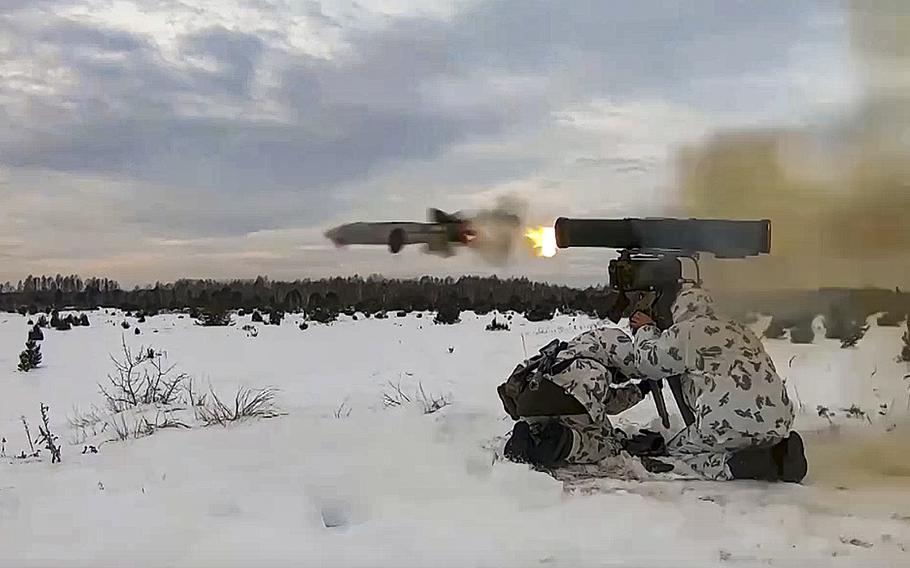 After breaking away from a crumbling Soviet Union in the early 1990s, Belarus became increasingly aligned with Russia, unlike its neighbors. Those bonds strengthened with Russia's invasion of Ukraine. Longtime President Alexander Lukashenko has allowed Belarus to be used as a staging ground, while avoiding sending his own troops to take part in the war. The tight embrace is payback after Russian President Vladimir Putin bankrolled his government for many years and came to Lukashenko's aid following a disputed 2020 election which sparked a popular uprising, repression and sanctions.

1. Why is Belarus important to Russia in the conflict?

The nation of 9.3 million people sits just to the north of Ukraine and their common border is several hundred miles long. Belarus's southern territory extends close to Kyiv, which made it a useful base for Russian troops in their failed attempt to quickly capture the Ukrainian capital early in the conflict. Belarus borders on Poland, Lithuania and Latvia, all members of the western NATO military alliance, ensuring its strategic importance for Moscow. It's also the shortest route between Russia's mainland and Kaliningrad, an isolated Russian-held territory further west on the Baltic Sea.

2. Why is Belarus helping Russia in the war?

In the past, Lukashenko tested Putin's patience by casting Belarus as an independent nation despite its heavy dependence on Russian energy and financial aid. Minsk stopped short of recognizing Russia's 2014 annexation of Crimea, and tried to mediate in that crisis. The relationship began to change in 2020 when Putin gained more sway over a weakened Lukashenko by supporting his crackdown on a well-organized opposition movement that threatened to topple him. Moscow gained further leverage by providing $1.5 billion in loans and striking preferential deals to supply oil and gas to its smaller neighbor. Sanctions imposed on Minsk by western governments pushed Belarus further into Russia's arms. Putin visited Lukashenko in December in Belarus, a rare foreign trip for the increasingly reclusive leader, underscoring how close the two had become.

3. How about the military relationship?

Russia's army held joint drills with Belarus in the weeks leading up to its invasion of Ukraine. This allowed Russia to transport equipment and troops into Belarusian territory close to the Ukrainian border. About 30,000 Russian soldiers may have been in Belarus at the time, making it the largest military buildup there since the Cold War, according to NATO Secretary General Jens Stoltenberg. Those forces stayed on after the drills finished, and many took part in the invasion. A few days into the war, Belarus scrapped its neutral status, giving it legal cover to host Russian troops and weapons. Lukashenko made his allegiances clear, saying he could request the return of Russian nuclear weapons to Belarus if NATO placed nuclear weapons in Poland or Lithuania. (Belarus gave up nuclear weapons stationed on its soil after the Soviet Union collapsed).

Lukashenko remained aligned with Moscow even after Russian forces retreated from northern Ukraine. In October, he confirmed that Belarus was taking part in Russia's "special military operation," though he said it was "not killing anyone" and wasn't sending its soldiers to Ukraine. Russia has supplied Belarus with advanced weapons, including the S-400 air defense missile system. It's also positioned MiG fighter jets capable of carrying hypersonic weapons in the country. In December, the Belarus military said it had shot down a Ukrainian rocket fired during a Russian missile assault. Russia began to amass conscripted troops in Belarus toward the end of 2022, although there appeared to be fewer arriving than during the previous build-up ahead of the invasion, according to an assessment by Ukrainian military intelligence.

5. How are Russia's adversaries treating Belarus?

To punish the Minsk government for its involvement in the conflict, they tightened the sanctions imposed after Lukashenko's post-election crackdown. The European Union blocked exports of goods and technology that could be used by the Belarus military. Financial penalties imposed on Russia by the U.S. and the UK following the invasion were also applied to Belarus, while the EU targeted Belarusian individuals helping in the Russian war effort. EU members Poland and Lithuania, which have offered shelter to opposition figures from Belarus, accused Lukashenko of retaliating by channeling thousands of migrants, many from the Middle East, across their border.

6. Are the sanctions working?

They're testing the country's established economic model based on exporting fuels made from imported Russian oil and selling potash, a fertilizer, to major markets such as China, India and Brazil. But they have not been enough to make Lukashenko, in power since Belarus's first presidential election as an independent republic in 1994, rethink his alliance with Putin. There were renewed protests when Lukashenko allowed Russian troops to flood into Ukraine. At least 1,500 people were arrested in the first month of the war, while some underground activists began destroying rail infrastructure, disrupting some Russian military shipments. But the 68-year-old leader has maintained his grip.