User-generated content has been essential to coverage of the war in Ukraine since it began in February. Soldiers, civilians, aid workers and other witnesses have posted footage of fighting and destruction in real time, making this war one of history’s most visually documented.

“With such prevalent access to the internet, it means that soldiers can upload things to show people the experiences they’re having right now,” said Matthew Moss, a weapons historian who uses open-source material — data posted publicly on social media and other digital platforms — to track modern warfare.

Widespread access to cellphones and the internet means virtually anyone can find an unvarnished look at the war from the point of view of residents and fighters.

“This isn’t the news videotaping this; a lot of what you guys are using for your footage is from people like me, from a cellphone,” said Paul Smith, an American-born soldier in the Ukrainian army. Online, he goes by Yuri.

Smith regularly posts combat videos to Instagram, YouTube and other platforms. His content has millions of views, and ranges from front-line perspectives of firefights to lighthearted clips set to Fleetwood Mac music.

Maria Kurinna helps to manage the ZMINA Human Rights Center’s pursuit of verified footage in the hope that it can be used as evidence in international courts. To Kurinna, an international advocacy adviser to ZMINA, the high volume of footage represents a new era in accountability.

For front-line footage to hold up in court, stringent standards have to be met.

“If we don’t know who exactly made the photo, when the person made this,” Kurinna said, “it’s basically like a waste of time.”

Investigators have various methods of verifying open-source imagery. Each file carries associated metadata, a digital signature that provides clues on when the file was created or on what kind of device.

Videos and photos are shared and reshared online, sometimes in ways that mask or overwrite the file’s original metadata. If location data is not included in a file’s metadata, researchers hunt for markers in the footage itself that might indicate the location. Landmarks, the weather and even shadows are analyzed and cross-referenced with satellite footage and other verified imagery to determine location. Researchers often have to follow a long, twisted online grapevine to find the origin of a file.

“Are they filmed when they were posted? Have I seen this before?” Moss said. “Those are things we’ve got to take into consideration.”

But accountability is not necessarily the main driver for those creating footage or for those collating it. Smith said he started recording footage from his missions simply for the sake of it and did not plan on releasing any of it until a friend posted one of his clips without his permission.

“The cat was out of the bag,” he said. “I decided that I was going to roll with it.”

And, for Moss, posterity is as much a motivator as anything else.

“There’s a broad range of reasons why collecting this sort of data is so important,” he said. “But for me, personally, it’s a desire to understand the very human nature of conflict and the experience that people are having on the ground.” 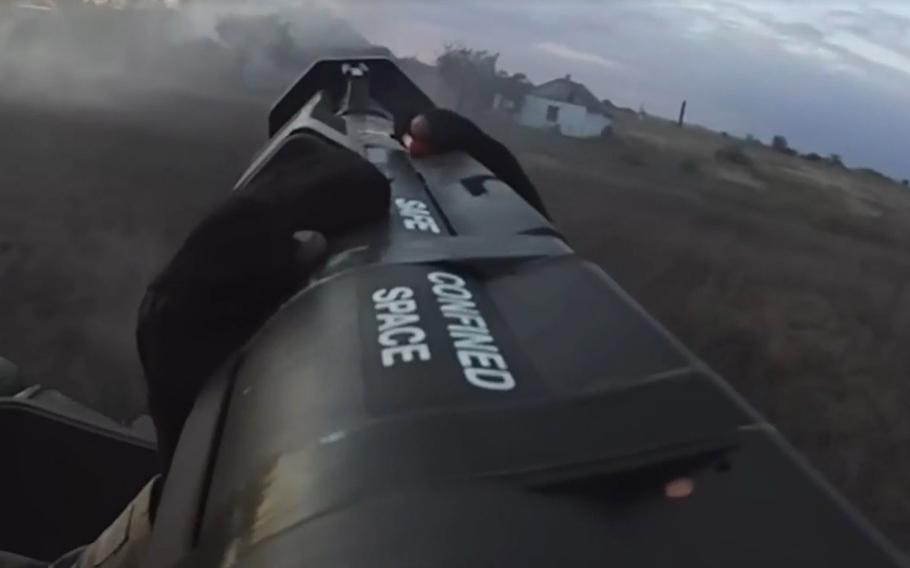