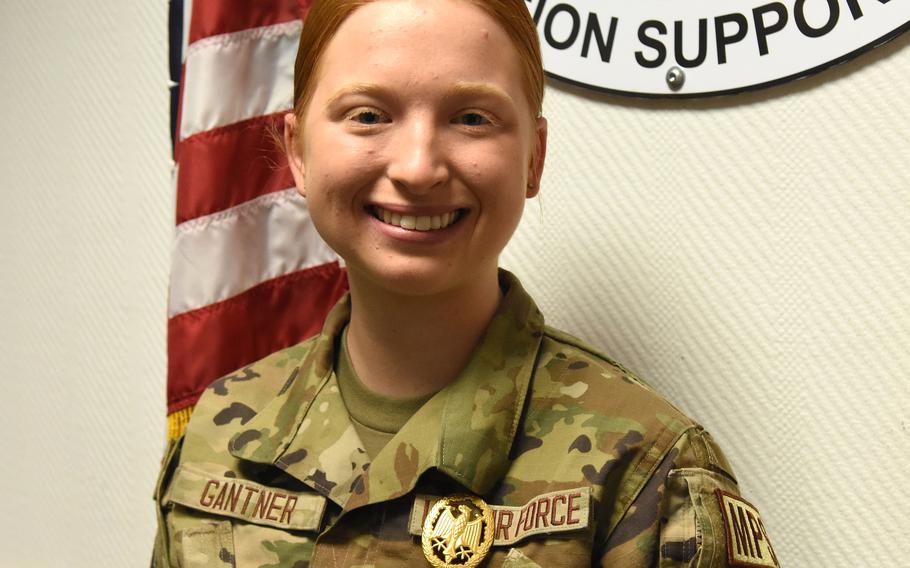 RAMSTEIN AIR BASE, Germany — Airman Emma Gantner felt like the underdog when she and 24 other service members recently competed in a three-day test of physical and mental toughness.

A postal clerk, Gantner, 20, was the only woman in the group vying for the German Armed Forces Badge for Military Proficiency. It is one of the few foreign military badges authorized to be worn by U.S. Air Force, Army and Space Force members.

Airmen must show their stamina on land and in water, shoot with precision and display all manner of speed, strength and agility.

When the test ended, Gantner ended up on top with a perfect score.

Gantner developed blisters and a sore back on a 7.5-mile ruck march, which she said was the hardest event. She ran parts of it to keep pace with the group, her small frame shouldering a 33-pound pack.

“When I finished the ruck and they told me I was the top performer, it was so motivating,” Gantner said Wednesday. “(The pain) was worth it.”

Tasks to be completed include a timed 100-meter swim in uniform, shooting with a German military pistol and the ruck march.

The German military fitness test also must be conquered, including a 1,000-meter run, a pullup bar hang and sprinting drills.

Gantner especially excelled on the pullup bar, holding herself up for nearly two minutes.

She and three others are among the few from the postal career field ever to earn the badge, Ramstein officials said. 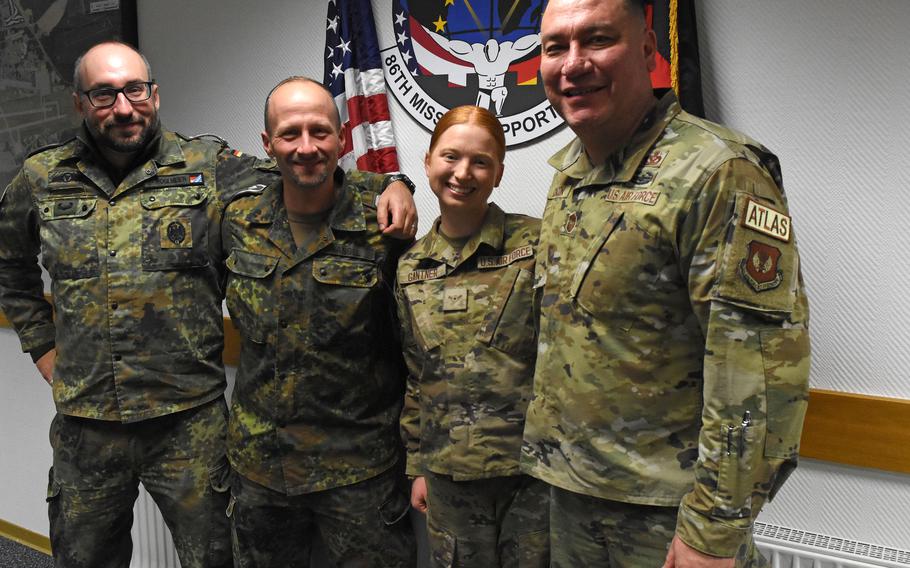 When he met Master Sgt. Frank Roglmeier, one of two German airmen at Ramstein who administer the test, Chacon asked if airmen from support units could compete.

“He was like, ‘Whoever wants to show up that has the warrior mindset … have ‘em show up. There is no (career field) tied to it,’” he said.

After Chacon asked supervisors to see who might be up for the challenge, Gantner, with encouragement from her co-workers, came forward.

“I’m kind of athletic and I love that type of stuff,” she said.

But they had only about one week to get ready, Chacon said.

Gantner earned the overall equivalent of “an A+++,” according to Roglmeier and German armed forces Senior Master Sgt. Benjamin Angel.

When Gantner approached two minutes hanging on the pullup bar, “there was silence” because of the surprise of it, Angel said.

The task that usually gives U.S. service members the most trouble is the 100-meter swim, the Germans said. It has to be done in four minutes or less, in uniform. 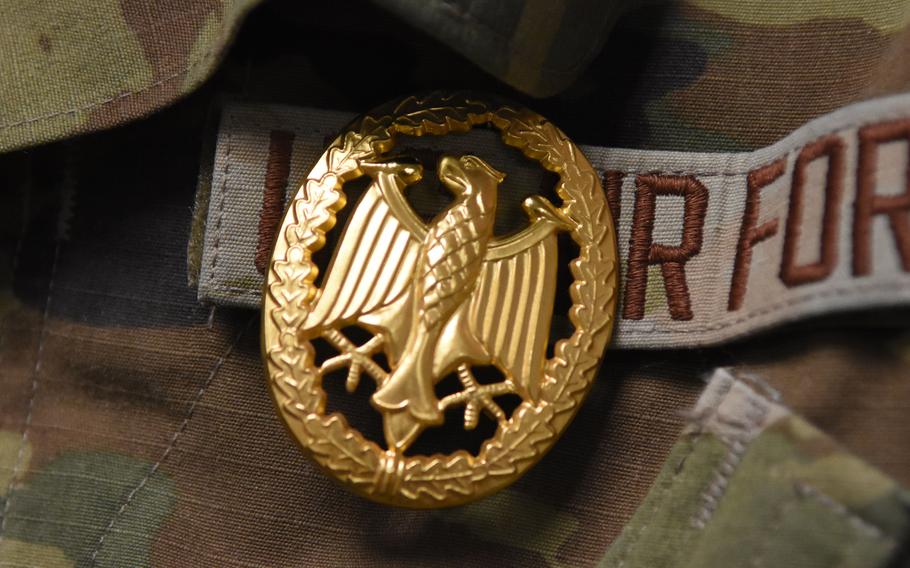 Airmen at Ramstein Air Base in Germany have the opportunity to earn the German Armed Forces Badge for Military Proficiency, a foreign military decoration authorized to be worn by U.S. Air Force, Army and Space Force members. The decoration comes in gold, silver and bronze, which are awarded based on level of performance. (Jennifer H. Svan/Stars and Stripes)

“We usually kick out 20% or 30% because the swim part is tough,” Roglmeier said, adding that it’s always the first event because of the high failure rate.

This time, however, only one person dropped out after the swim, Roglmeier and Angel said.

A competitive swimmer growing up, Gantner had no problem in the pool.

Roglmeier and Angel offer testing for the badge two or three times per year, depending on interest. Of the 25 who started in Gantner’s group for the three-day event, 22 earned the badge: 19 U.S. airmen, two Space Force guardians and one Spanish air force member.

Four, including Gantner, earned a gold rating, symbolized by a gold eagle worn on the service dress uniform.

Angel estimates that about 800 people have earned the badge in the 10 years he has administered the test.

The program promotes cooperation between the U.S. and Germany, Roglmeier said. Those who earn the badge “will always wear a part of Germany with them,” he said.

Chacon doesn’t know how many postal airmen have earned the decoration but suspects that the numbers are low.

Up until recently, “these opportunities were just not given to many noncombat career fields,” he said.

Gantner said her performance boosted her confidence. She’s considering a new military career field where she can put to use some of those same skills she demonstrated on the test.

Whatever she chooses, “you’re no longer the underdog,” Chacon kidded her. “Now you’re the big dog everyone’s trying to catch.”